Kim made the request during his talks with Elzbieta Witek, the speaker of the Sejm, the lower house of the Polish parliament, in Warsaw on Friday. Poland is the first leg of his two-nation trip that will also take him to Romania.

Kim used the meeting to call for his Polish counterpart's support in the process of finalizing the arms export deals, under which South Korean firms are to supply 48 FA-50 jets, 980 K2 battle tanks and 648 K9 howitzers to Poland.

Late last month, the Polish government and South Korean defense firms signed the "framework agreements," which set the basic contours of the export deals. More details will be worked out to finalize those deals, according to Seoul officials.

In response to Kim's request, Witek said that arms industry contracts and their enforcement would proceed in a "transparent" manner.

On South Korea's push to host the 2030 World Expo in its southeastern port city of Busan, Witek said that Poland will support the South should Ukraine, currently at war with Russia, give up on its application.

Poland reportedly plans to build six new nuclear reactors under a project that runs through 2043. 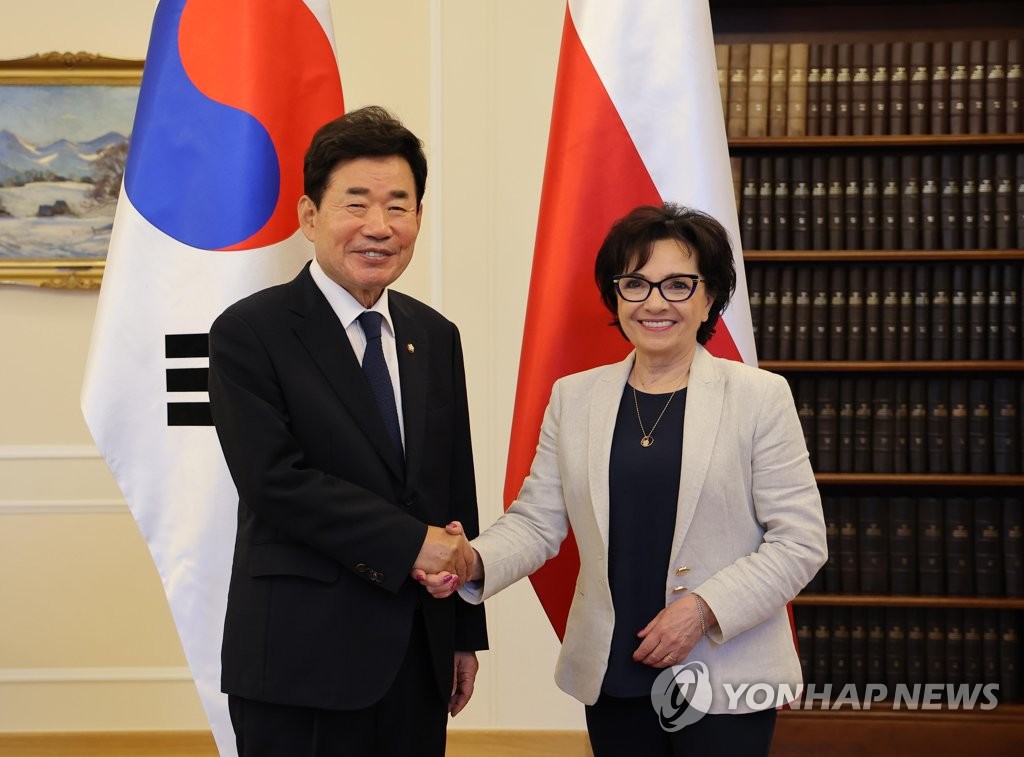