SEOUL, Aug. 7 (Yonhap) -- Tottenham Hotspur's South Korean star Son Heung-min is off to a fine start to the new Premier League season, picking up an assist in the club's season-opening victory at home. 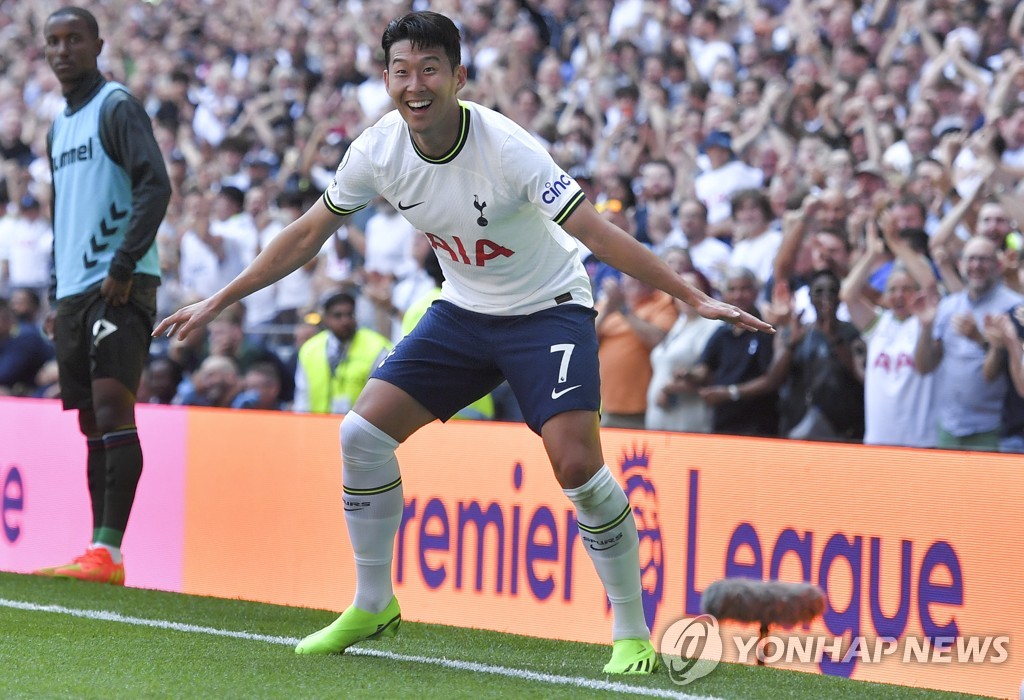 Son took a corner just past the half-hour mark, awarded after his close-range shot was turned aside by goalkeeper Gavin Bazunu. After Spurs failed to score on the initial chance, the ball landed back on Son's feet on the left wing. Sizing up the defense, Son sent a low cross toward the middle, and Dier went down and redirected it home with his head to give Spurs a 2-1 lead.

James Ward-Prowse had opened the scoring for the visiting side a dozen minutes in, before Ryan Sessegnon pulled Spurs even in the 21st minute.

In the dying moments of the first half, Son got deep into the box but airmailed a right-footed shot. 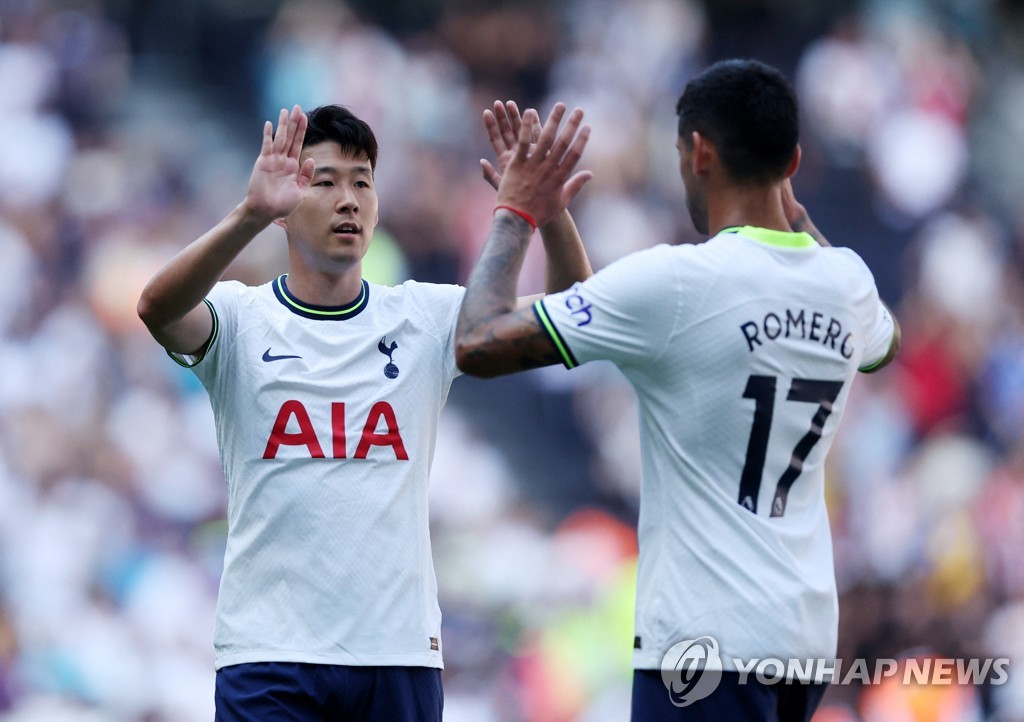 Spurs built a 3-1 lead at the hour mark thanks to an own goal by Mohammed Salisu. On a counterattack chance, Son passed the ball to Emerson Royal on the left wing, and Salisu ended up deflecting the ball into his own net.

Only two minutes later, Dejan Kulusevski scored with his left foot for a 4-1 Tottenham lead. 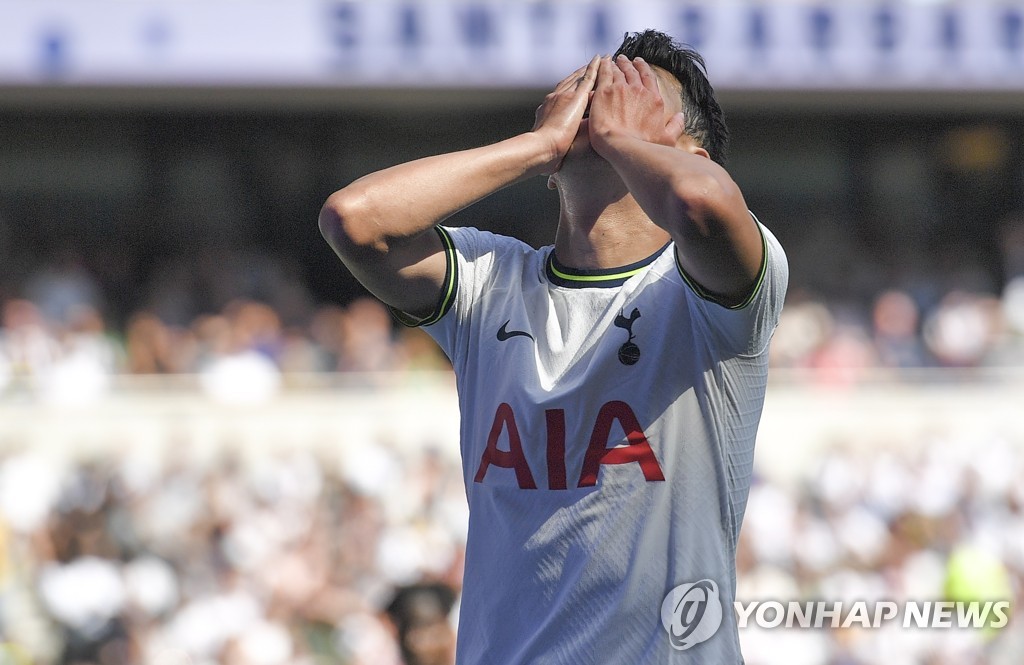 Son had a couple of other looks at the net without putting one into it. In the 68th, Son's left-footed attempt from the center of the box went off the hand of a defender, but no penalty was called. Then in the 83rd, Son rolled a shot right to Bazunu, after taking a pass from Harry Kane just inside the box. 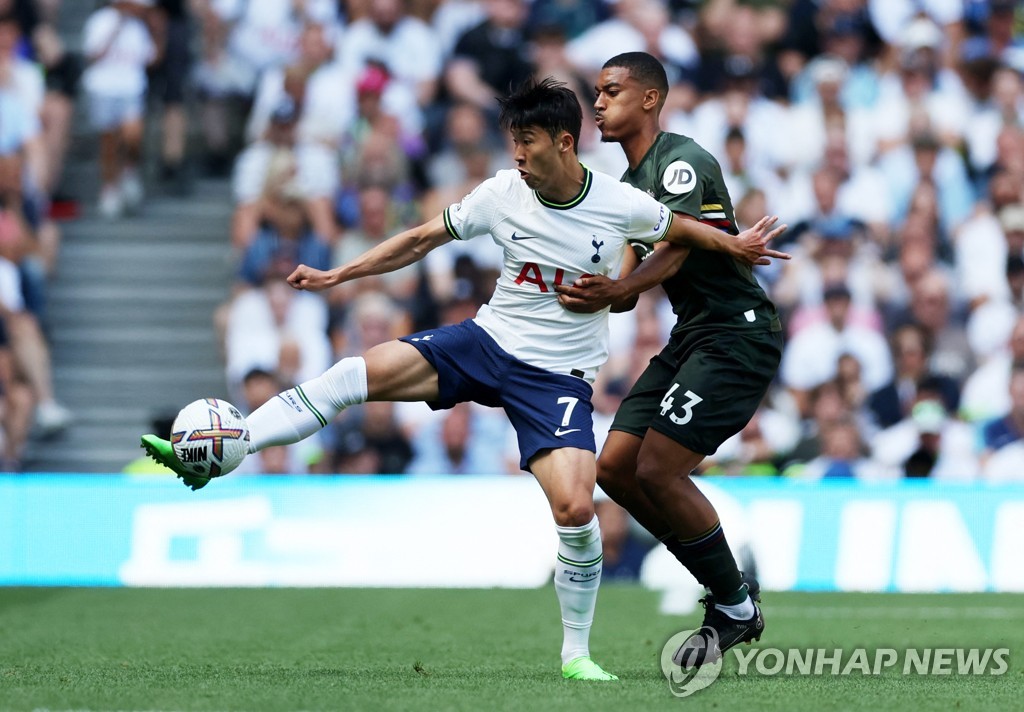 Last season, Son tied Mohamed Salah of Liverpool for the Premier League lead with 23 goals. He became the first Asian player ever to win the Golden Boot in Premier League history.

Son will now try to become the first player to win consecutive Golden Boots since his teammate Harry Kane did so in 2016 and 2017. 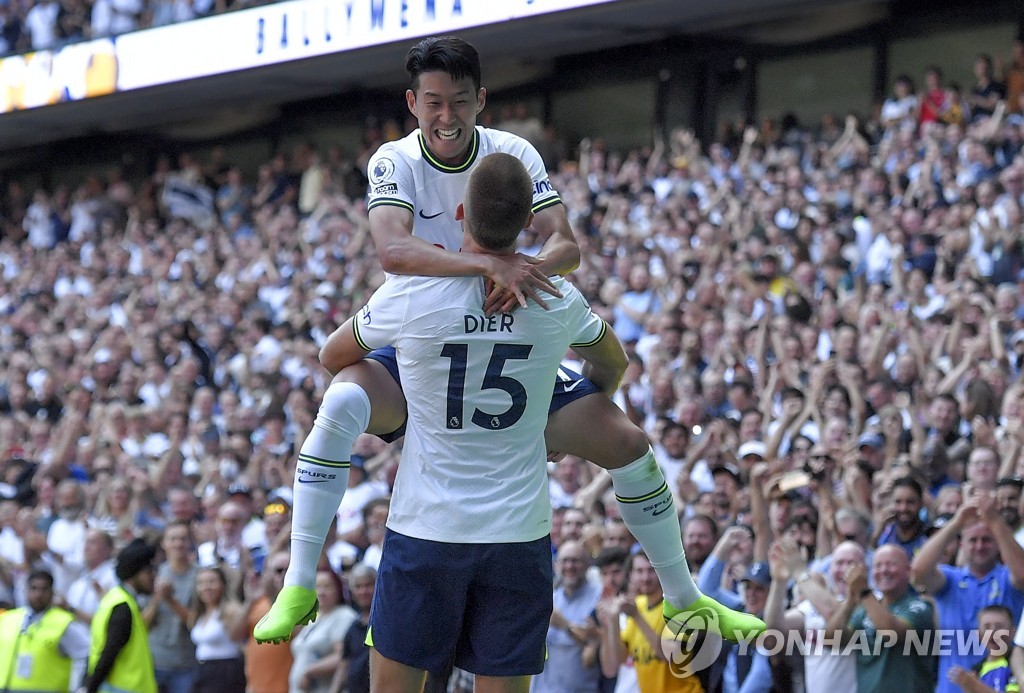 Also on Saturday, Hwang Hee-chan of Wolverhampton Wanderers, the one other South Korean in the Premier League, also recorded an assist in his season opener.

Hwang assisted on Daniel Podence's goal in the sixth minute against Leeds United at Elland Road in Leeds, England. But Wolves conceded two unanswered goals, including an own goal by Rayan Ait-Nouri, en route to a 2-1 defeat.

Hwang got the start as the striker and was subbed out in the 85th minute in favor of Chem Campbell. 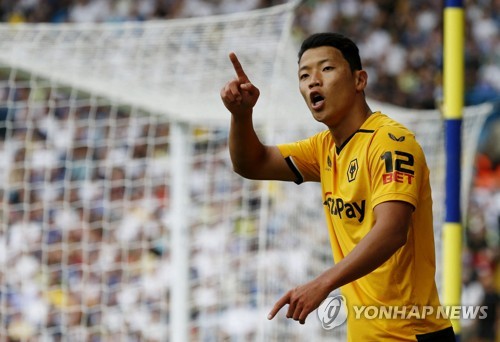 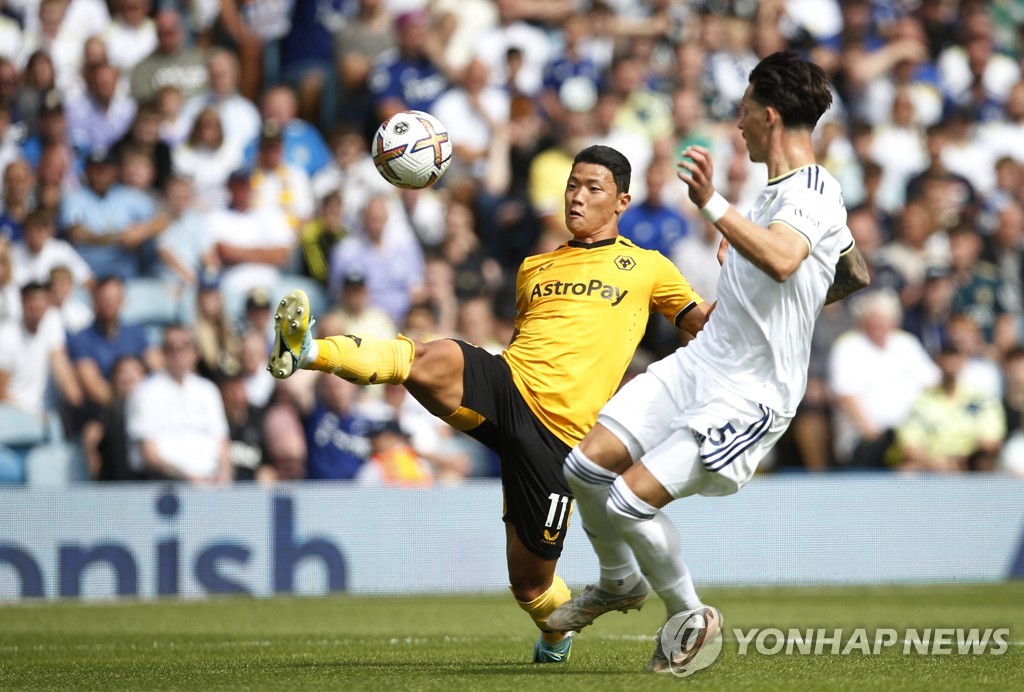