Kim shot a blistering final round of nine-under 61 to capture the Wyndham Championship by five shots over countryman Im Sung-jae and Korean-American John Huh at Sedgefield Country Club in Greensboro, North Carolina, on Sunday (local time).

Kim finished at 20-under 260 and cashed in a winner's check of US$1,314,000.
Kim, 20, is the first golfer born in the 2000s to win on the top men's tour. He is also the ninth South Korean to find the winner's circle in the PGA, joining Choi Kyoung-ju, Yang Yong-eun, Bae Sang-moon, Noh Seung-yul, Kim Si-woo, Kang Sung-hoon, Im Sung-jae and Lee Kyoung-hoon. 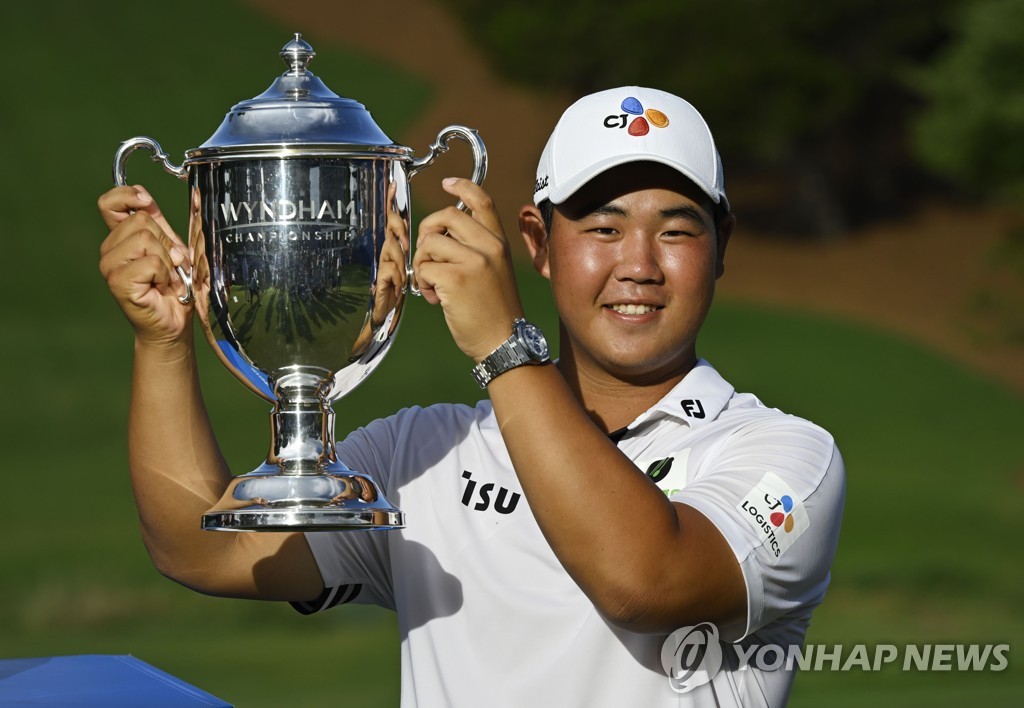 Kim has been playing on the PGA Tour since mid-July on a "special temporary membership" and has now secured full-time playing privileges for next season with this victory.

"I can't believe it. I am speechless right now," Kim said in his post-victory interview with CBS. "I've worked really hard to get to this point."

Kim said winning on the biggest men's tour was "a dream come true" but added, "This is just the beginning."

"I am still trying to process the whole thing. Right now, the only thing I can think of is to keep doing the best I can," Kim said in a separate interview with a Korean cable station, JTBC Golf. "This was a long day, and I am thankful that I was able to stay composed and play well." 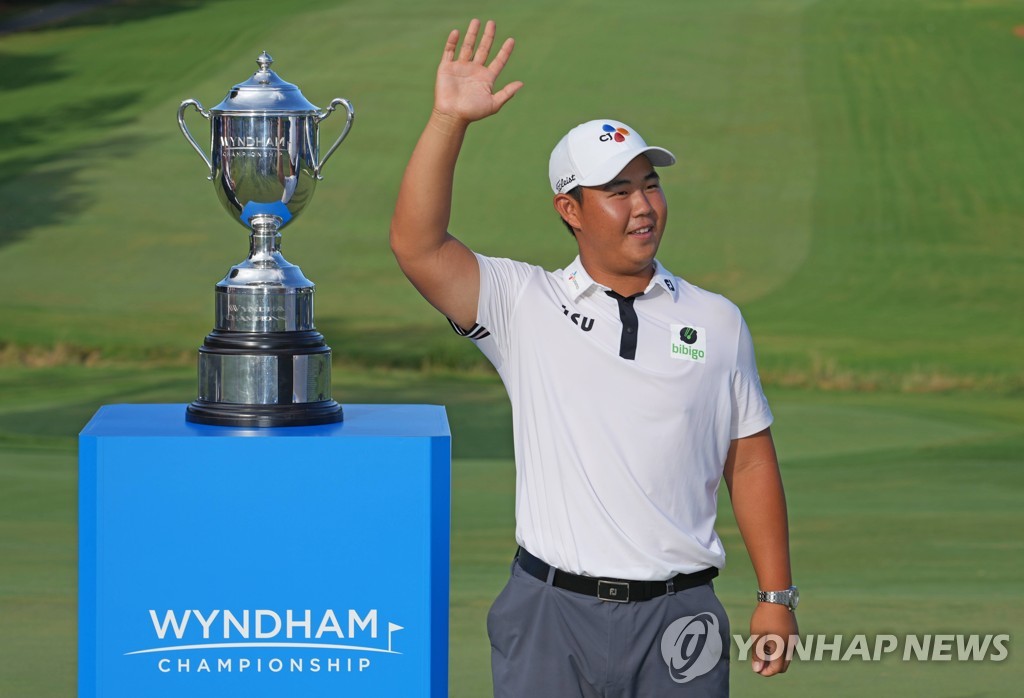 The Wyndham Championship was the final tournament of the tour's regular season, and the top 125 in the FedEx Cup points standings qualify for the playoffs each season. Kim, a nonmember, made it to the playoffs by virtue of this victory, and knocked No. 125 Matt Wallace out the competition. 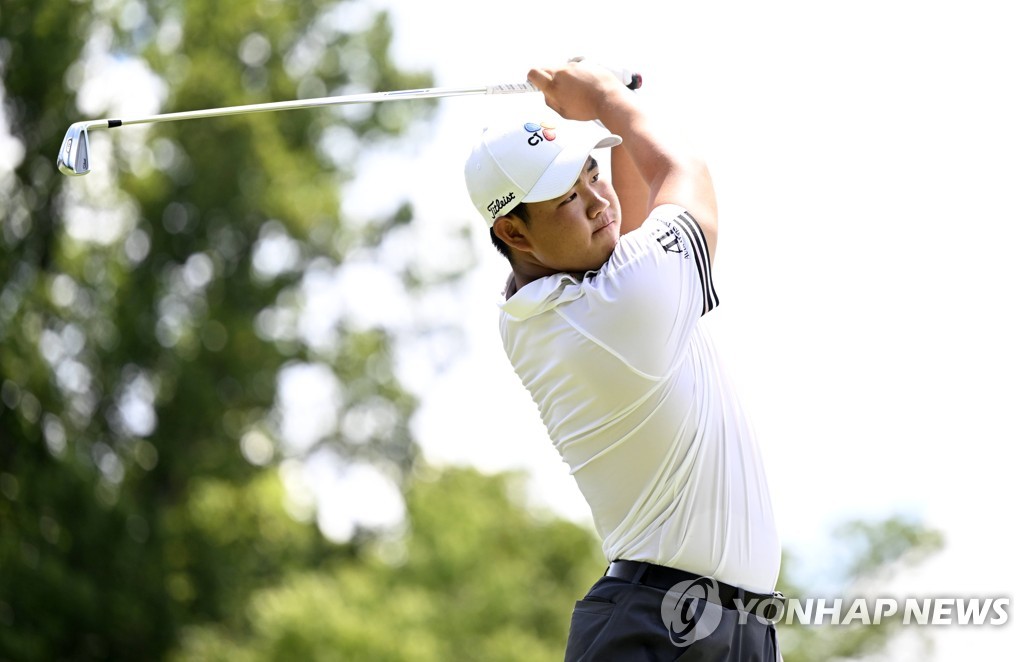 With the Wyndham Championship interrupted by inclement weather, most players had to complete their third round Sunday before starting the final round. Kim posted a two-under 68 in the third round to reach 11-under.

After a par on the opening hole of the final round, Kim went on a tear, reeling off four birdies and an eagle over his next five holes to charge up the leaderboard. Thanks to birdies at the eighth and the ninth, Kim shot eight-under on the front nine alone. 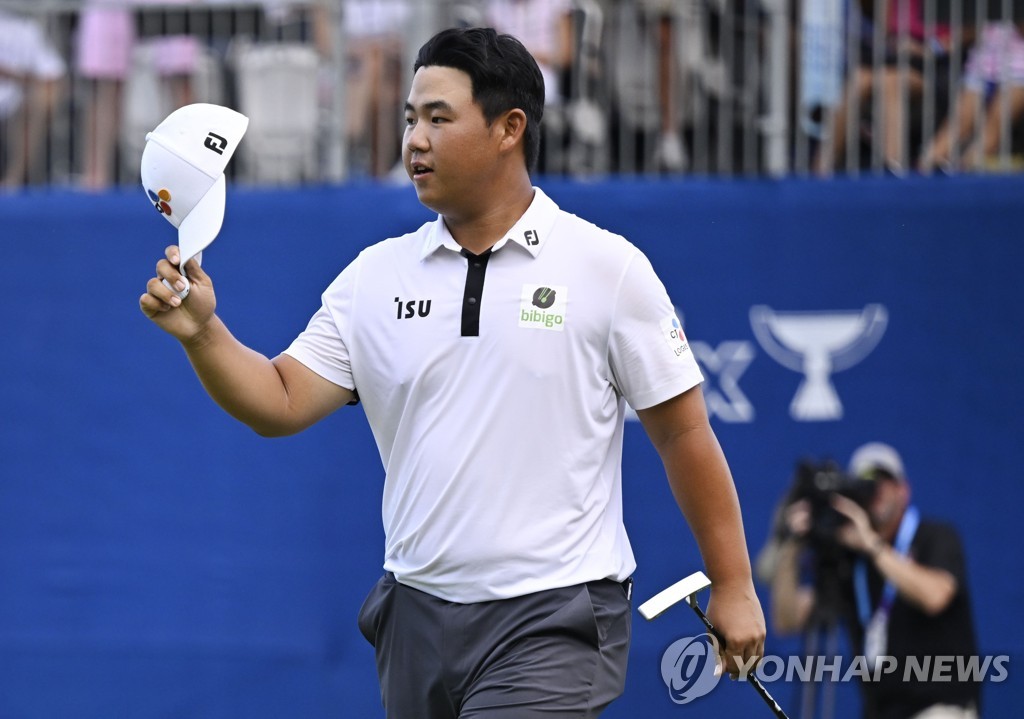 Kim had a hiccup with a bogey at the 10th. But after four straight pars, Kim picked up birdies at the 15th and 16th to 20-under, good for a four-shot lead with two holes to play.

It was cruise control from there, and Kim drained a long par putt on the 18th green to cap off his breakthrough win. 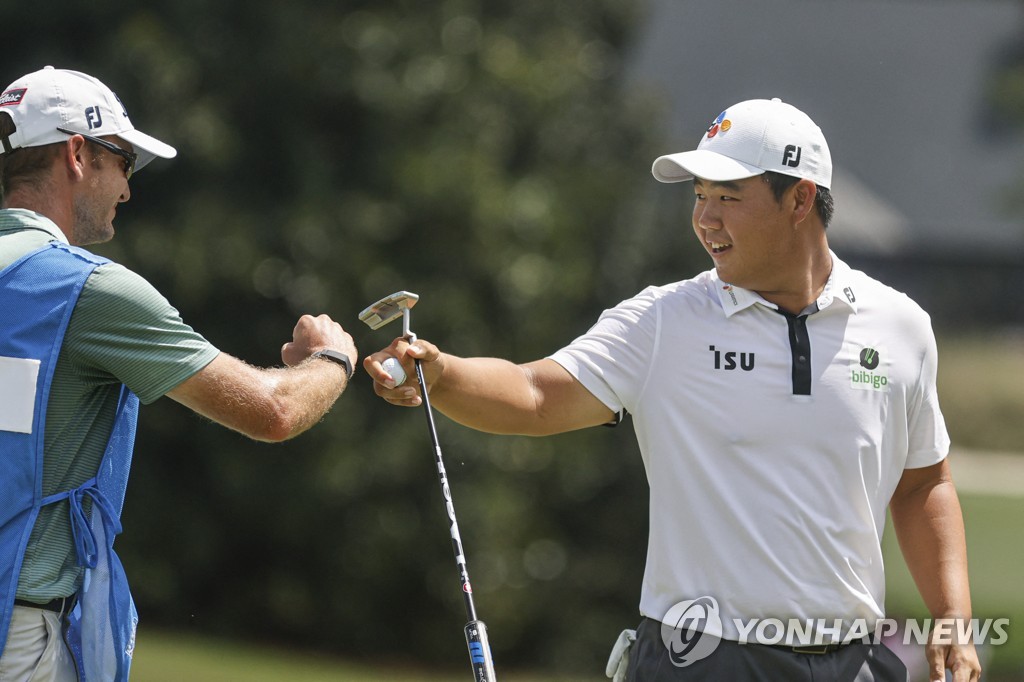 Kim had a disastrous quadruple bogey on his very first hole of the tournament Thursday. He found the rough off the tee and stayed in the tall grass after his second shot. From there, he missed the green long and needed three shots just to land on the putting surface. Kim then two-putted for the dreaded snowman on the scorecard.

Kim is the first player since 2003 to win a PGA tournament after a quadruple bogey or worse on hole No. 1.

"I stayed very patient this week," Kim told CBS. "(After the quadruple bogey), I started to laugh it off and tried to stay in the moment."

Kim then added with a laugh: "I can't believe I won this tournament after the quad on the first hole. Hopefully, that doesn't happen again."

Though this was Kim's first win on the PGA Tour, he already had seven other professional victories -- two on the Asian Tour, three on the Asian Development Tour and two on the Korean Tour. Kim was the leading money winner on the Asian Tour during the pandemic-interrupted season that began in 2020 and concluded this year. 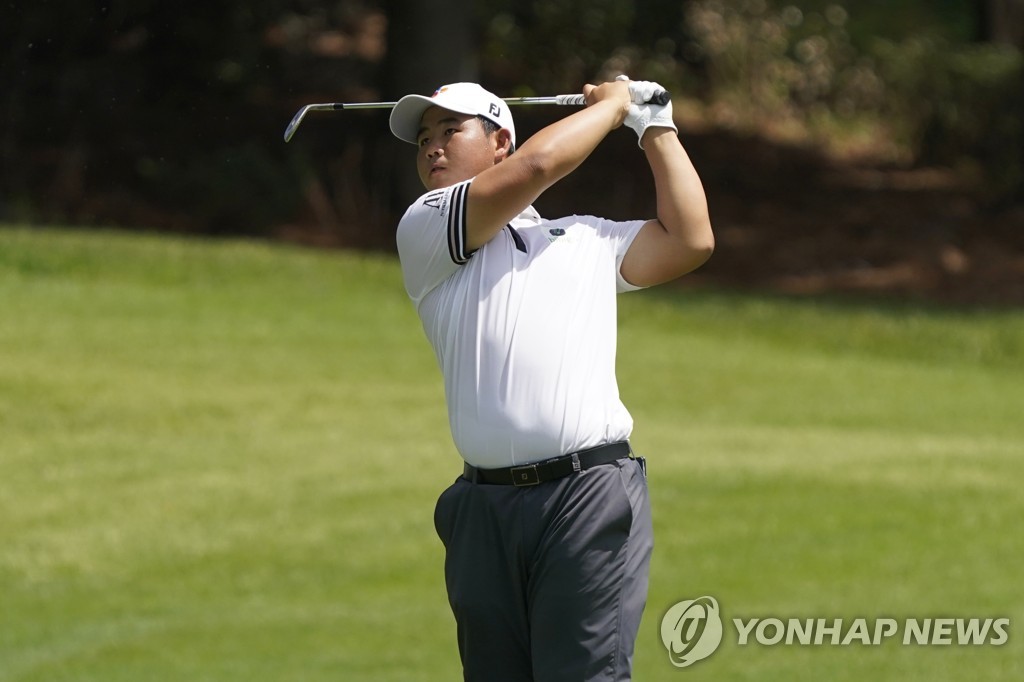