SEOUL, Aug. 8 (Yonhap) -- The year 1982 was a watershed one for baseball in South Korea. The country's professional league, the Korea Baseball Organization (KBO), was launched that spring. In the fall, South Korea won the Amateur World Series, the world championship, on its home soil over Japan.

Amateur stars waited an extra year to turn professional just so that they could play in this tournament. Once they joined the KBO, a few of them carved out wildly successful pro careers.

And as part of its ongoing celebrations of its 40th anniversary, the KBO named four members from the 1982 world championship team to its commemorative "40 Legends" team Monday. 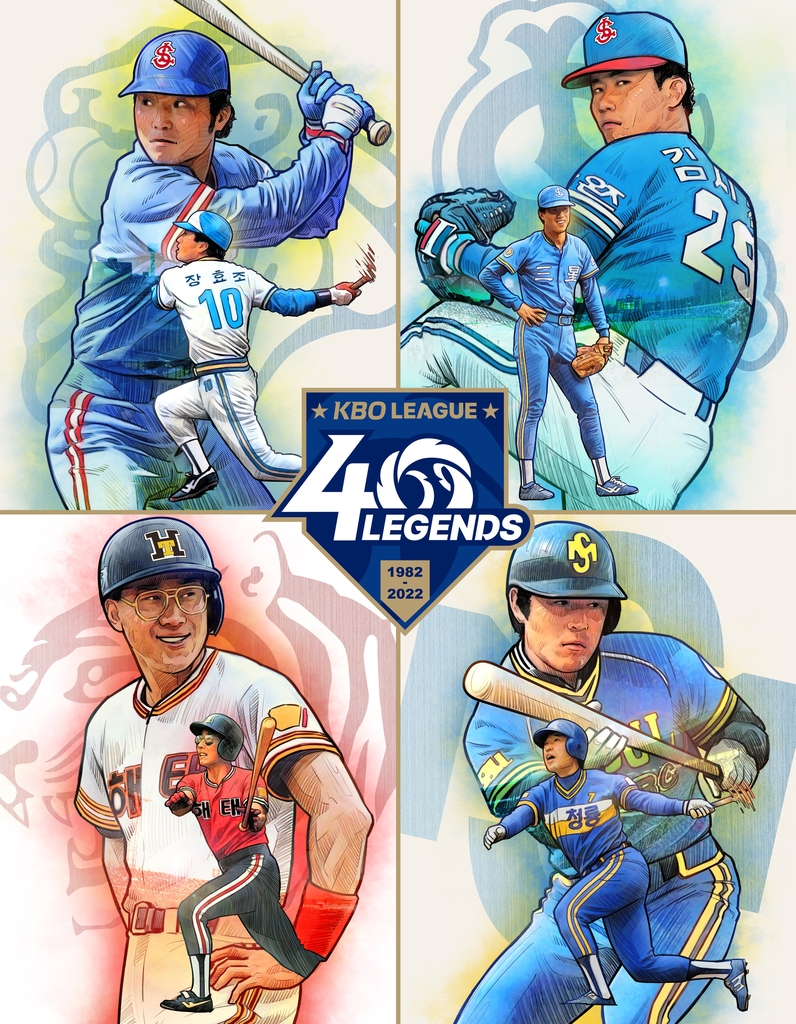 Jang, who ranked sixth in the voting by a panel of experts and fans, was synonymous with hitting in the 1980s while playing for the Samsung Lions. He won four batting titles in a five-year span, starting in his rookie season in 1983, including three in a row from 1985 to 1987. Jang also led the league in on-base percentage and slugging percentage as a rookie. He remains the only player in KBO history to win three consecutive batting titles. He retired after the 1992 season with a .331 lifetime average, the second-highest mark all time among hitters with at least 3,000 plate appearances.

Jang ranks first in KBO history with a career .427 on-base percentage and led the league in that category six times. For his career, Jang drew 506 walks but struck out just 289 times in 964 games. 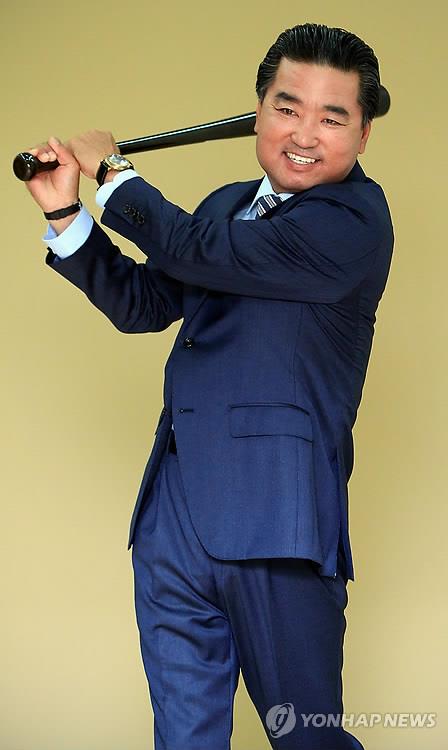 With Jang leading the way at the plate, right-handed ace Kim Si-jin took care of business on the mound for the Lions in the 1980s. Checking in at No. 20 in the 40 Legends team voting, Kim became the first KBO pitcher to reach 100 career wins in 1987, his fifth season.

Jang and Kim spent their entire careers together. They played for the Lions from 1983 to 1988 and then got traded together to the Lotte Giants, where they played until 1992. 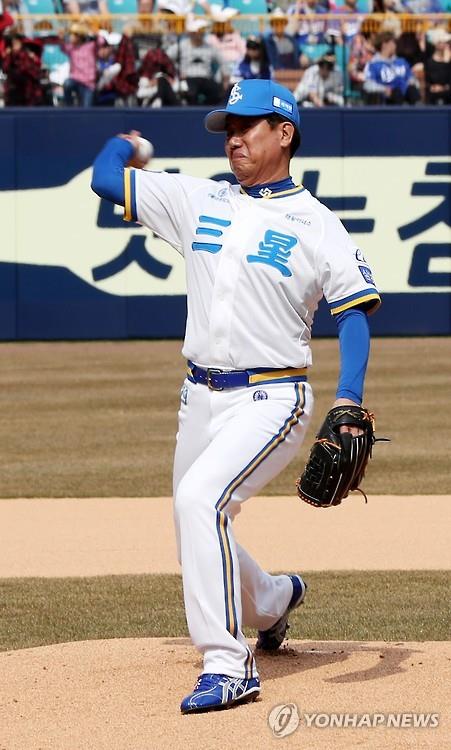 In his first game as a Giant, Kim threw 219 pitches in a 14-inning complete game victory over the OB Bears on April 14, 1989. He still holds the records for most innings and most pitches by a winning pitcher.

Han Dae-hwa, 28th in the voting, was the star third baseman for the Lions' nemesis in the 1980s, Haitai Tigers. He had a star turn in the final of the 1982 world championship, hitting a go-ahead, three-run home run against Japan in the eighth inning to seal South Korea's victory. By 1986, Han had blossomed into the KBO's most complete third baseman.

He ranked top five in home runs every year from 1986 to 1991, with the Tigers reeling off five Korean Series titles in that stretch. Han won Golden Gloves in all six of those years, and his best season came in 1990, when Han led the KBO in batting average and on-base percentage, while ranking second in hits, RBIs and runs. 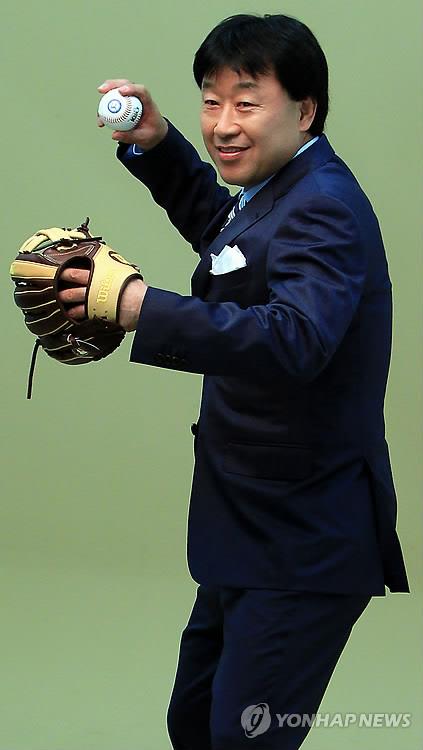 Kim Jae-bak became a national hero during the 1982 world championship final, when he laid down a squeeze bunt on a pitch out by jumping out of the batter's box. That play plated the tying run and set the stage for Han's three-run blast.

Kim had been one of the country's top semi-pro stars. As a pro, he made three late-season cameo appearances for the MBC Blue Dragons in 1982 and had his KBO rookie campaign in 1983 as a 29-year-old. Kim made the most of his limited playing career, though, winning four straight Golden Gloves at shortstop from 1983 to 1986. He finished 31st in the 40 Legends voting.

These four legends will be celebrated before home games of their former teams in the coming weeks. For Jang, who passed away in 2011, his family will be on hand for the ceremony. 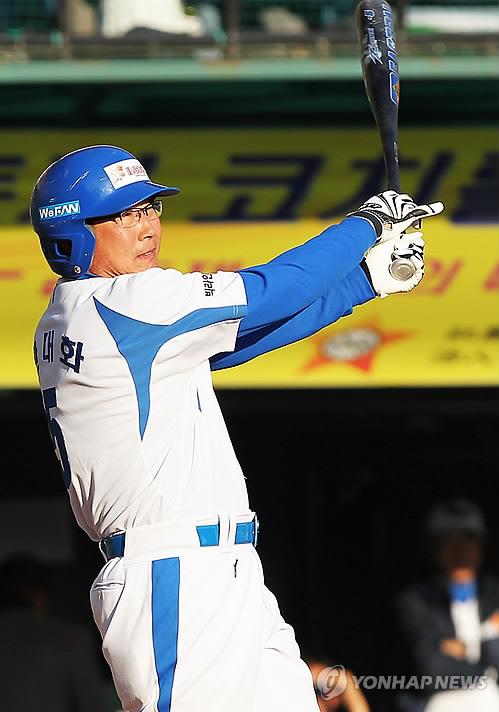