YG Entertainment teased the album by posting a promotional poster on its official blog. The poster shows a logo for the upcoming project, an artwork featuring fangs and the release date, "2022.09.16."

The album will include "Pink Venom," a new song that the band is set to prerelease Aug. 19. But information on other tracks, including the lead single, remains unknown.

The upcoming album will mark the band's first project with all four members in one year and 10 months. The last release by the entire group was in October 2020 with the band's first full-length album, "The Album," including the main single, "Lovesick Girls," and "How You Like That," a prereleased song. 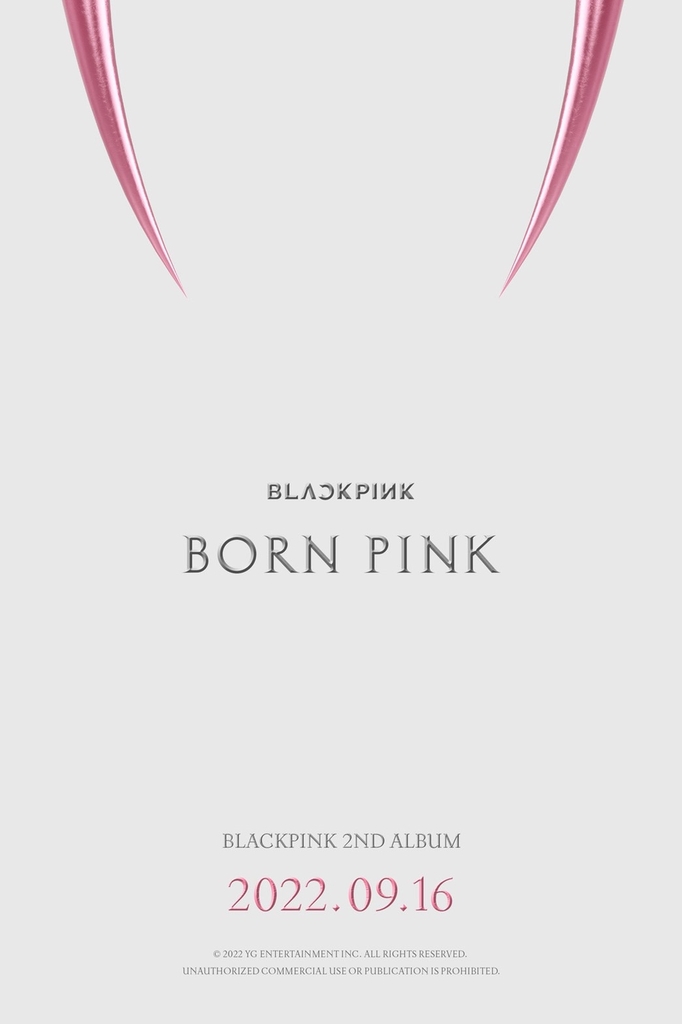 After the new release, BLACKPINK will begin a massive world tour in October.

YG released the first teaser poster for the "Born Pink" world tour on social media Tuesday, which showed the tour will kick off in Seoul on Oct. 15-16 and continue in North America, Europe, Asia and Oceania until June next year.

The group will hold a total of 36 concerts in 26 cities around the world during the tour, which is expected to attract about 1.5 million fans if all of the shows are sold out, according to the agency. 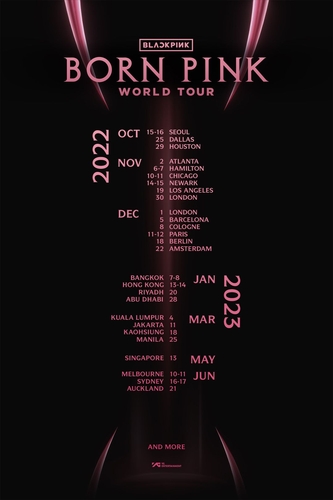