In the "solidarity letter" sent to the party's central committee the previous day, the WPK also called the U.S. House of Representatives' trip a "serious infringement" of Beijing's sovereignty, according to the official Korean Central News Agency (KCNA).

"The WPK Central Committee said in the letter that the public junket to Taiwan, made by an incumbent U.S. high-ranking official despite China's strong protest and solemn warning and the universal opposition of the international community, was a serious infringement on China's sovereignty and territorial integrity and an unpardonable political provocation aimed to defame the authority of the CPC and disturb the successful holding of its 20th Congress," the KCNA said.

The party "bitterly denounces the U.S. shameless provocation as a grave challenge to the socialist cause of China" and "ruthless interference in the internal affairs of a sovereign state," it added.

The WPK then expressed "full support" for the CPC and the Chinese government in their "just and legitimate" steps to "resolutely repulse the U.S. arbitrariness" and pledged to continue offering full support over the Taiwanese issue.

It also condemned Washington's Indo-Pacific strategy as a "strategic scheme" to isolate and stifle socialism of North Korea and China.

Last week, Pyongyang's foreign ministry was quick in responding to Pelosi's visit to Taiwan, calling it an "impudent interference" into the internal affairs of another nation. North Korea has recently stressed its strong ties with China amid a growing Sino-U.S. rivalry. 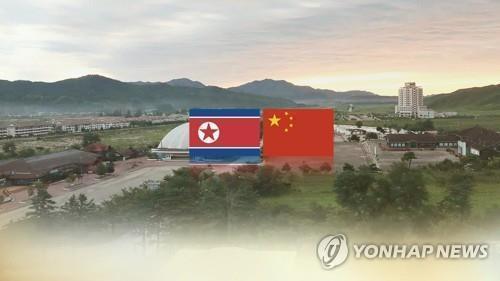