SEOUL, Aug. 10 (Yonhap) -- Back in the United States this year after two seasons in South Korea but unable to get out of the minor leagues, veteran pitcher Dan Straily figured he'd try to come back to the Korea Baseball Organization (KBO) in 2023.

But then his former KBO club, Lotte Giants, reached out at what turned out to be the perfect timing for Straily. He had been pitching in Triple-A for the Arizona Diamondbacks, but the rebuilding team didn't have immediate plans on calling up the 33-year-old right-hander, instead choosing to give younger players a look. 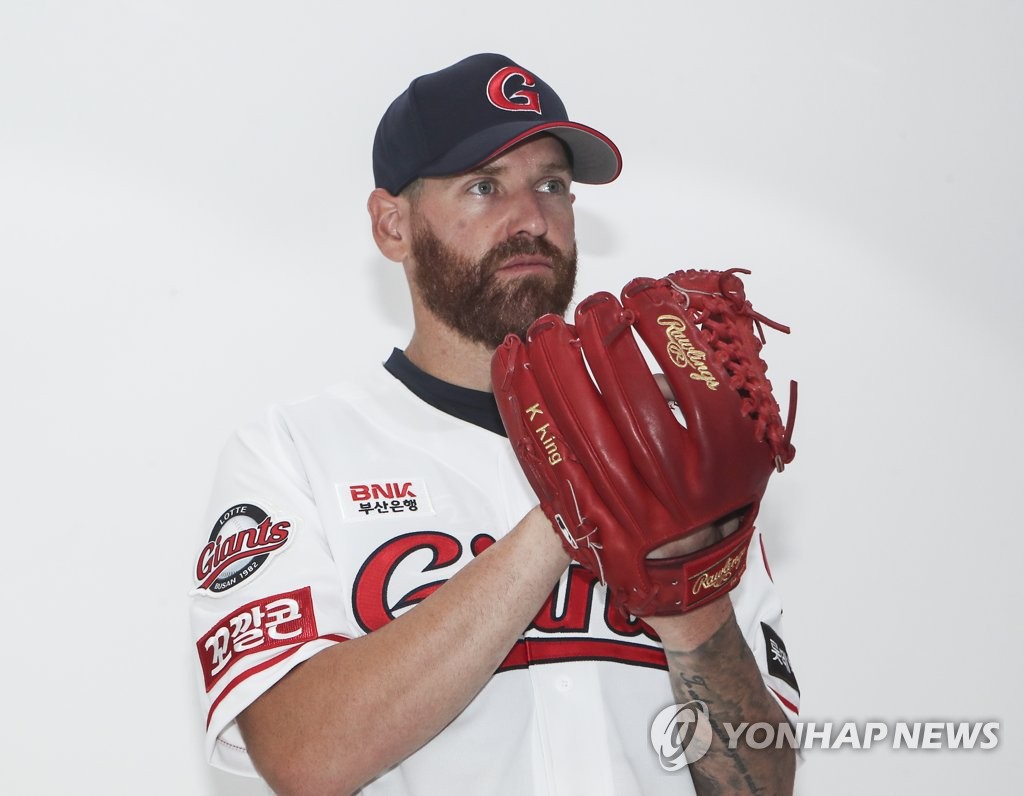 So that "next year" in Straily's plans became "next week." On Aug. 2, the Giants announced their signing of Straily to a US$400,000 deal for the rest of this season. He arrived in South Korea last Friday and rejoined the Giants in Busan, their home city located 325 kilometers southeast of Seoul, the following day.

"Just being here feels like coming home. It feels exciting to be back," Straily told Yonhap News Agency in a phone interview on Tuesday. "I walked in and everything just felt right. I felt like I was in the right place. I knew we made the right decision."

And the Giants are also hoping they made the right decision in bringing back their ace from the past two years.

The following year, Straily pitched to a 10-12 record and a 4.07 ERA, while striking out 164 in 165 2/3 innings. Though his walk rate went up and strikeout rate fell in 2021, other numbers suggest Straily was a tad unlucky as well.

And the Giants will need the 2020 version of Straily if they are to return to the postseason. 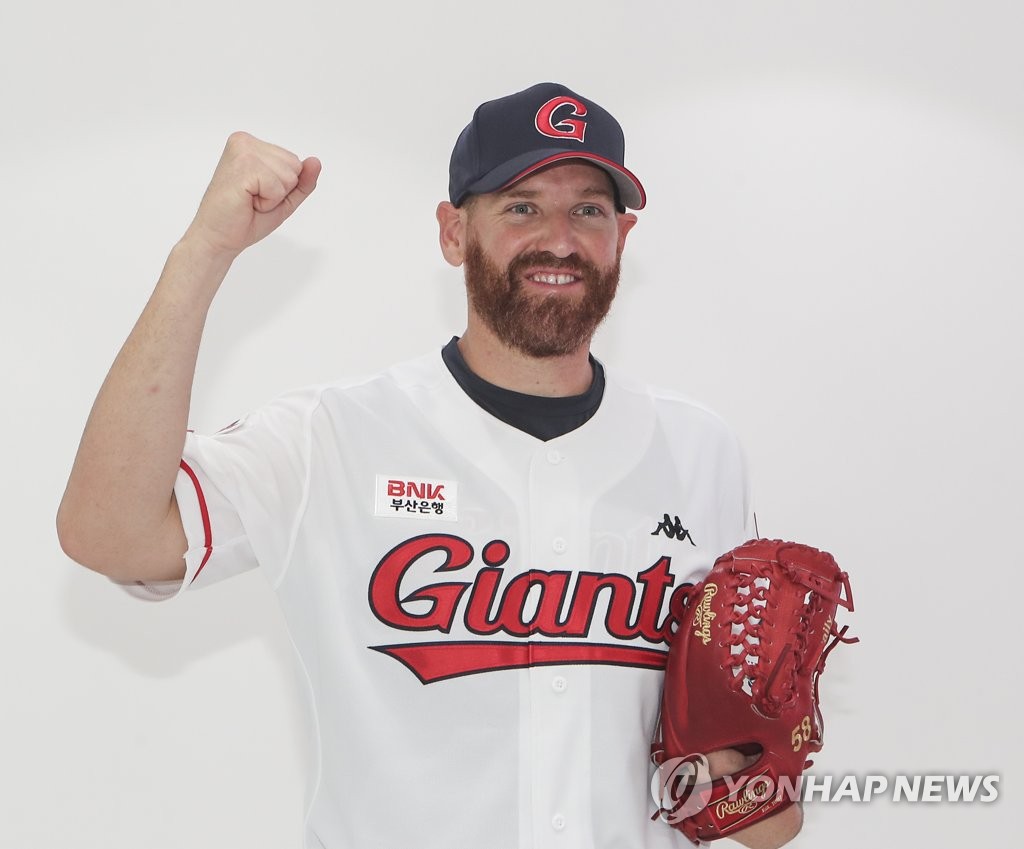 The Giants' last playoff appearance came in 2017, and that was their first trip to the postseason since 2012. They didn't come particularly close in either of the past two years, finishing nine games out of the fifth and final playoff berth in 2020, and 4.5 games back in 2021.

Straily, who will mark his KBO return Wednesday against the Kiwoom Heroes in Seoul, said he had one goal in his mind with 44 games left this season.

"Get in the playoffs," Straily said succinctly. "That's what we're here for. There's a lot that can happen inside 50 games. We've just got to play good baseball and see what happens. We show up and do the same things every day. Whether we win or lose, we show up and stick to our routine. That's what baseball players are all about. That's what we know."

During his first go-around in the KBO, Straily, in addition to being the staff ace, tried to keep things loose off the field. He made T-shirts bearing images of his teammates, and they became popular items among Giants diehards. Straily once brought a gong and clappers into the dugout to cheer on the boys on the field, hoping to provide a jolt of energy while teams played without fans during the COVID-19 pandemic. 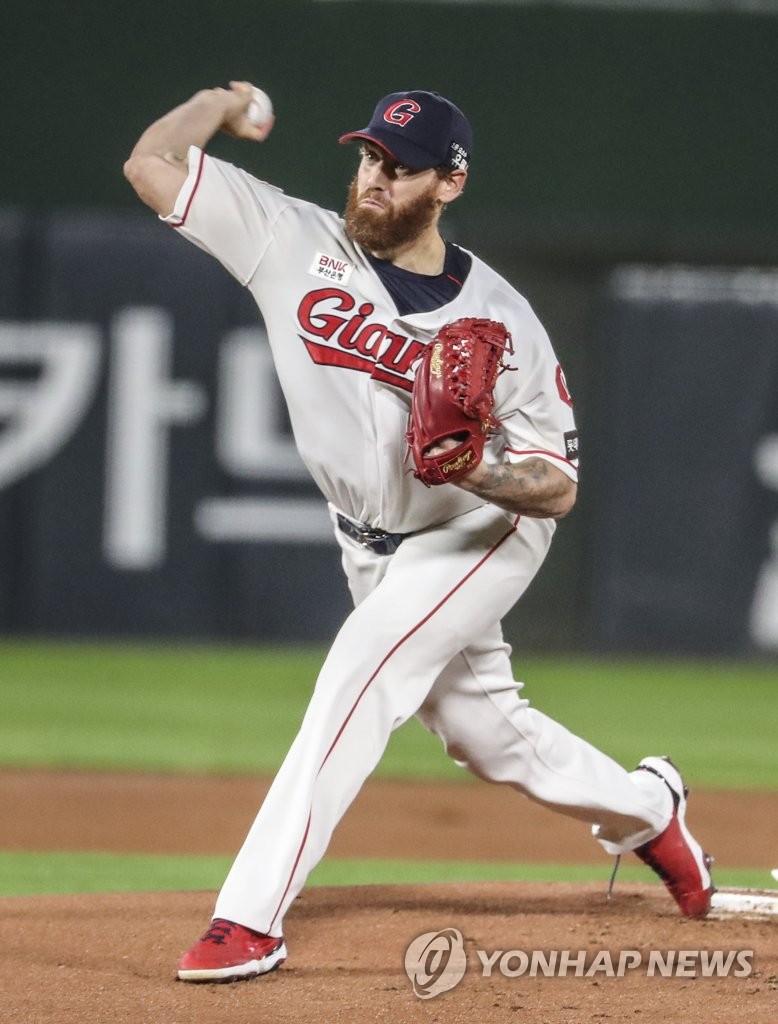 The relationships he'd formed with Lotte teammates were such that Straily continued to follow the club even from afar.

"These guys are still my brothers even though I wasn't here. And they always will be," Straily said. "Once you're teammates with somebody, you kind of have a bond with them for life, essentially. Here, with how the rosters don't change too much, it was really easy just to check in on one team."

Straily said he was particularly proud of how young third baseman Han Dong-hui was enjoying a great start to the season. The 23-year-old was named the KBO's Player of the Month for April after leading the league in batting average (.427), home runs (seven), on-base percentage (.485) and slugging percentage (.764).

Straily was also keeping tabs on the final KBO season of the veteran slugger Lee Dae-ho, who plans to wrap up his 22-year career after this season.

"I just told him that he's the reason I came back," Straily said of the 40-year-old Lee. "I told him I couldn't miss his final lap around the league." 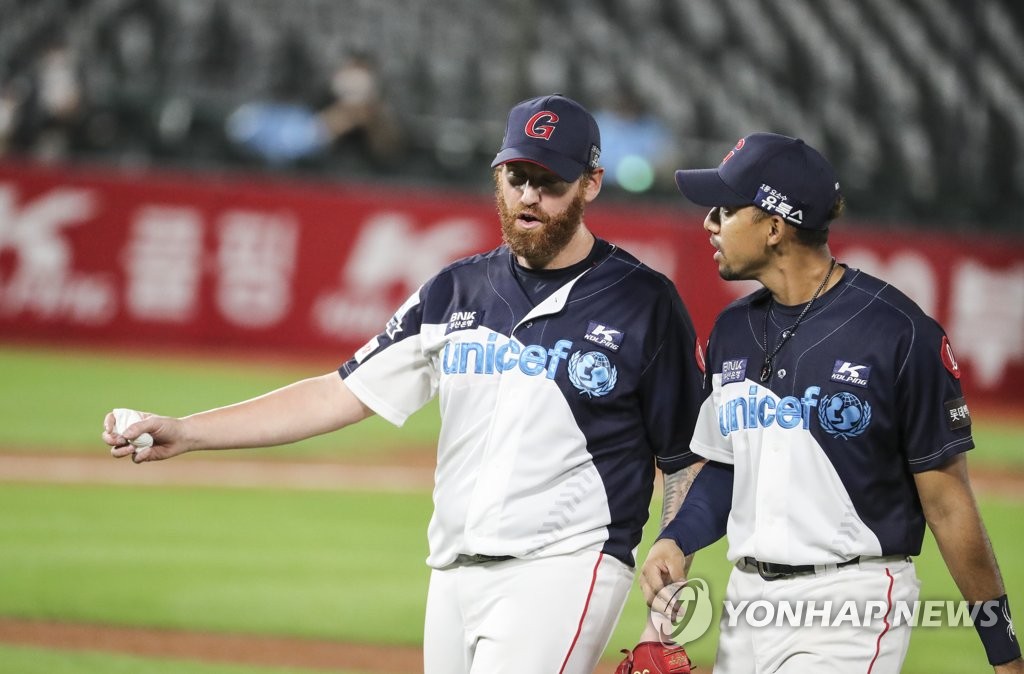 Straily also said he'd kept in touch with the Giants' first-year American pitcher, Charlie Barnes, throughout this season. Though the two didn't have prior history, Straily said he wanted to help Barnes with his adjustments to the new league, because Barnes would be playing with his ex-Lotte teammates.

"I just wanted to make sure that he had every tool available to him to get over here and be comfortable and have success as fast as he possibly could," Straily said. "Just because I wasn't here, doesn't mean I wasn't rooting for these guys and pulling for these guys."

Now that he is back with the guys, Straily is ready to contribute on the mound, too.

"I just want to go out there and give everything I have for these last few months and try to help us win as many games as possible, and try to come back to Lotte next year," Straily said. 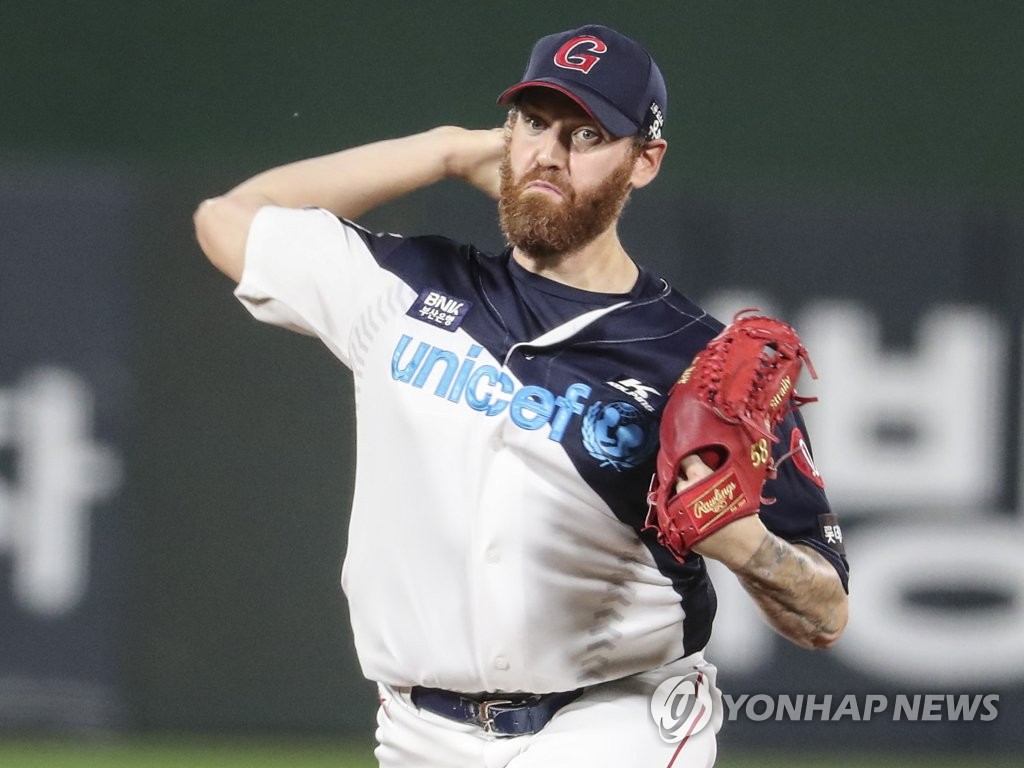