SEOUL, Aug. 11 (Yonhap) -- Starbucks Coffee Korea said Thursday it will launch an official recall of its giveaway picnic bags, after the company came under fire for handing out the merchandise containing a toxic chemical substance.

The announcement came after the company apologized over the discovery of formaldehyde in its "summery carry bag" provided to customers who purchased a certain number of drinks between May and early July.

The company started a voluntary recall on July 22 but has decided to transition the program to an official recall, which warrants government oversight and requires regular status reports to authorities.

The official recall starts Thursday and will last for two months. Customers can either return the bags in person or apply via Starbucks' mobile app and return it by mail.

Starbucks Coffee Korea said it will replace the giveaway with either a "desk module," an office desk accessory, or three free beverage coupons.

The company said it will work to enhance product quality assurance by increasing the number of employees in related departments, hiring more experts and strengthening product quality control. 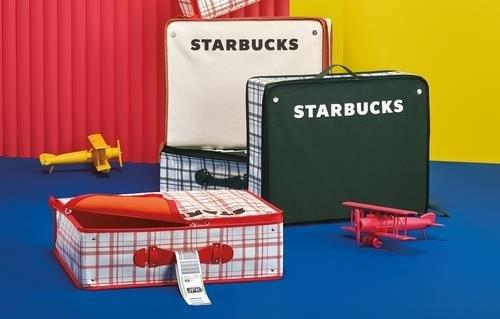