(ATTN: UPDATES throughout with more details)

After discovering their jet engine was on fire, the two pilots shifted course toward a coastal area to forestall any civilian damage and then escaped, the Air Force said.

The pilots remain in good condition after having been transported to an Air Force medical center in Cheongju, 112 km south of Seoul.

The armed service suspended flight operations of all aircraft except for surveillance and emergency assets. It plans to ground all F-4Es pending a probe into Friday's incident.

There is no report of any damage to civilians as of now.

The crash came as the military has been working on a plan to decommission the aging fleets of F-4s and F-5s -- first introduced here in the late 1970s -- in 2024 and in the late 2020s, respectively. 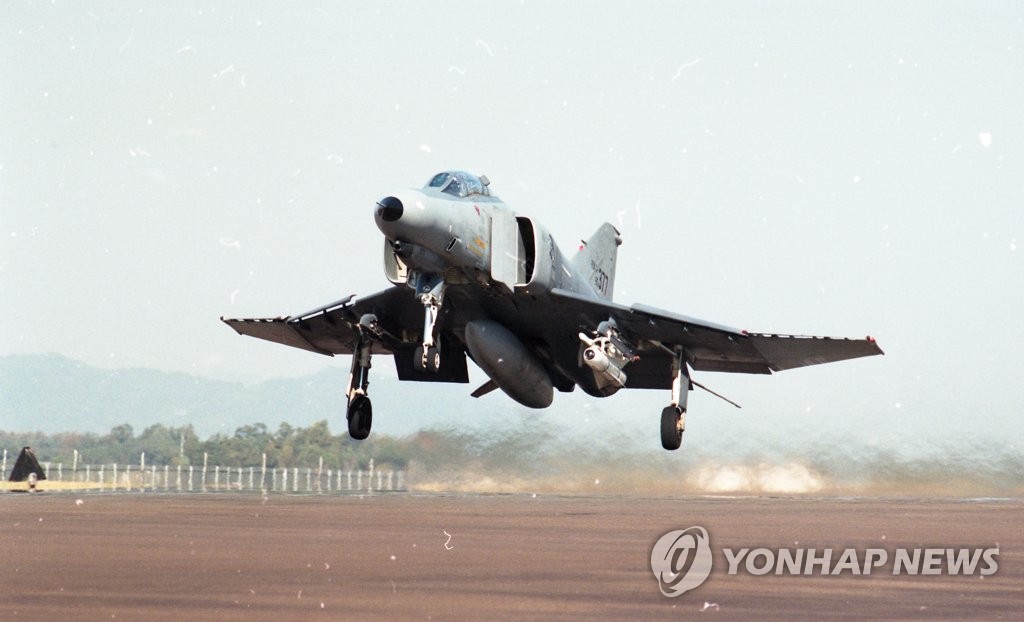