SEOUL, Aug. 14 (Yonhap) -- President Yoon Suk-yeol on Sunday renewed his determination to create a nation where those who sacrificed themselves for the country are properly honored, a day before Liberation Day, celebrating the Korean Peninsula's liberation from Japan's 1910-1945 colonial rule.

"The government will ensure that there is not an inch of negligence in honoring those who sacrificed and committed themselves to the nation and people," Yoon said in a speech during a ceremony to place the remains of 17 anti-Japanese Korean independence fighters at Seoul National Cemetery in southern Seoul.

"What we need to remember until the end is the heroes who have fallen for the independence of our country," Yoon said.

The remains had been placed at a cemetery in northern Seoul but were laid to rest at the national cemetery a day before Liberation Day.

"The freedom that we enjoy to the fullest stands on the sacrifice of those who threw their lives like candles for freedom and the independence of our homeland, despite the grim reality and despair of the Japanese colonial era," Yoon said.

During the speech, Yoon mentioned the names of the 17 independence fighters and their fight against Japan's colonial rule. 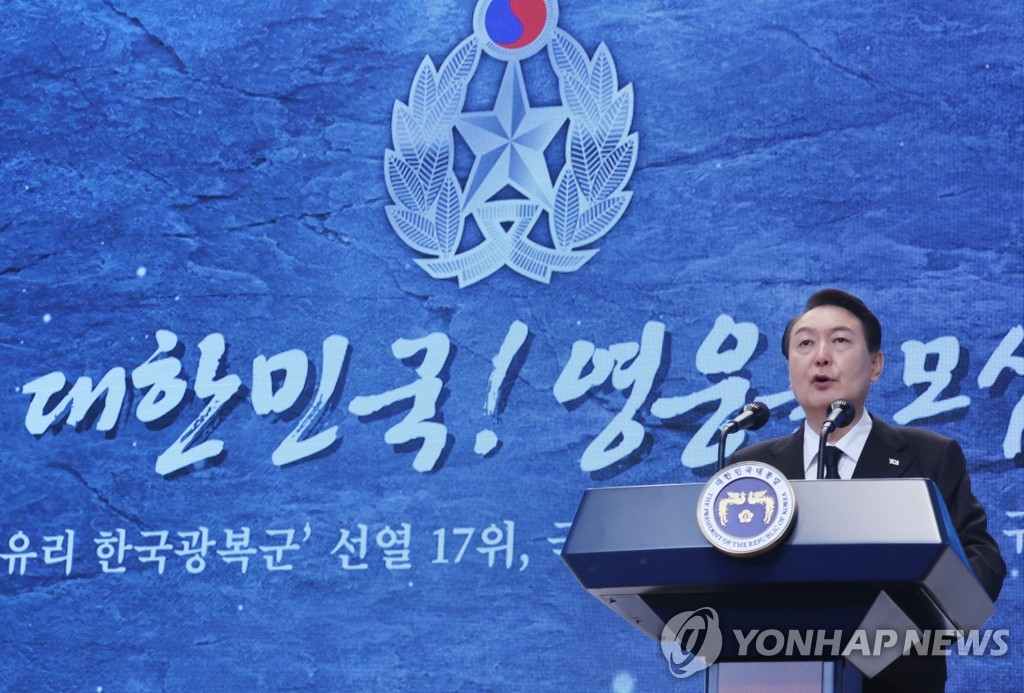