The votes brought Lee's accumulated total to 73.28 percent of all votes cast, followed by Park Yong-jin with 19.9 percent and Kang Hoon-sik with 6.83 percent.

Lee also won 79.69 percent support in the first round of a public opinion survey, followed by Park with 16.96 percent and Kang with 3.35 percent.

Lee told reporters after delivering a speech in Cheongju, North Chungcheong Province, that he thanks party members and party supporters for their "generous support," adding he will continue to do his best.

The DP is set to hold a national convention on Aug. 28, where it will combine the votes of party members and the results of opinion surveys to determine its next leader. 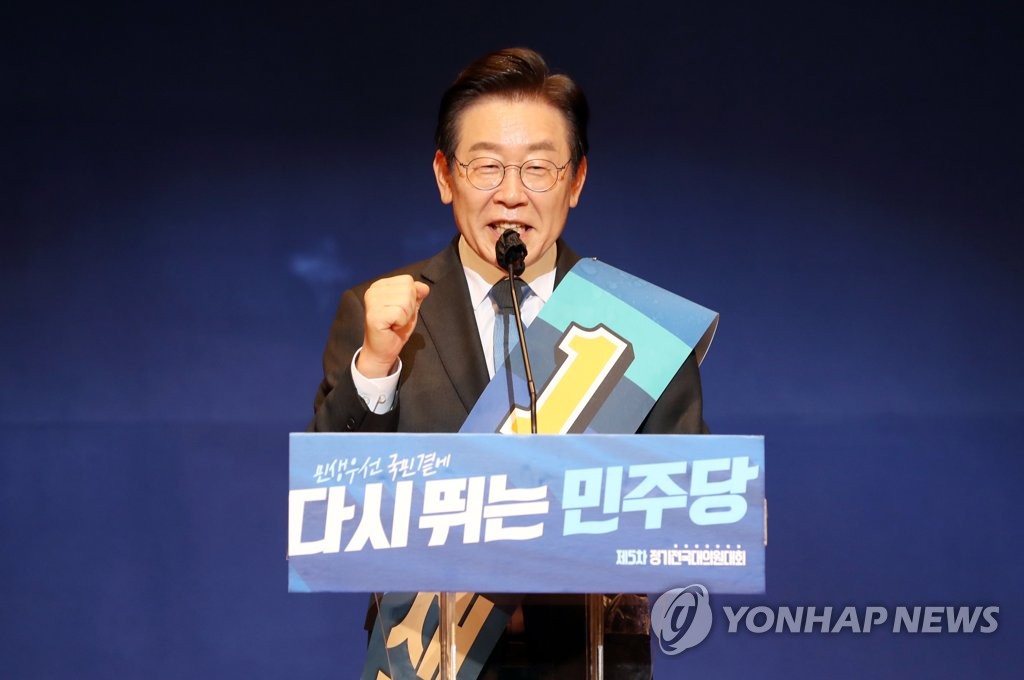