Yoon made the remarks in a Liberation Day speech marking 77 years since Korea's independence from Japan's 1910-45 colonial rule.

"In the past, we had to unshackle ourselves from the political control imposed upon us by imperial Japan so that we could regain and defend our freedom," Yoon said during a ceremony on the lawn of the presidential office. "Today, Japan is our partner as we face common threats that challenge the freedom of global citizens." 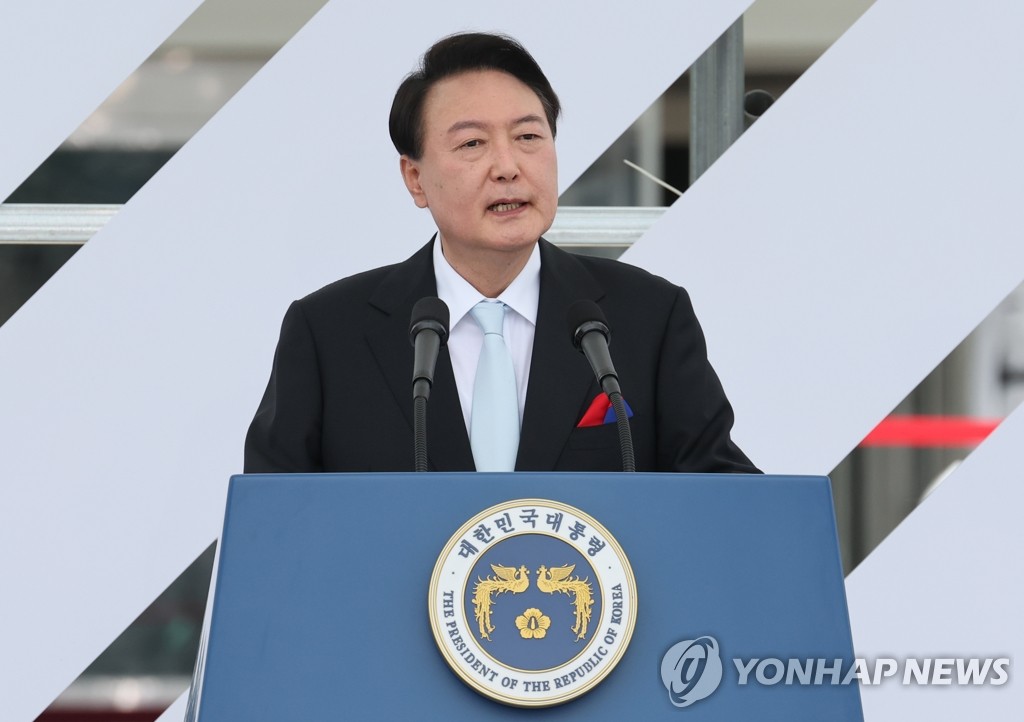 Yoon took office in May on a pledge to improve relations with Japan deeply frayed under the previous liberal administration of Moon Jae-in.

His speech was closely watched for hints on how he plans to resolve the numerous historical disputes weighing on the two countries, as the South Korean Supreme Court is due to deliver a verdict on whether to liquidate the assets of Japanese businesses in the country to compensate Korean victims of Japanese wartime forced labor.

Yoon said the two countries must contribute to peace and prosperity in the international community by working together across the economic, security, social and cultural spheres based on mutual respect.

"When Korea-Japan relations move towards a common future and when the mission of our times aligns, based on our shared universal values, it will also help us solve the historical problems that exist between our two countries," he said.

Yoon also laid out the details of his "audacious plan" to improve North Korea's economy in the event it takes steps to denuclearize, an offer he first made during his inauguration speech in May.

He said North Korea's denuclearization is "essential" for sustainable peace on the peninsula, in Northeast Asia and around the world.

"The audacious initiative that I envision will significantly improve North Korea's economy and its people's livelihoods in stages if the North ceases the development of its nuclear program and embarks on a genuine and substantive process for denuclearization," Yoon said.

"We will implement a large-scale food program; provide assistance for power generation, transmission and distribution infrastructure; and carry out projects to modernize ports and airports for international trade."

In his speech, Yoon emphasized that the nation's independence movement continues to this day as it seeks to defend freedom and universal values.

He honored the independence activists who fought against Japanese imperialists as well as those who helped arm and train them, and others who laid the country's economic, educational and democratic foundations.

"Now, the mandate of the times calls for countries that share universal values to stand in solidarity to defend freedom and human rights and achieve peace and prosperity for the citizens of the world," Yoon said. "Our independence movement must now contribute towards protecting and expanding the freedom of all global citizens who share such universal values."

He also said the key to overcoming polarization and the social divide will be economic innovation and pledged regulatory reform to allow South Korean companies to invest and create jobs in the country and to encourage scientific and technological innovations. 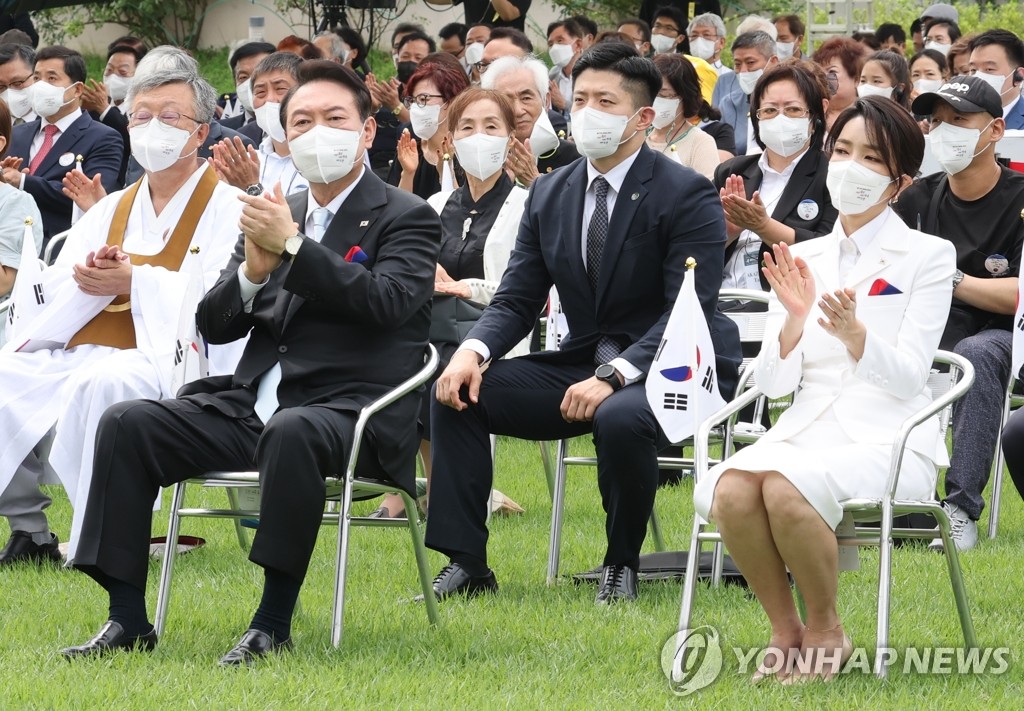