Net losses for the six months ending in June narrowed to 30.3 billion won (US$23 million) from 180.5 billion won a year ago, the company said in a statement.

The company said it will focus on improving its financial status based on strong sales of the all-new Torres SUV launched in the domestic market last month in the second half.

The SUV-centered company plans to fill most of its lineups with EV models in the Korean and European markets by 2030 but keep some of the lineups as combustion engine models in developing markets, such as the Middle East and Latin America.

SsangYong does not have a plan to develop a new diesel-powered vehicle due to stricter emissions regulations. 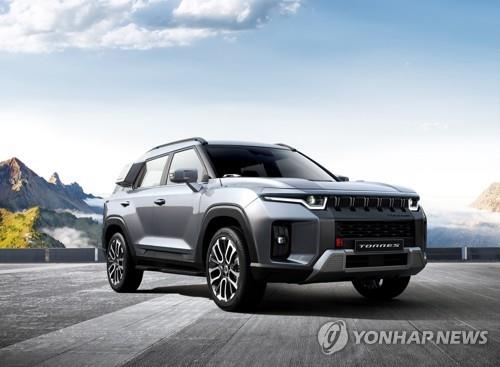