SEOUL, Aug. 18 (Yonhap) -- In a span of just a few weeks, the Kiwoom Heroes have gone from the pesky overachievers with a chance to overtake first place in the Korea Baseball Organization (KBO) to being in danger of falling outside the top four. 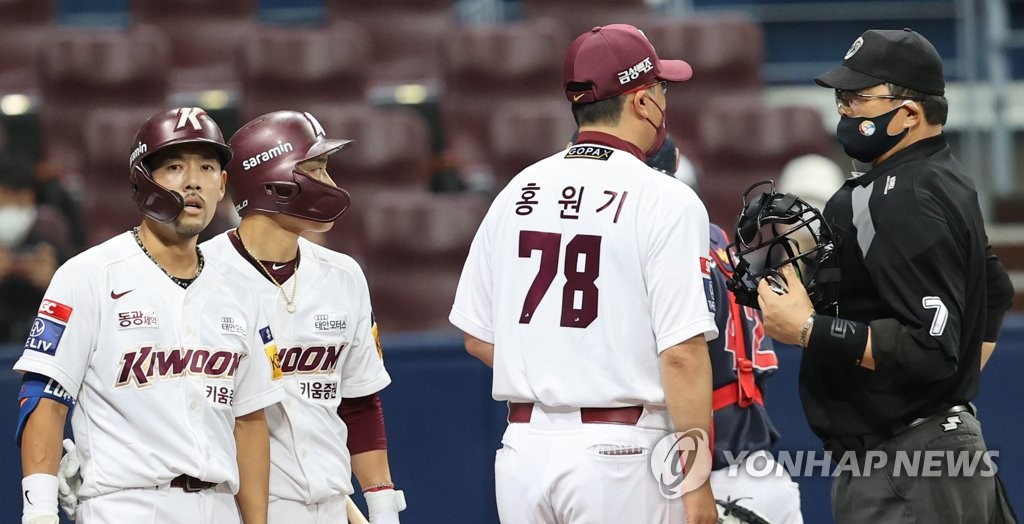 In the second half, they only have a .500 record, 6-6, in games in which they led through seven innings. That's the worst mark in the KBO. Their relievers have blown nine saves in the second half, compared with just four in the first three and a half months of the season.

After losing back-to-back games in walk-off fashion to the KT Wiz this week, Kiwoom manager Hong Won-ki said Thursday he wants to go back to basics when it comes to his bullpen usage.

Right-hander Moon Sung-hyun and left-hander Lee Seung-ho will stick the eighth inning, depending on the matchup. Kim Jae-woong will remain the closer.

"The players are doing their best. My poor judgment has made life difficult for them," Hong told reporters before taking on the Doosan Bears at Jamsil Baseball Stadium in Seoul. "Ultimately, I want to go back to what worked earlier in the year. I think our relievers have been confused about their exact roles. I want them to feel a sense of responsibility working specific innings." 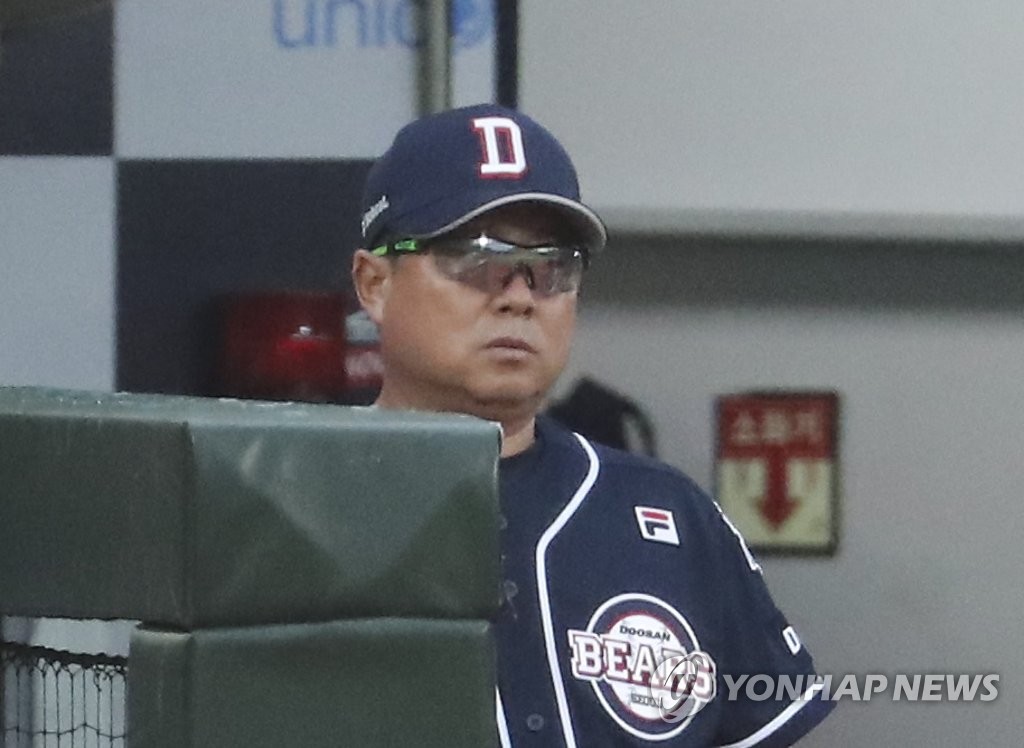 The Heroes once sat 2.5 games out of first place. They have since fallen to third place, 11.5 games behind the league-leading SSG Landers, and they are closer to fourth place than they are to second place.

The LG Twins have moved into second, 3.5 games ahead of the Heroes, while the fourth-place Wiz, winners of five straight through Wednesday, are just two games back of the Heroes.

At least the Heroes, at 61-45-2, are still in a playoff position, eight games clear of the final postseason spot, occupied by the Kia Tigers, with 36 games left prior to Thursday. Barring some epic collapse down the stretch, the Heroes should find themselves playing meaningful baseball in October for the fifth consecutive year.

The same can't be said about the Doosan Bears, caught in a three-game slide that has dropped them to eighth place at 44-56-2. They are six games out of fifth place with 42 games left. It is not an insurmountable gap by any means, but they have two clubs between themselves and the Tigers.

The NC Dinos, one of those two teams, have had the best record in the second half so far at 12-5-1. 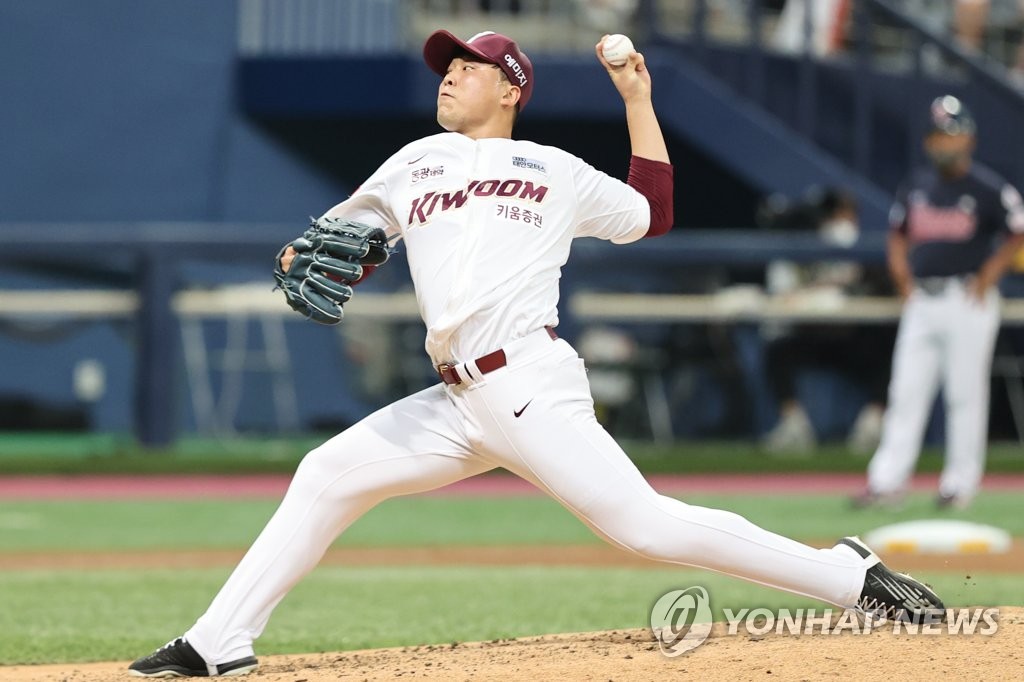 The Bears have played in a record seven consecutive Korean Series, starting in 2015. Not only are they in danger of having that streak come to an end, but they may not even make the postseason, period.

These are desperate times for the Bears, and their manager, Kim Tae-hyoung, has been running his team like a desperate skipper, too.

Including Thursday's game, Kim has assembled a different lineup for the 10th consecutive game.

They are dead last in the KBO with 62 home runs and a .676 on-base plus slugging percentage.

"No matter how many changes I make to the batting order, it doesn't really make much of a difference," Kim said wryly. "I make these tweaks depending on if we're facing a right-hander or a left-hander at the start."

"It'd be great if he can be the leadoff hitter, but he is not getting hits," Kim noted. 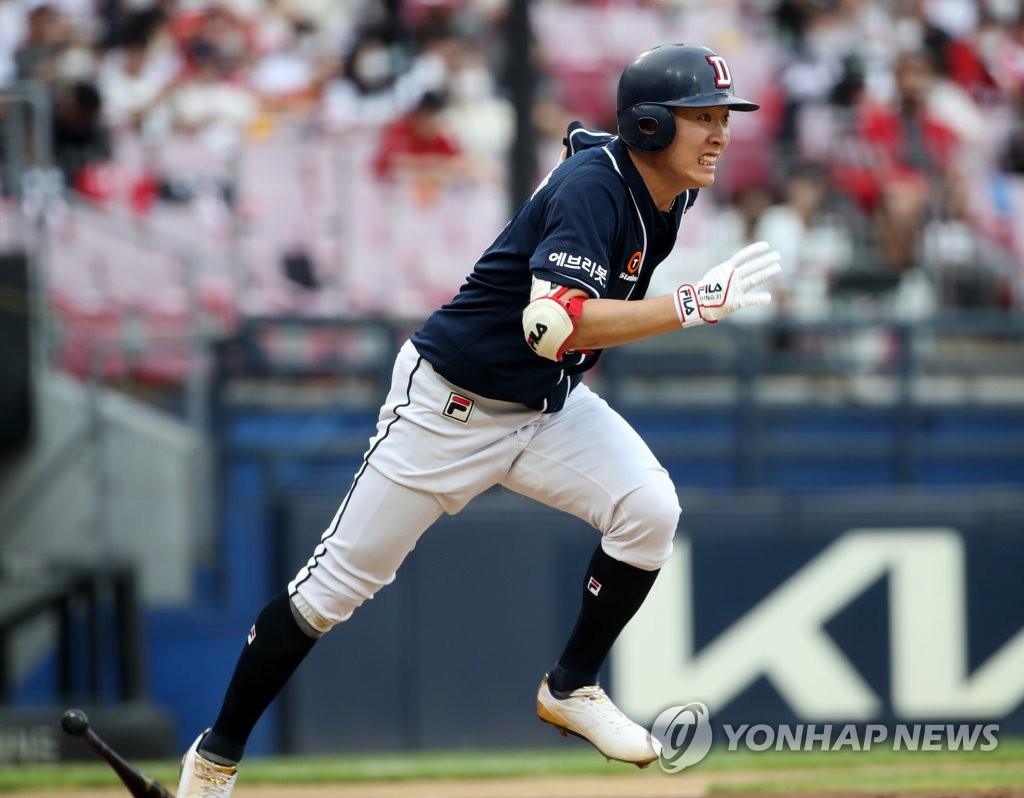