SEOUL, Aug. 18 (Yonhap) -- Having plodded through an up-and-down season, the Doosan Bears may miss the South Korean baseball playoffs for the first time since 2014. But they aren't about to go down without a fight, and an encouraging victory over a struggling postseason contender Thursday was the latest piece of evidence.

Starter Brandon Waddell pitched six innings of one-run ball for his second win in South Korea, and the much-maligned offense erupted for seven runs in the seventh inning, as the Bears beat the Kiwoom Heroes 10-2 in the Korea Baseball Organization (KBO) on Thursday. The Bears snapped their losing skid at three, while the Heroes have now dropped three in a row.

The Bears are now 45-56-2 (wins-losses-ties) for the season, still in eighth place, while the Heroes remained in third at 61-46-2. The top five will advance to the postseason in October. 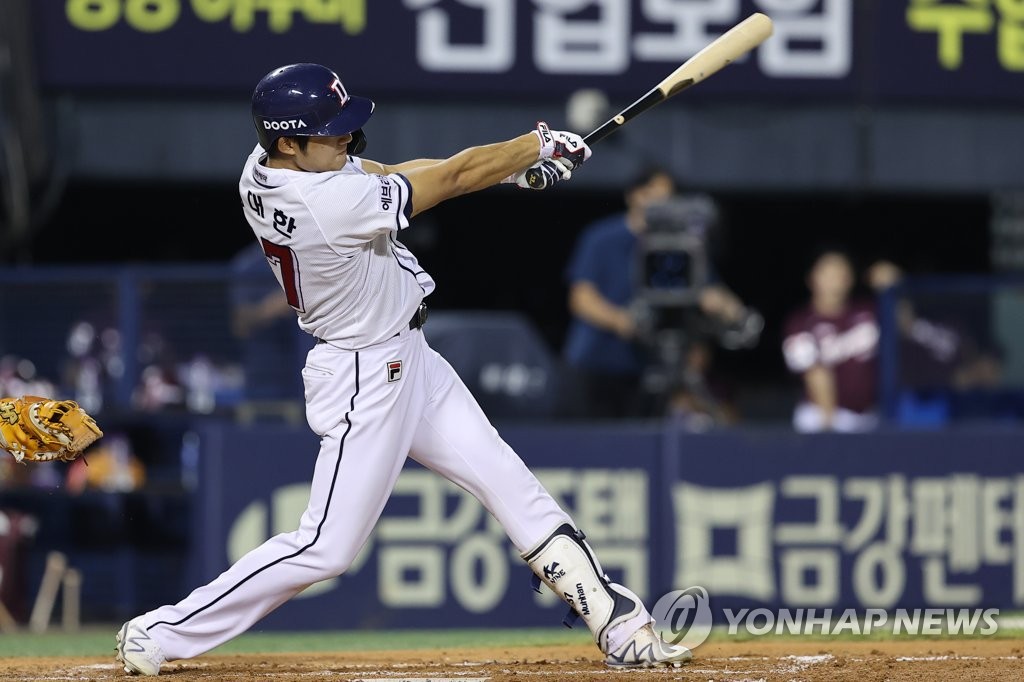 The Bears batted around in that decisive seventh inning at Jamsil Baseball Stadium in Seoul, with Heo Kyoung-min capping off the rare offensive outburst with a two-run home run.

The 10 runs were the most the Bears have scored in a game since they plated 11 runs on July 14.

Kim Whee-jip's solo home run off Wardell gave the Heroes a 1-0 lead in the top of the second. Kim has only nine hits in 49 at-bats this month, but four of those have been homers.

The Bears pulled even in the bottom third, when Kim In-tae's groundout cashed in Jung Soo-bin, who'd led off that inning with a double and advanced to third on a flyout.

The Bears got the go-ahead run in the bottom fifth from an unlikely source. With one out, light-hitting second baseman Kang Seung-ho turned on a slider from starter Choi Won-tae and deposited it into left-field seats for a 2-1 lead. 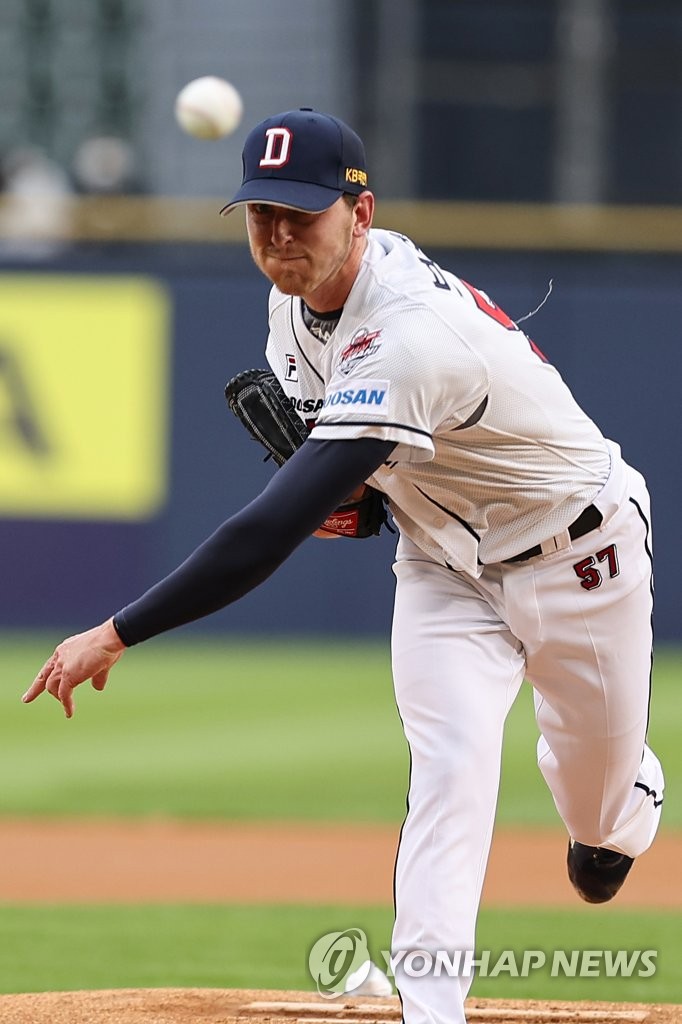 It was only Kang's fifth homer of 2022 in his 93rd game. The 28-year-old has never hit more than seven home runs in a season in his seven-year career.

The Bears then blew the game wide open in the seventh.

With runners on first and second, Kim Dae-han sent a fly ball to left-center gap. Left fielder Kim Jun-wan got under the ball but had it go off his glove for what was ruled as a double. That brought in one run for a 3-1 Doosan lead.

Fernandez made the Heroes pay, though, by clearing the bases with a ringing double to right-center gap. The lead ballooned to 7-1. 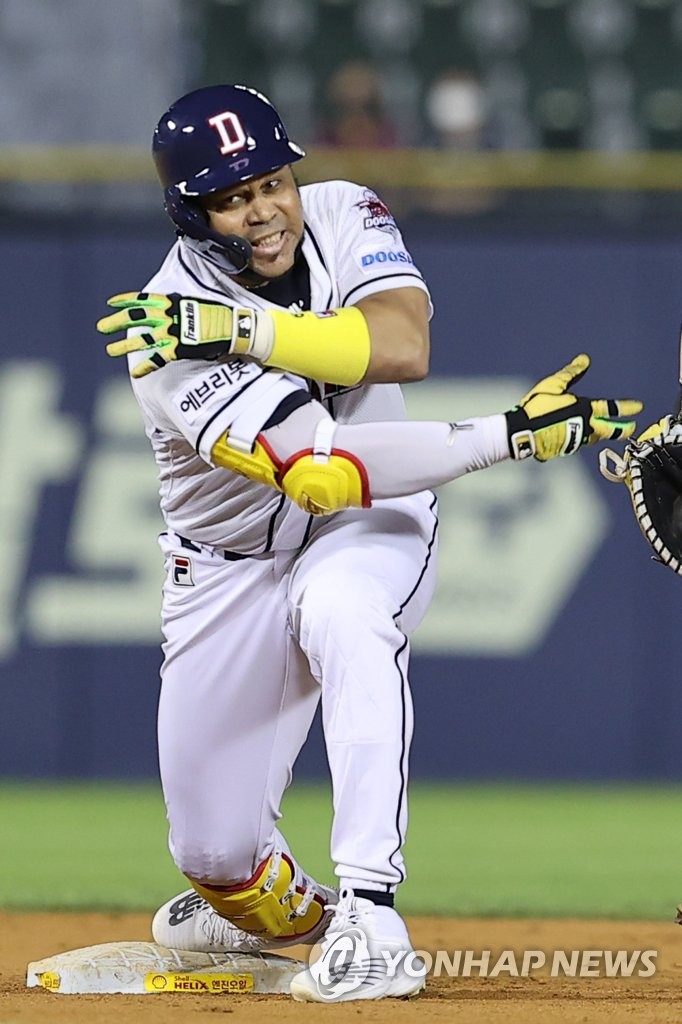 Heo then put the icing on the cake with a two-run bomb to left field against new pitcher Park Seung-joo.

The Bears added a run in the bottom eighth, while the Heroes got one back in the top ninth on Song Sung-mun's solo shot that proved too little, too late.

In his third start in the KBO since arriving here in July, Waddell looked wobbly early on. After Kim Whee-jip's home run in the second, Waddell also allowed two singles and got some loud outs in the outfield.

The left-hander mostly settled down over the next three innings and held the Heroes to one hit in that span. In the sixth, Waddell stranded two runners after giving up a walk and a single.

Waddell threw 110 pitches, 65 of them for strikes.

Doosan's No. 8 hitter Jung Soo-bin fell a home run shy of a cycle, going 3-for-4 with a single, a double and a triple. It was Jung's first three-hit game since May 31. 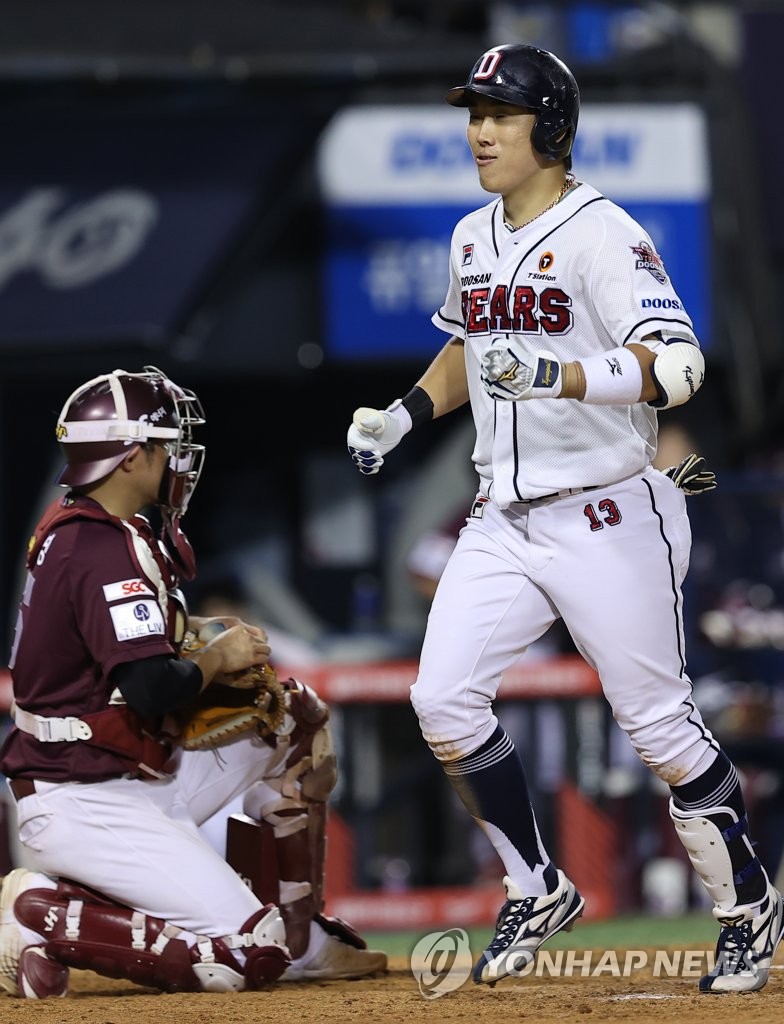