SEOUL, Aug. 23 (Yonhap) -- The Supreme Court has rejected an appeal filed by former President Lee Myung-bak to reverse the prosecution's sell-off of his house aimed at collecting fines he was ordered to pay in a corruption case, sources said Tuesday.

Prosecutors had Lee's house in Seoul's Gangnam district auctioned off last year to collect fine money after the Supreme Court finalized a 17-year prison term for Lee for corruption in 2020 along with a fine of 13 billion won (US$9.6 million) and a forfeiture of 5.7 billion won.

Lee filed an administrative lawsuit against the sell-off, arguing it was unjust because the house was equally owned by him and his wife. The top court on Tuesday rejected Lee's appeal, upholding two lower courts' dismissal of the case. 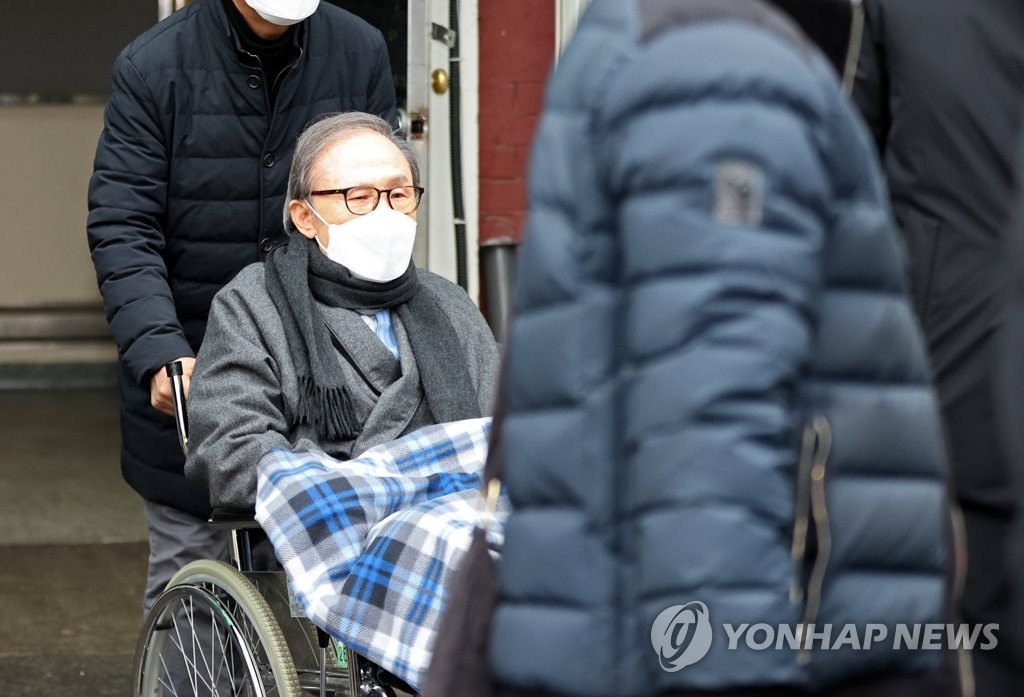