"This is a record for K-pop female acts of all time," YG Entertainment said. "We can expect the album to break 3 million with about three weeks left before its release."

BLACKPINK became the first million-selling K-pop girl group with its first full album "The Album" in 2020.

"Born Pink," set to drop on Sept. 16, had been expected to break the sales record set with the first album since it secured 1.5 million copies in preorders less than a week after the prior purchase began.

The band finished filming the music video for the upcoming album's lead song on Wednesday, according to the agency.

Earlier Thursday, the quartet left Incheon International Airport in Incheon, just west of Seoul, for the United States. The group will perform at the 2022 MTV Video Music Awards ceremony slated for Aug. 28 at the Prudential Center in Newark, New Jersey. It is also competing in three categories -- Best Group Of The Year, Best K-pop and Best Metaverse Performance. 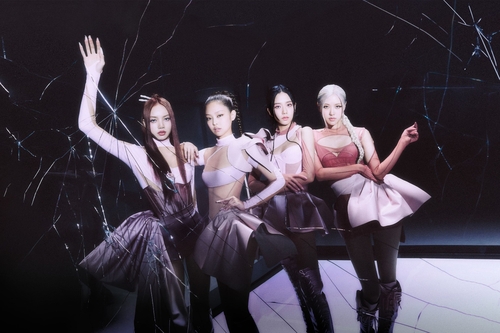