The video passed the 800 million threshold at about 4 p.m. Thursday, about 15 months after it was uploaded online on May 21 last year, the group's agency Big Hit Music said Friday.

The upbeat summer song became a global hit upon its release, staying on the Billboard's Hot 100 main singles chart for 10 non-consecutive weeks.

The song's music video earned 108.2 million views in its first 24 hours, giving it the biggest first-day view count of all time on YouTube.

The seven-piece group will hold a one-day concert in Busan, 325 kilometers southeast of Seoul, on Oct. 15 to support the port city's bid to host the World Expo in 2030. 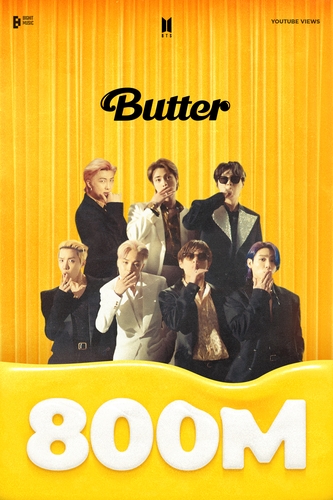