The TV sensation, which aired every Wednesday and Thursday on the local cable channel ENA from June 29 to Aug. 18, marked 53.89 million hours of viewing for the week of Aug. 22-28 to lead Netflix's official top 10 list for non-English TV programs available on the service, according to the company.

It is the 16-part Korean show's seventh No. 1 finish since the drama rose to the top in the second week of its release. It has since stayed atop the list except for its fourth week (July 18-24), when it placed second after the Spanish show "Alba."

On the chart, the Korean fantasy "Alchemy of Souls" ranked third with 28.59 million hours of viewing, staying in the top 10 for nine weeks in a row. 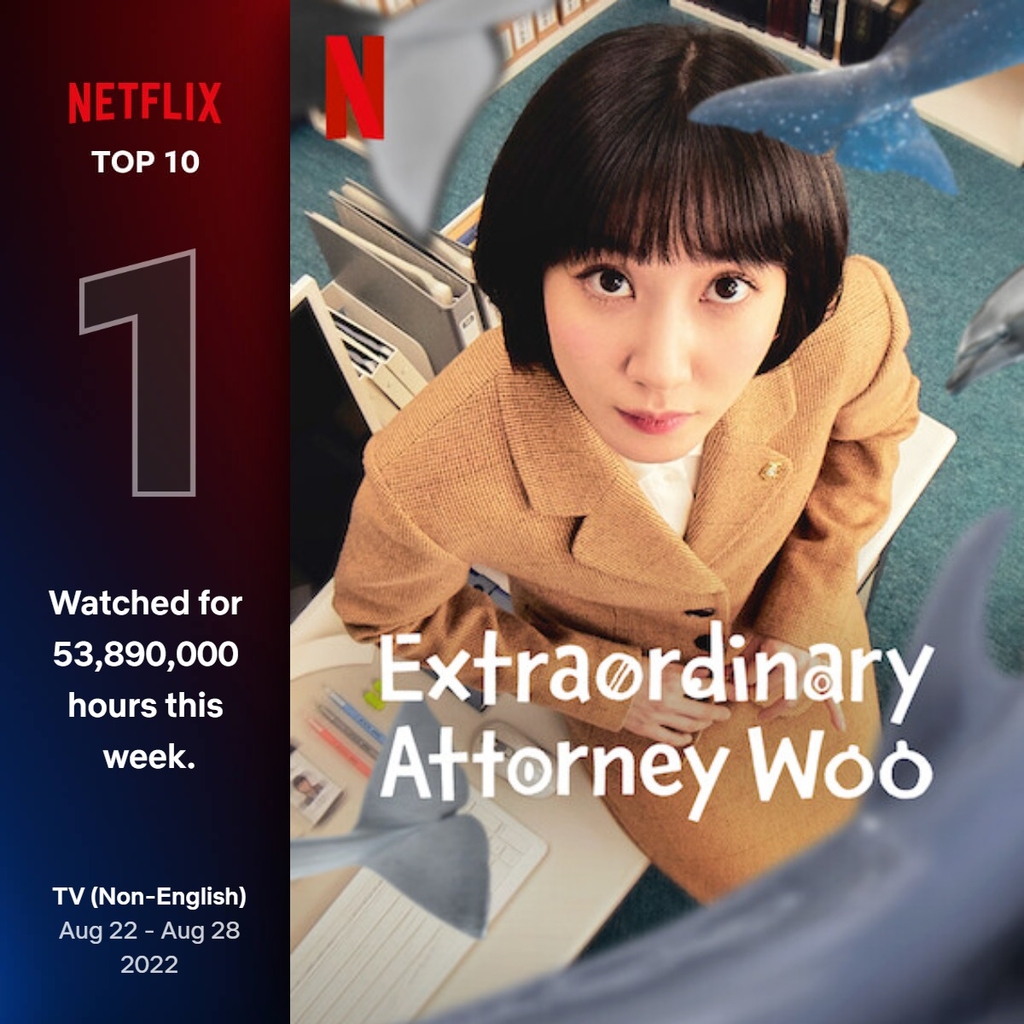 On the film side, the Korean action thriller "Carter," directed by Jung Byung-gil of "The Villainess" (2017), dropped to eighth place on the Netflix weekly chart for non-English flicks, marking 2.89 million hours of viewing.

The Netflix original film debuted at No. 1 on its first week of release on Aug. 5 and stayed at the highest position for two weeks, becoming the first Korean-language film to top the streamer's chart.

Also, it ranked at No. 8 in the top 10 most popular non-English films, based on hours viewed in their first 28 days on Netflix, with a total of 64.04 million hours. It is the only Korean-language film on the cumulative chart topped by the British-German horror "Blood Red Sky" with 110.52 million hours of viewing.