SEOUL, Aug. 31 (Yonhap) -- South Korea will extend its temporary visa waiver program for travelers from Japan, Taiwan and Macau through October, the culture ministry said Wednesday, a measure believed to be linked to an upcoming BTS concert.

Travelers from the three Asian countries are currently allowed to enter South Korea without a visa under the program introduced temporarily for this month.

The government decided to extend the measure through Oct. 31, during a meeting of related government offices, including the justice and foreign ministries and the Korea Disease Control and Prevention Agency, according to the Ministry of Culture, Sports and Tourism.

As a result of the visa-free program, the daily average of Japanese and Taiwanese tourists visiting South Korea from Aug. 1 to 21 increased by about 97 percent from a month ago, the ministry said.

The Seoul and Busan metropolitan governments and tourism industry have proposed extending the temporary measure as various large-scale international events are slated for September and October.

The culture ministry expects the extension will help attract more tourists to the country.

K-pop sensation BTS is scheduled to hold a massive one-day live concert in Busan in front of 100,000 fans on Oct. 15 to support the southeastern port city's bid to host the World Expo in 2030. The annual Busan International Film Festival, Asia's largest film festival, will also be held in the city from Oct. 5-14 this year. 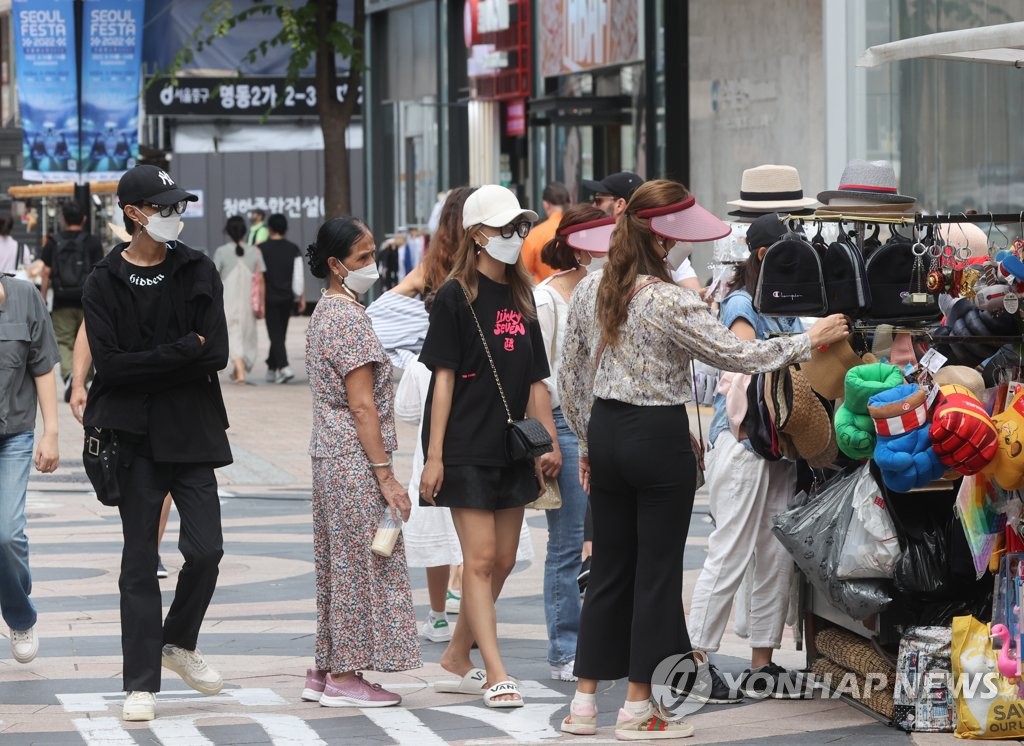