SEOUL, Sept. 1 (Yonhap) -- Ive has proved its status as one of the hottest rookie girl groups with its latest single "After Like" dominating domestic charts and having sold far more copies than two preceding hits from early on.

The six-member group dropped its third single "After Like" on Aug. 22, making the song the band's first release in about five months after "Love Dive."

The new release has drawn much attention to whether it will become the group's third straight hit or not as "Love Dive" still remains high on major domestic music charts. The song has even stayed in the top three on the monthly chart of the country's largest music streaming platform Melon since May, a remarkable achievement for a 9-month-old group.

Upon its release, "After Like" debuted at No. 3 on various local music charts, rose to the second place, beating BLACKPINK's "Pink Venom" after five days, and then reached the top position over last weekend, outdoing rising newbie group NewJeans' "Attention." 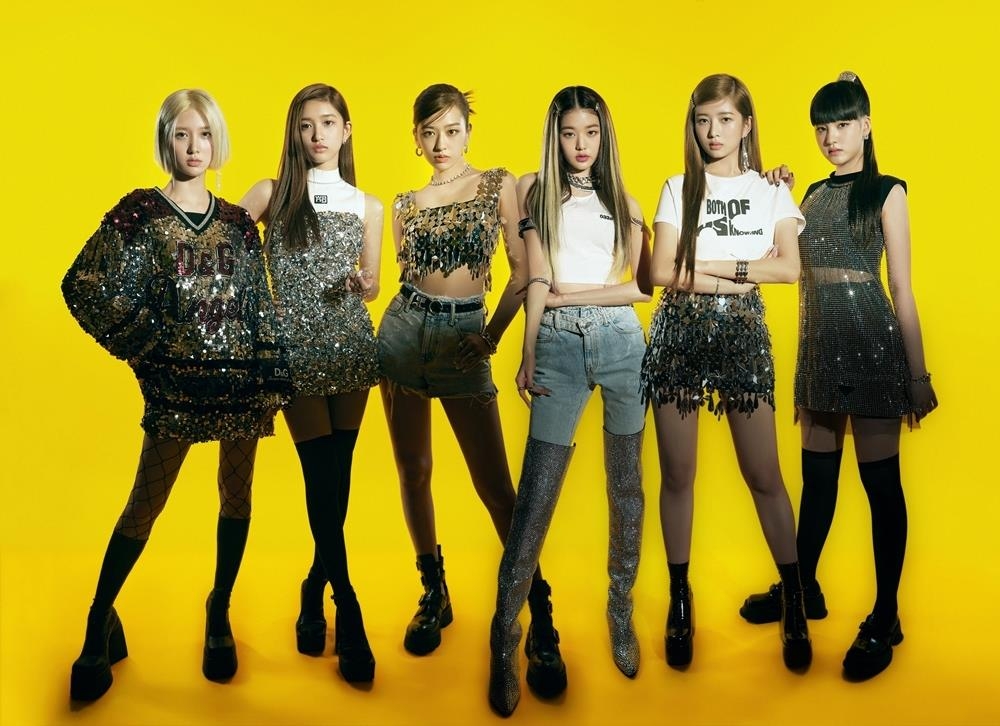 As of Thursday at 9 a.m. Ive stayed atop the real-time charts of Melon, Bugs, Genie, Vibe and Flo with "After Like."

It is a trendy up-tempo summer song about a girl who tells her love interest that she will show her various charms, and asks him to reveal his love for her through action. The lyrics are in line with the theme of the group's two hits -- the younger generations' candid and confident attitude toward love based on self-love.

The tune is also doing well on global charts. It was at No. 49 on the world's largest music streaming platform Spotify's Global Top 50 and No. 33 on Apple Music's Global Top 10 as of Thursday morning.

The new single had sold 924,363 copies in the first week of its release, according to Hanteo Chart, a local albums sales tracker, on Wednesday. The single is expected to become the K-pop rookie's first million seller soon.

The band debuted in December last year, composed of former IZ*ONE member An Yu-jin and her fellow ex-IZ*ONE member Jang Won-young, along with members Gaeul, Liz, Rei and Leeseo. It has since experienced rapid growth in terms of the first-week sales of its albums, with its debut single "Eleven" selling 152,000 copies and the follow-up single "Love Dive" 338,000 copies.

First-week sales numbers are considered an important standard in the K-pop scene for measuring an artist's popularity or the size of his or her fandom. Ive's rising first-week sales figures show that it already has a solid global fandom only nine months after its debut.