The move is seen as a counterattack against the administration of President Yoon Suk-yeol conducting a prosecution investigation of DP leader Lee Jae-myung, which the party has denounced as "political revenge" against the former presidential candidate.

DP floor leader Rep. Park Hong-keun said during a Supreme Council meeting that the special investigation proposal is aimed at uncovering the truth behind allegations of stock manipulation and academic credential falsification involving the first lady.

Claiming the public's fury is "spreading like wildfire," Park urged Kim to issue a formal apology and warned the ruling party People Power Party (PPP) against defending her unconditionally.

The DP claimed in the proposal that the prosecution is "turning a blind eye" to unlawful acts involving the president's family, raising people's suspicions over the investigative authority's "impartiality" and "fairness."

Prosecutors have been investigating the chairperson of Deutsch Motors Inc., a BMW car dealer in South Korea, over allegations of mobilizing influential market players, including the first lady, in order to boost Deutsch Motors' stock prices starting in December 2009 for about three years.

The first lady has also faced suspicions that she submitted false records of her academic and career background on multiple resumes, including one for a teaching job at Kookmin University, which she ultimately secured in 2014.

Whether an independent counsel probe will be launched, however, remains uncertain as Yoon's ruling party chairs the parliamentary legislative committee, which a bill must pass through. 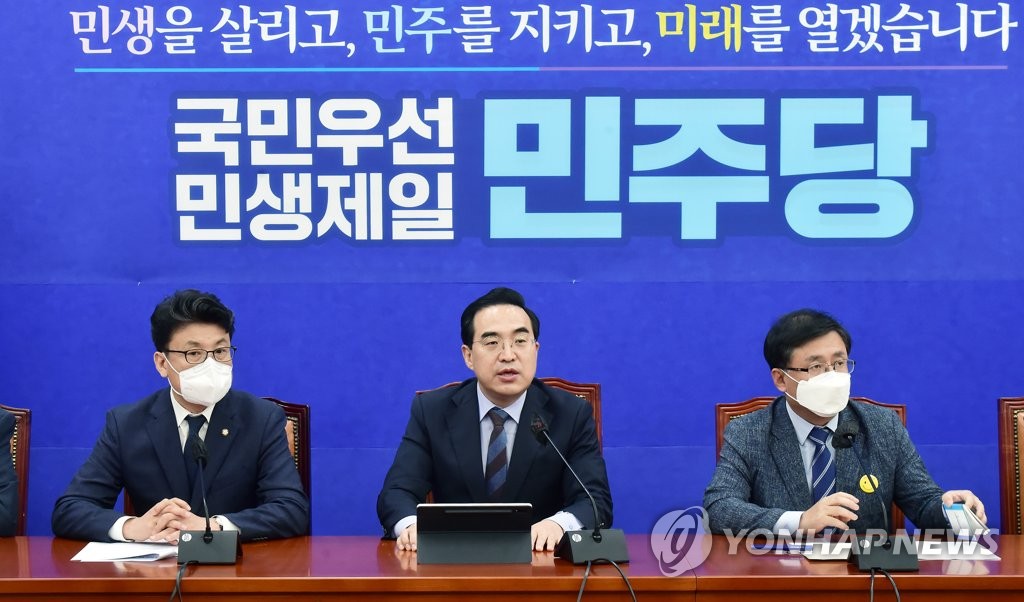 The DP also filed a complaint against Yoon with the prosecution over allegations he omitted reporting first lady Kim's high-end accessories during the presidential election. Under election law, candidates are mandated to report jewelry that is valued at over 5 million won (US$3,605).

The main opposition has taken issue with three pieces of jewelry, including a pendent estimated at 62 million won, which Kim was seen wearing in events such as the North Atlantic Treaty Organization (NATO) summit in Madrid in June.

The presidential office has dismissed the claim, explaining that two of the three pieces were borrowed from an acquaintance and another piece was purchased from a merchant and is valued at less than 5 million won.

This is the second complaint against Yoon the DP submitted to the Seoul Central District Prosecutors Office this week. On Monday, the DP filed a complaint against him on charges of stating false information with regard to the stock manipulation allegations in violation of the election law.

In the run-up to March's presidential election, Yoon rebutted the allegations of stock manipulation, arguing that his wife had entrusted all stock transactions to a broker and later ended that connection.

The DP claimed the remark has turned out to be false. 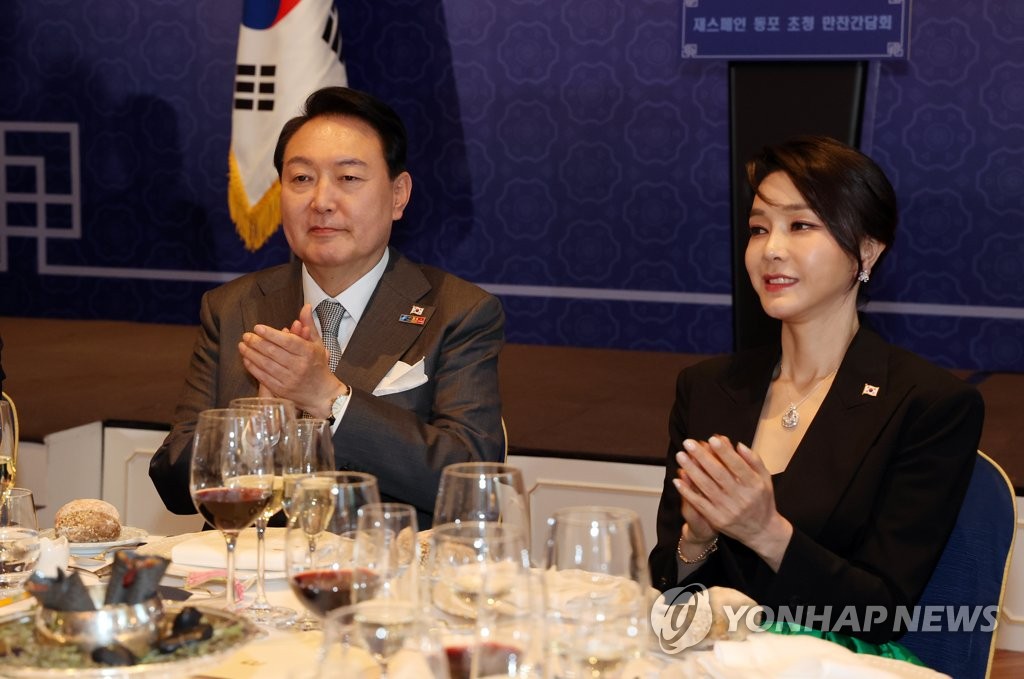