SEJONG, Sept. 7 (Yonhap) -- South Korea on Wednesday submitted its official application to host the World Expo in the southern port city of Busan in 2030, highlighting its strength as a potential host nation having ample digital assets and rags-to-riches experiences, the industry ministry said.

The government delegation, led by First Vice Industry Minister Jang Young-jin, visited Paris and submitted the candidate letter, or candidature dossier, to the Bureau International des Expositions (BIE), the intergovernmental body in charge of overseeing World Expos, according to the Ministry of Trade, Industry and Energy.

The documents will be delivered to 170 BIE member nations, which will vote for the final winner around November 2023.

South Korea is competing with Italy and Saudi Arabia. 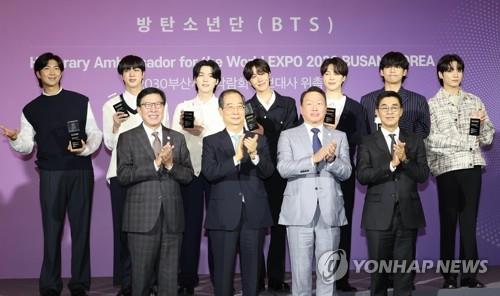 With the slogan of "Transforming our world, navigating toward a better future," South Korea seeks to create a chance for discussions on how to make a better world through fundamental changes in the face of such challenges as climate change, social division and the side effects of technology advances.

"South Korea is a digital powerhouse leading global efforts for resolving climate change and the transition to the green economy, and for creating human-based technologies. We can play a bridge role in the world as the only nation that has become an advanced nation from one of the world's poorest ones," the ministry said in a release.

Rising from the ashes of the 1950-53 Korean War, South Korea achieved what is considered an economic miracle and became one of the world's 10 largest economies.

If South Korea successfully hosts the 2030 World Expo, it will have organized all three major international events -- the World Expo, the Olympics and the World Cup.

It hosted the country's first Summer Games in 1988, followed by the 2002 FIFA World Cup. In 2018, the nation hosted the Winter Olympics in the alpine town of Pyeongchang.

After handing in the document, the vice minister met with the BIE's Secretary General Dimitri Kerkentzes, and delivered the country's capabilities and strong willingness to successfully host the event, the ministry said.

The government delegation also met with officials of several member nations there, including Mongolia and Rwanda, it added. 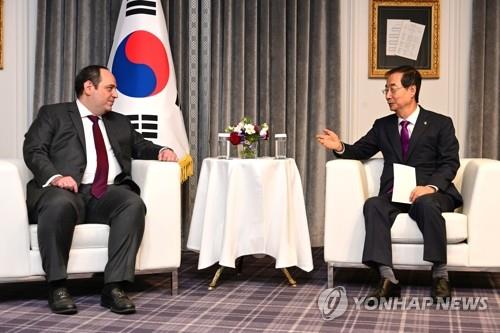