SEOUL, Sept. 8 (Yonhap) -- President Yoon Suk-yeol said Thursday he is not in a situation to pay attention to the main opposition party's push to launch a special investigation into alleged irregularities involving first lady Kim Keon-hee.

"I have no particular stance," Yoon said when a reporter asked him to comment on both the bill and a separate complaint the DP has filed with the prosecution accusing the president of omitting the first lady's high-end accessories from his public asset disclosure. 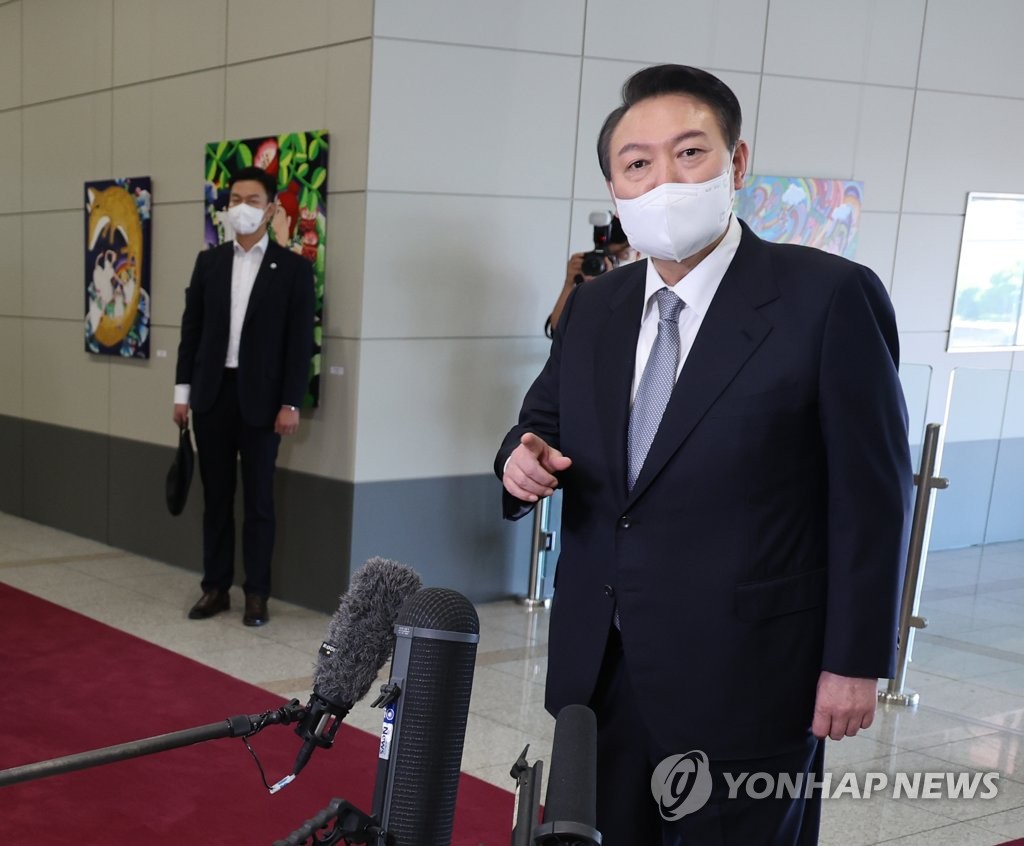 "I'm not in a situation to pay attention to my own issues. I'll take care of them appropriately at a later date," he added.

When asked what he thinks about former party Chairman Lee Jun-seok's suggestion that the president take the initiative to reconcile with him, Yoon replied, "I don't have the mental space to think about what other politicians are saying and what their words mean.

"The only thing on my mind is the difficult global economic crisis and how we should take care of the people following the natural disaster we suffered," he added, referring to the damage from Typhoon Hinnamnor.

Yoon recounted his trip to the typhoon-hit cities of Pohang and Gyeongju the previous day, saying he had no words to comfort those who lost family members in floods brought on by the typhoon.

He also said he felt solidarity and hope as he watched volunteers from across the nation working to restore wrecked villages and comforting victims.

With the Chuseok fall harvest holiday beginning Friday, Yoon wished the people a happy holiday despite the economic challenges, noting that this year's Chuseok will be the first without COVID-19 social distancing restrictions.