SEOUL, Sept. 13 (Yonhap) -- In-form RCD Mallorca midfielder Lee Kang-in was named to the South Korean men's national football team Tuesday ahead of two World Cup tuneup matches in September, settling a debate over his standing in international play ahead of the big tournament.

South Korea will host Costa Rica on Sept. 23 at Goyang Stadium in Goyang, just northwest of Seoul, and then Cameroon on Sept. 27 at Seoul World Cup Stadium in the capital city. Both matches will kick off at 8 p.m.

Lee's status had been a hot-button issue in the weeks leading up to Bento's selection Tuesday.

In recent months, Bento kept the talented midfielder off the national team, citing a surplus of more experienced and more versatile players in that position than the attack-minded Lee. 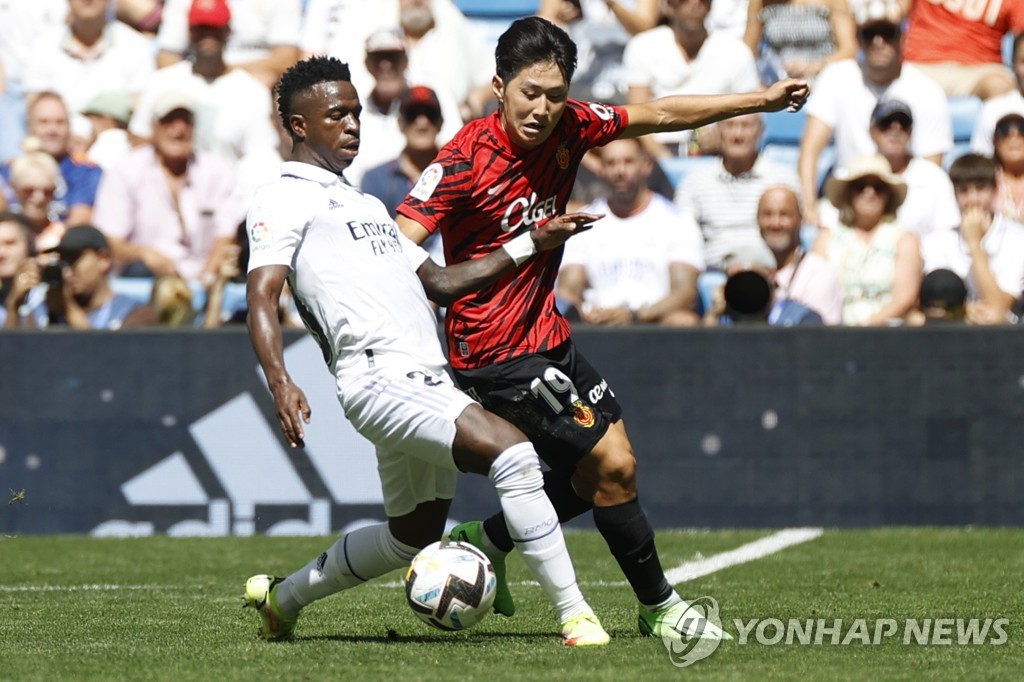 With his excellent play in the early goings of the La Liga season, Lee had put pressure on Bento to at least consider him. Lee is tied for the Spanish league lead with three assists through five matches. He has recorded either a goal or an assist in each of his past four matches.

Fans of the precocious midfielder had called on Bento to give Lee another chance because a player as skilled as Lee can be an asset to South Korea, regardless of his perceived defensive shortcomings.

Proponents of the status quo had countered that it'd be too risky for Bento to try to work a new player into his system so close to the World Cup when the mainstays in midfield have mostly done fine and that armchair coaches should leave all squad-related decisions to Bento.

"He has some specific features. All of us know that he's a player that's really good in the offensive process, due to his technical quality and the way he takes decisions," Bento said. "And of course, he's a player that should improve his characteristic in the defensive process. But it's not most important for us to put too much focus on one player. We must focus on what we can do as a team and think what each player can do for the team."

Lee will be joined by the usual suspects up and down the roster, including Son Heung-min of Tottenham Hotspur, Olympiacos FC teammates Hwang Ui-jo and Hwang In-beom, and Napoli center back Kim Min-jae. Al-Shabab goalkeeper Kim Seung-gyu and Ulsan Hyundai FC netminder Jo Hyeon-woo will once again battle for the top job.

The squad has just one international rookie: Gangwon FC midfielder Yang Hyun-jun, who has turned heads this season with his club-high eight goals. Yang is also the youngest member of Bento's team at 20.

"He's a player with very good technical skills, a fast player that manages well the interior space in the offensive process," Bento said. "He's a player that, as a winger, can score some goals. We think that he is a player that can help us in this moment. It's important for us to see him in our context." 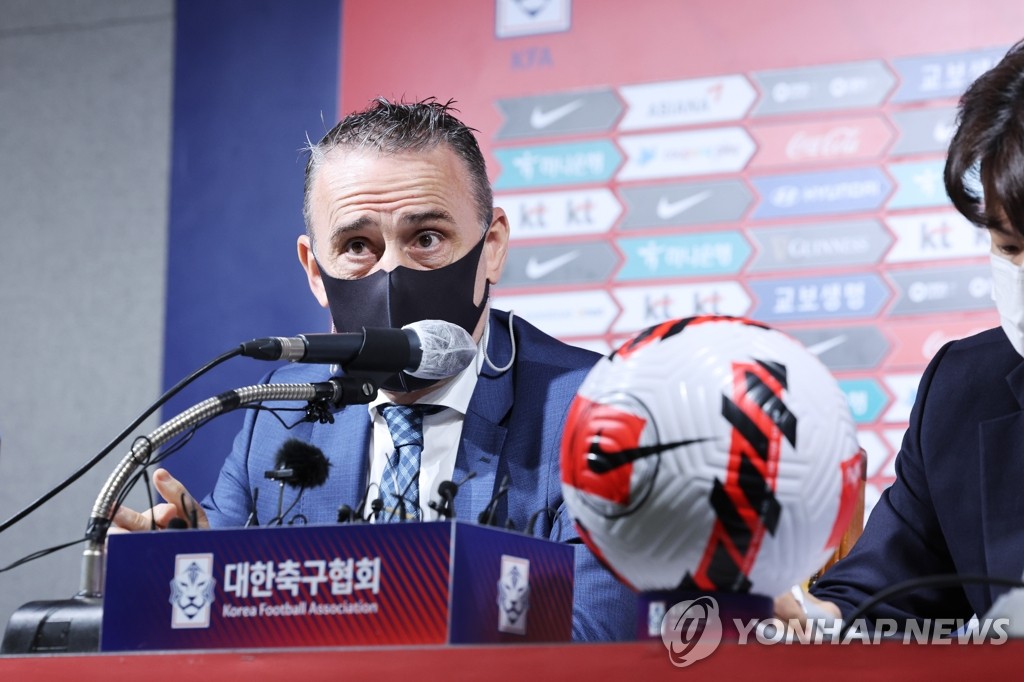 Both Costa Rica and Cameroon will play at this year's World Cup.

Costa Rica, ranked 34th, will face Germany, Spain and Japan in Group E. The 38th-ranked Cameroon will go up against Brazil, Serbia and Switzerland in Group G.

South Korea, world No. 28, are in Group H with Portugal, Uruguay and Ghana, and can potentially meet Cameroon in the knockout stage.

South Korea have two wins and two draws against Cameroon. Their most recent matchup ended in a scoreless draw in May 2001.

These will be the final two matches at home for South Korea at full strength before the Nov. 20-Dec. 18 World Cup in Qatar. 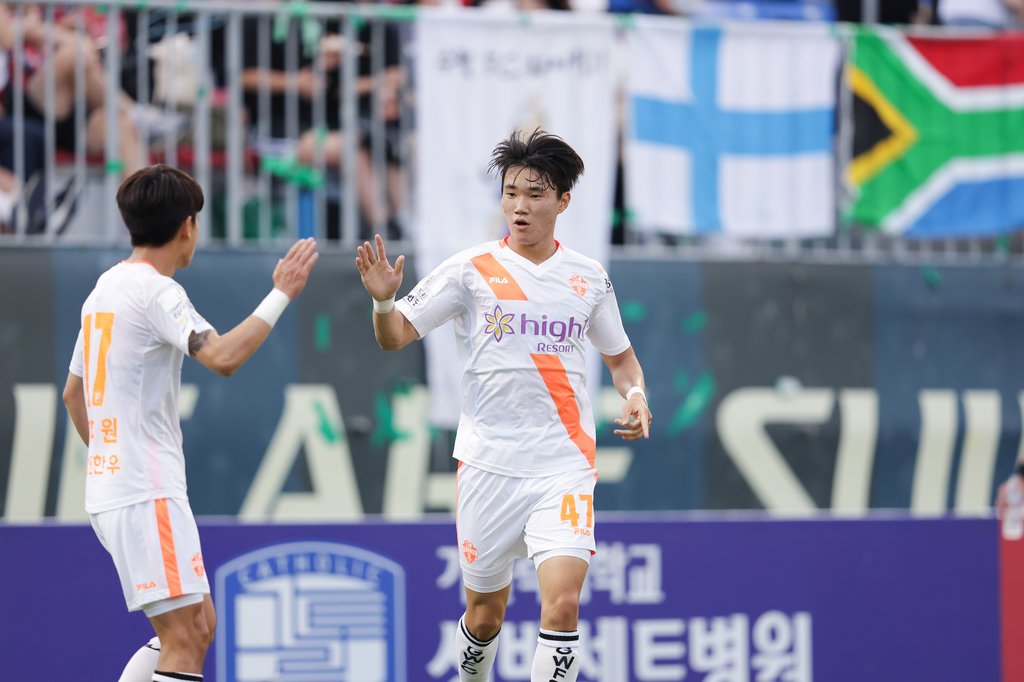 The Korea Football Association (KFA) is hoping to schedule another friendly in early November on home soil before the national team departs for the Middle Eastern country. Per FIFA international match regulations, players competing at this year's World Cup may only be released by their clubs on Nov. 14. South Korea will likely play their one final tuneup match before that date. This means only players from the Korean or Japanese leagues, whose seasons will be over by the end of October or early November, will be available for South Korea, with Europe-based stars likely joining the national team in Qatar.