SEOUL, Sept. 13 (Yonhap) -- Former President Lee Myung-bak, who has been out of prison for health problems, plans to file a request with the prosecution that the suspension of his prison sentence be extended, a lawyer said Tuesday.

Lee was released from prison in late June after the prosecution suspended his 17-year prison sentence for three months due to chronic illnesses, including diabetes. The suspension is scheduled to expire later this month.

Lee plans to file a request for its extension around this weekend, lawyer Kang Hoon said.

Lee, president from 2008 to 2013, had been serving the sentence since the Supreme Court finalized the 17-year prison term in October 2020 on charges of embezzlement and bribery.

The 81-year-old was excluded from the presidential pardons carried out last month, due apparently to concern that pardoning the unpopular former leader could worsen President Yoon Suk-yeol's already low approval ratings. 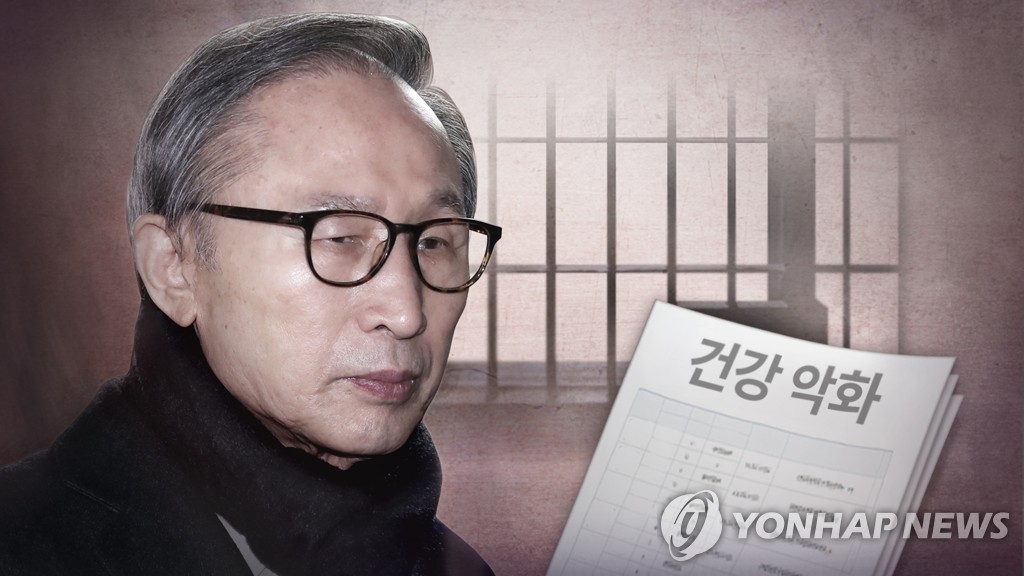