Director Hwang Dong-hyuk and actor Lee Jung-jae, respectively, won the awards for best director and best actor in a drama series at the Emmy awards ceremony in Los Angeles on Monday (local time).

In a congratulatory message for Hwang, Yoon said the director's "fierce efforts and talent," as displayed over the course of his career through films such as "Silenced" and "Miss Granny," led to the Emmy award.

"Your meticulous approach and insight into the dilemmas of modern society, such as inequality and loss of opportunity, earned the deep sympathy of the people of the world," he wrote.

In a separate message for Lee, Yoon said it was especially meaningful that the actor gained further fame through "Squid Game" this year, as he marks 30 years since his debut.

"Your remarkable performance merged your character and the hearts of viewers," he wrote. "I look forward to seeing you continue to perform actively in excellent works that move the world." 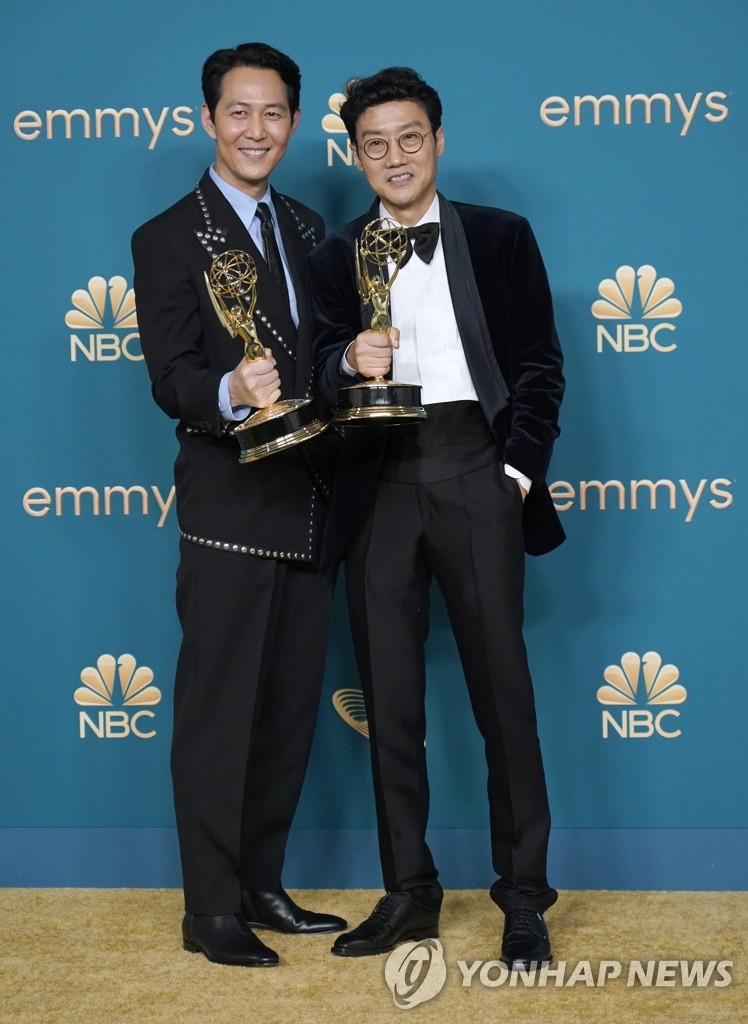