Speaking to reporters as he arrived for work, Yoon called the findings by the Office of Government Policy Coordination under the prime minister "deplorable" and suggested the need for legal consequences.

"It's truly deplorable that taxpayers' precious money, which should be spent on supporting the welfare of struggling citizens, was used for corrupt acts by cartels with vested interests," he said. 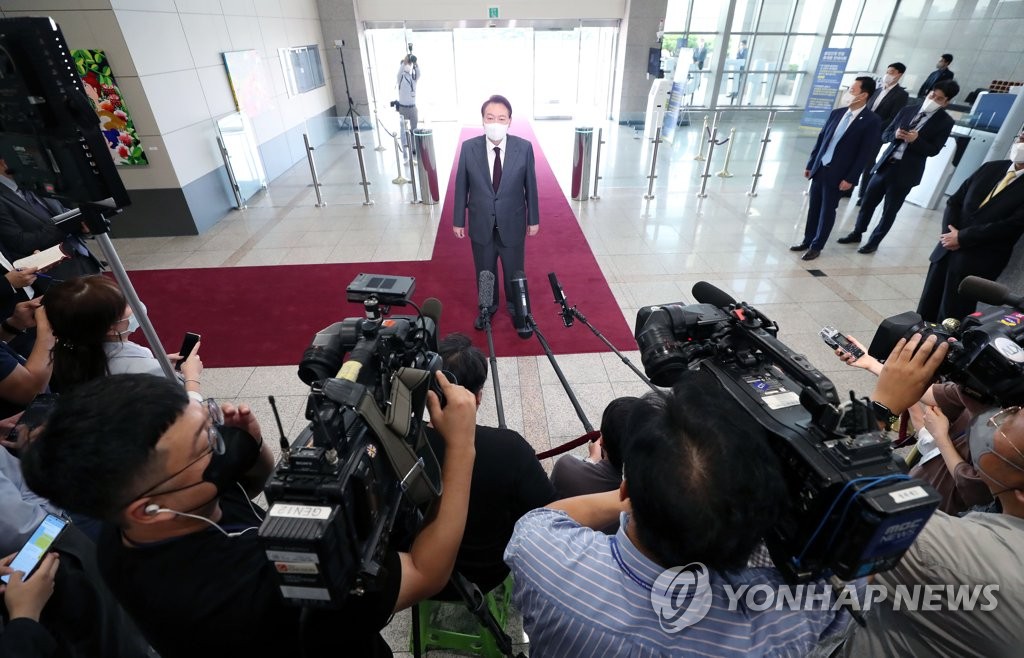 "I read about it in the news, and I believe areas in violation of the law will be handled through the normal judicial system," he added.

The misappropriation was discovered in a sample investigation of 12 out of 226 local governments over their use of an electricity industry fund over the past five years.

The investigation identified 2,267 cases of irregularities, including those related to solar panels and other renewable energy.

Yoon also spoke of the growing alarm over the falling Korean won and forecasts of an additional rate hike by the U.S. Federal Reserve, saying his administration is working to tame inflation through market-friendly measures.

"But in terms of the current account or foreign currency holdings or other external measures related to fiscal soundness, we're still not at a point where the people should worry," he said. "The government and businesses will pool our strengths to manage the risk, and the government will take special care of our people's livelihood issues."