SEOUL, Sept. 16 (Yonhap) -- Samsung Electronics Vice Chairman Lee Jae-yong has arrived in Britain as part of an ongoing overseas tour for business meetings and to promote South Korea's bid to host the 2030 World Expo, according to industry sources Friday.

Lee, who has been on an overseas business trip for about a week, recently arrived in Britain on a chartered flight, sources said.

Prior to arriving in Britain, Lee traveled to Mexico and Panama to inspect Samsung's operations there. He also met with the presidents of the two countries and asked for their support for South Korea's bid to host the 2030 World Expo in the country's southeastern port city.

Lee had been scheduled to meet with British Prime Minister Liz Truss to ask for the country's support for South Korea's World Expo bid, but the fate of the meeting has become uncertain following the recent death of Queen Elizabeth Ⅱ.

Industry watchers are also keeping tabs on whether Lee will attend the funeral of Queen Elizabeth II. The queen in 1995 attended the opening ceremony of the company's home appliance production plant in Wynyard.

Samsung has supplied home appliances to the British royal palace since 2006 and has even produced a special limited Bespoke refrigerator model in Britain earlier this year in recognition of the 70th anniversary of Queen Elizabeth II's accession. 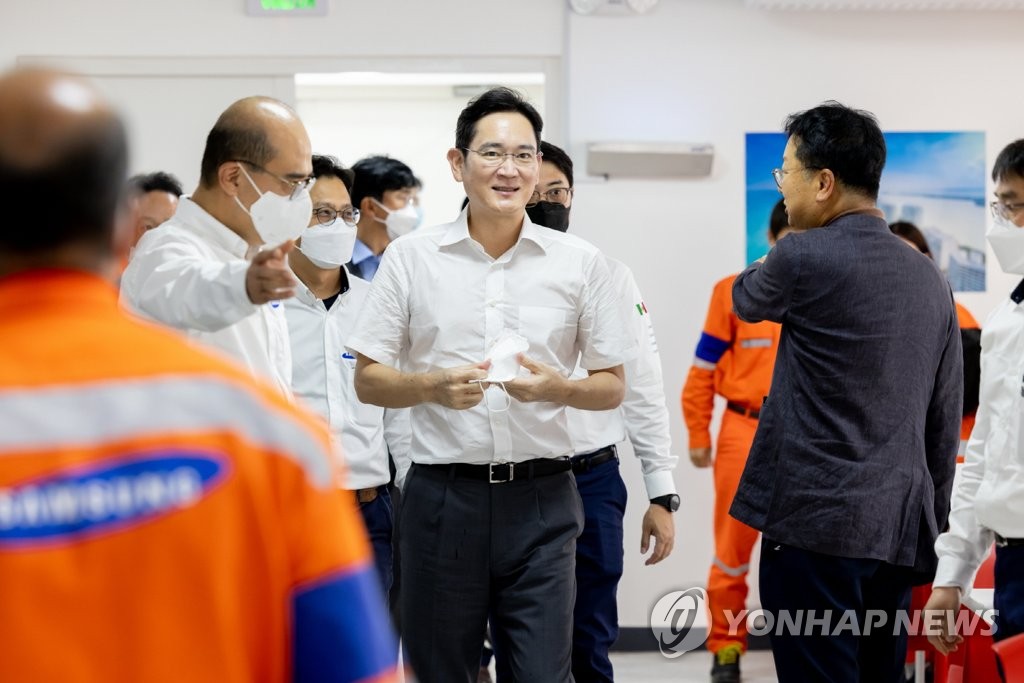