SEOUL, Sept. 17 (Yonhap) -- Ahn Sung-ki, one of the most respected actors in South Korea, has been treated for blood cancer for more than a year, his management agency said Saturday.

"He has recovered a lot as he usually takes care of his health thoroughly," Artist Company said. "We'll focus on his recovery and treatment so that he can greet you in good health."

There were rumors about his health problems when the 70-year-old actor was hospitalized in October 2020, which he denied. Last year, he appeared in public for a press conference in Seoul to promote his new film.

But on Thursday he looked much different at a special screening for films by master Korean director Bae Chang-ho. He required the aid of a fellow actor when he entered the theater in southern Seoul. He wore a wig, his face was swollen, and he had lost most of his eyebrows.

He then struggled to speak on stage in celebration of the special screening event. He left the theater without watching all of the opening film. 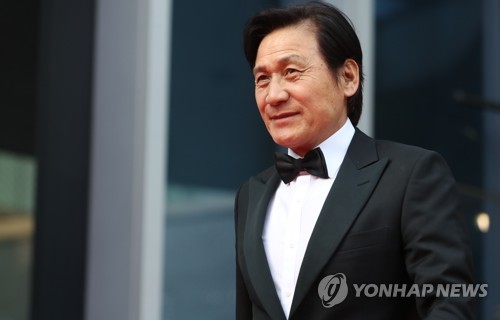