SEOUL, Sept. 17 (Yonhap) -- Lee Jun-seok, a former chairperson of the ruling People Power Party, appeared before police Saturday to face questioning over allegations he received sexual services as bribery from a businessman about 10 years ago.

He arrived at the Seoul Metropolitan Police Agency around 10 a.m. and has been under questioning for some 12 hours, according to sources.

The 37-year-old Lee has been accused of receiving sexual services paid for by Kim Sung-jin, CEO of tech company I-kaist, in 2013 and attempting to cover it up by promising to pay off a whistleblower.

Kim's side claimed Lee had promised to set up a meeting with then President Park Geun-hye in return. Lee was considered close to Park at that time, because she had handpicked him for a seat on the party's collective leadership two years earlier.

The scandal had Lee's party membership suspended for six months by the party's ethics committee in early July, resulting in his ouster from the party chairmanship. 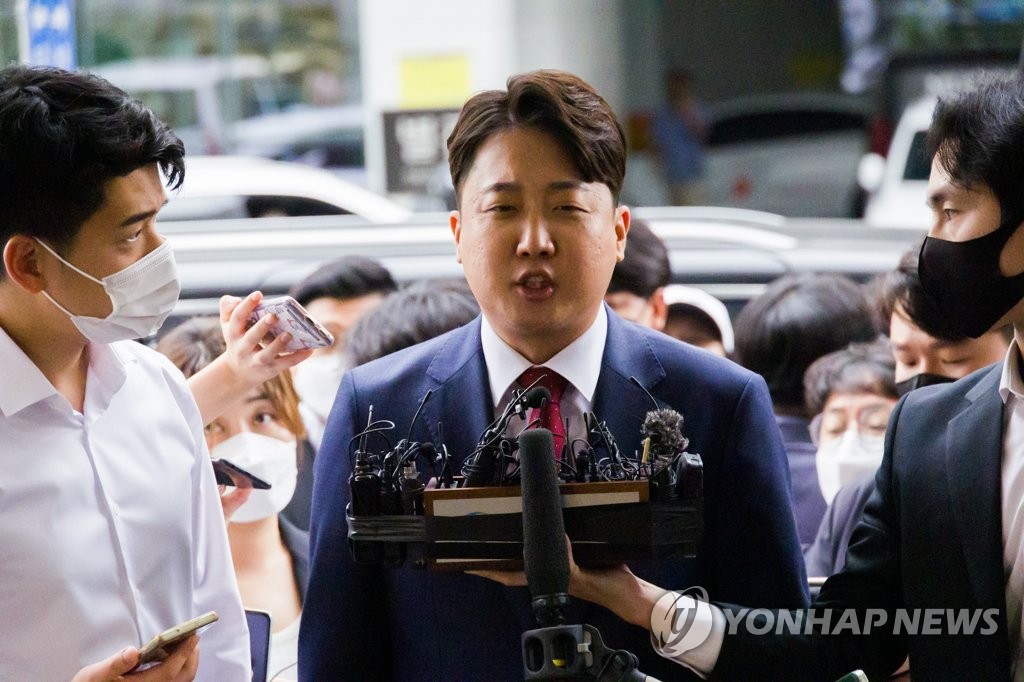