Lee arrived at Incheon International Airport with dozens of fans celebrating his historic honor at America's most prestigious awards for TV programming.

At the 74th edition of the Primetime Emmy Awards held Monday, Lee won outstanding lead actor in a drama series for his performance in the global phenomenon "Squid Game," becoming the first non-English-speaking actor winning the category. 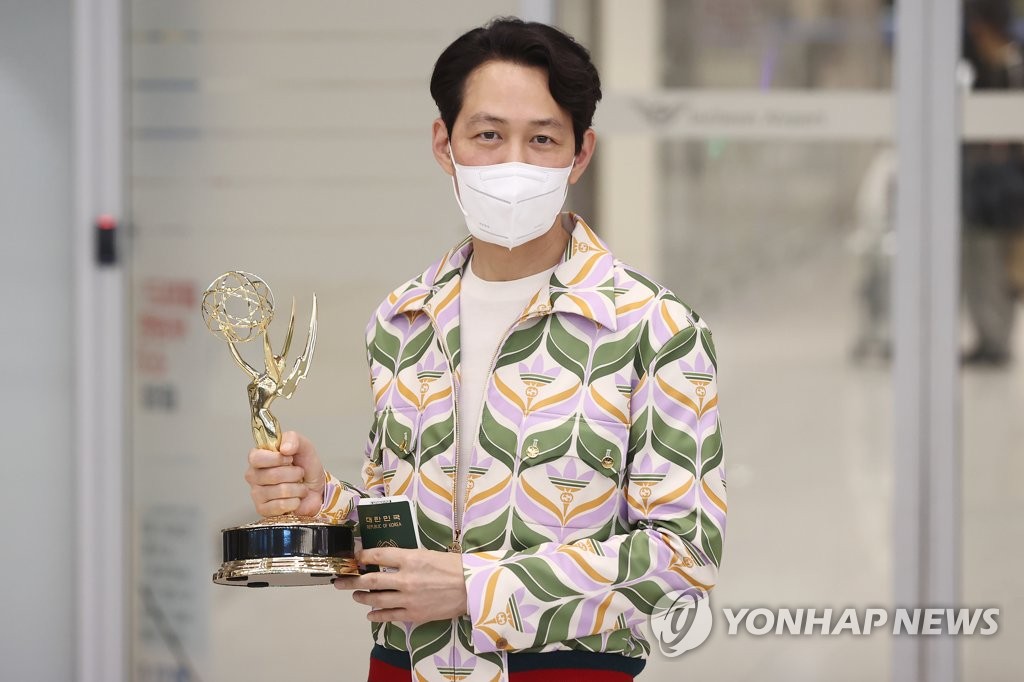 Lee's Emmy victory was widely predicted, as he has won best actor prizes at major award shows, including the Critics Choice Awards and the Screen Actors Guild Awards.

"I had talks with many people and discussed ways to help Korean content gain access to global viewers," he told reporters. "I will do my best to promote Korean content and join overseas productions to make quality content."

After the Emmys, Lee participated in the ongoing Toronto International Film Festival, where his directorial debut, "Hunt," had its North American premiere Thursday. It will be released stateside in December.

The spy thriller film was first shown at the Cannes Film Festival in May and hit Korean screens last month, attracting 4.3 million attendance so far.

Lee said he will continue his career as an actor, director, and producer at home and abroad in a bid to contribute to making Korean content more acceptable to global audiences. He is reportedly cast in the male lead role for an upcoming "Star Wars" spin-off series.

"I will keep making films and producing them as well if I'm given a chance. Of course, I have to do my acting well," he said. "I think we need to do something more to help Korean content become globally-accepted shows." 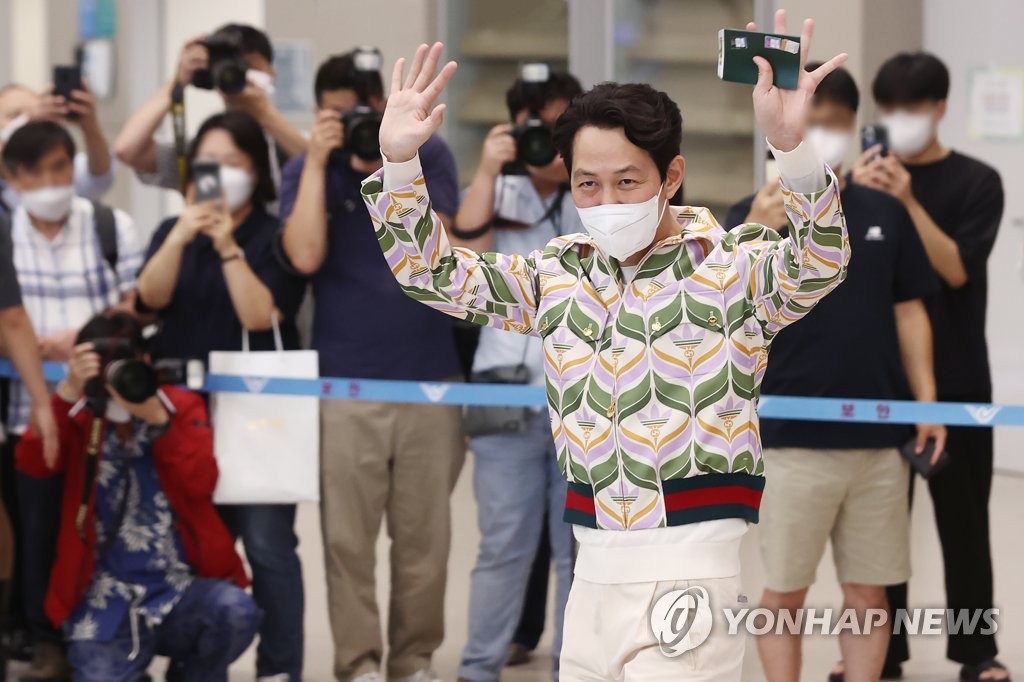 "Squid Game," written and directed by Hwang Dong-hyuk, made history at the 74th edition of the Primetime Emmy Awards held Monday. The Emmys recognize outstanding TV programming for the year in the United States.

The nine-part Netflix original about a deadly contest bagged a total of six Emmy titles, including best director for Hwang and best drama series actor for Lee Jung-jae, becoming the first non-English TV show ever to win America's most prestigious TV awards.