SEOUL, Sept. 18 (Yonhap) -- South Korean Prime Minister Han Duck-soo instructed government officials Sunday not to allow even a "single moment of carelessness" as they are bracing for the potential impact of an approaching powerful typhoon.

Han presided over a meeting with related officials to check the country's preparedness, with Typhoon Nanmadol projected to move northeast across Japan after making landfall in an area close to the island country's Kagoshima Prefecture on Sunday.

"Due to the very large radius of the typhoon's strong winds, it is expected to have a big impact on our country as well," Han said during the meeting at the government complex in Seoul. 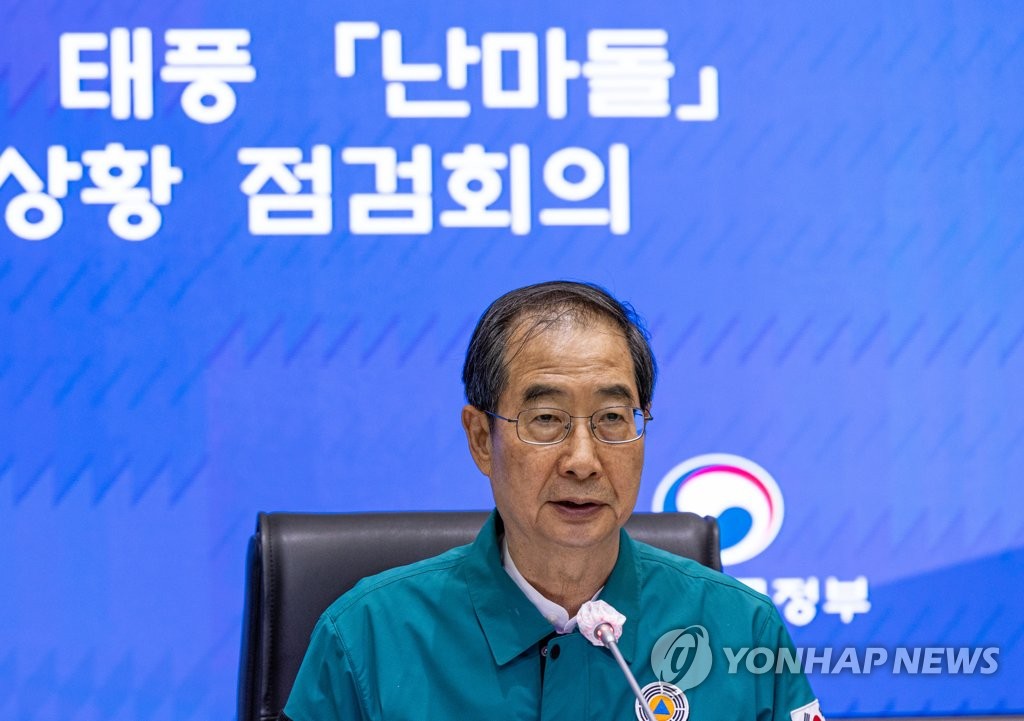 "Especially, I call on the provincial governments, which suffered much damage due to the previous typhoon, Hinnamnor, to make preparations with greater attention," he added.

At 10 p.m., Han held another meeting virtually and directed officials to pay "special" attention to the possible fallout from the typhoon so as to minimize any damage to people in the southern region.

The government tightened up anti-disaster readiness by putting itself into official emergency mode. Passenger ships and flights have been suspended in southern parts of the country likely to be affected by the typhoon, with authorities restricting access to major mountain parks, like Mount Halla on the southern resort island of Jeju.

Han stressed the need to pay "particular attention" to the safety of those in low-lying coastal areas as he instructed provincial governments, fire authorities, police and the Coast Guard to take steps, including "preemptive evacuation," to forestall any human damage.