SEOUL, Sept. 20 (Yonhap) -- Even with two FIFA World Cups under his belt and a third appearance on the horizon in Qatar, South Korea captain Son Heung-min still feels intimidated by the prospect of playing in the big tournament.

Nonetheless, the 30-year-old forward for Tottenham Hotspur will try to enjoy the experience. He wants his teammates to do the same.

"The World Cup will always be a challenging stage, because we will face opponents that are stronger than we are, and I understand how much our fans and fans of all the other countries value this competition," Son said in an online press conference Tuesday at the National Football Center in Paju, north of Seoul. Son joined the national team Monday evening for the start of training camp ahead of friendlies against Costa Rica and Cameroon later this month. 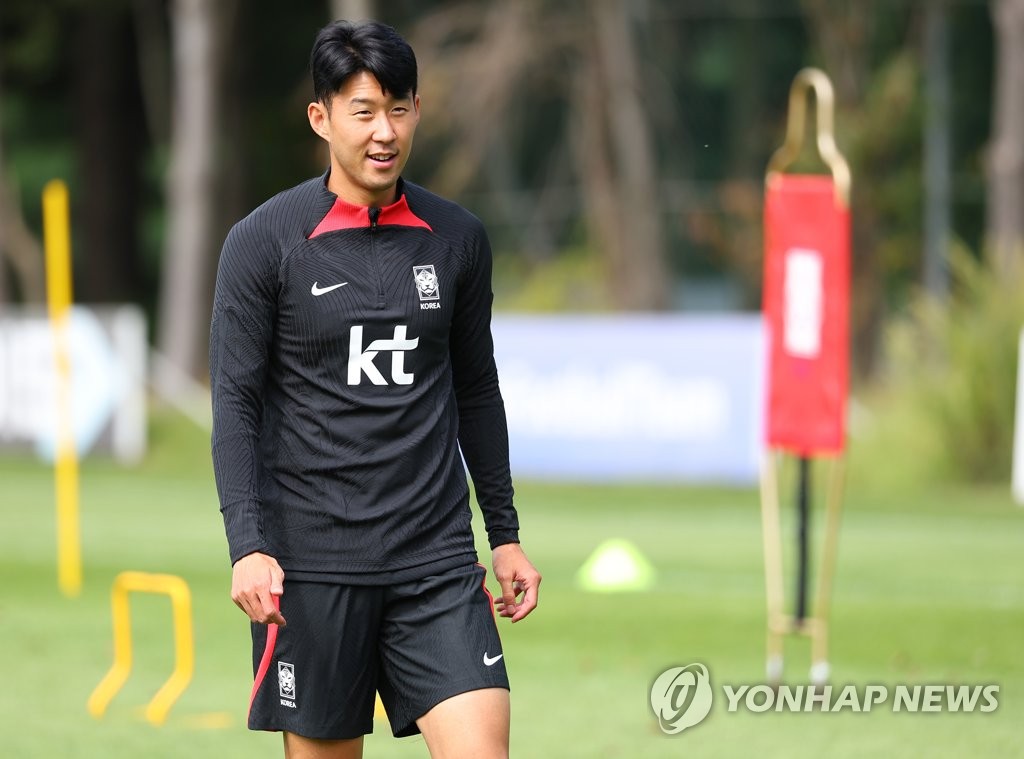 "We can't do anything about the fear factor, but the most important thing is to enjoy the tournament," Son added. "Not everyone has a chance to play at a World Cup. And this is really a festival for football fans around the world. At my two previous World Cups, I've seen firsthand how the weight of pressure led to results that we wanted to avoid."

As captain, Son said his job is to help put his teammates' minds at ease and to bring out the best in each of them on the pitch.

"I don't think I necessarily have great leadership, and I've often wondered if I've been a good captain for the lads," Son said. "At the World Cup, I want to make sure the guys can go out there and give everything they have."

Son likely found his own peace of mind over the weekend, after scoring a hat trick off the bench against Leicester City to end his scoreless drought to start the new Premier League season. But Son insisted his mindset didn't change one way or the other just because of the three-goal outburst. "I was long looking forward to coming home and feeding off the energy of our fans here, because Korean supporters are really special in the way they give us so much positive energy," Son said. "And I thought I could bring those vibes back to my club and use them to my advantage. And then something crazy happened in that game, and I couldn't be happier. But that didn't necessarily lift any weight off my shoulders. I absolutely love football, and I think this is something that I am best at. If I felt pressure doing the thing that I love the most, then I wouldn't be able to do anything in life."

He was South Korea's youngest player at the 2014 World Cup in Brazil at 21. Now, he will be a seasoned vet that 20-somethings look up to, and two such youngsters, midfielders Lee Kang-in and Yang Hyun-jun, will try to state their case for World Cup inclusion in the two upcoming matches.

Lee, who plays for RCD Mallorca in Spain, is tied for the La Liga lead this season with three assists, and his playmaking chops earned the 21-year-old his first callup since March last year. Yang, the youngest player at the current camp at 20, has been one of the most impressive rising stars in the K League 1 this season for Gangwon FC, and head coach Paulo Bento will get his first look at the attacking midfielder. 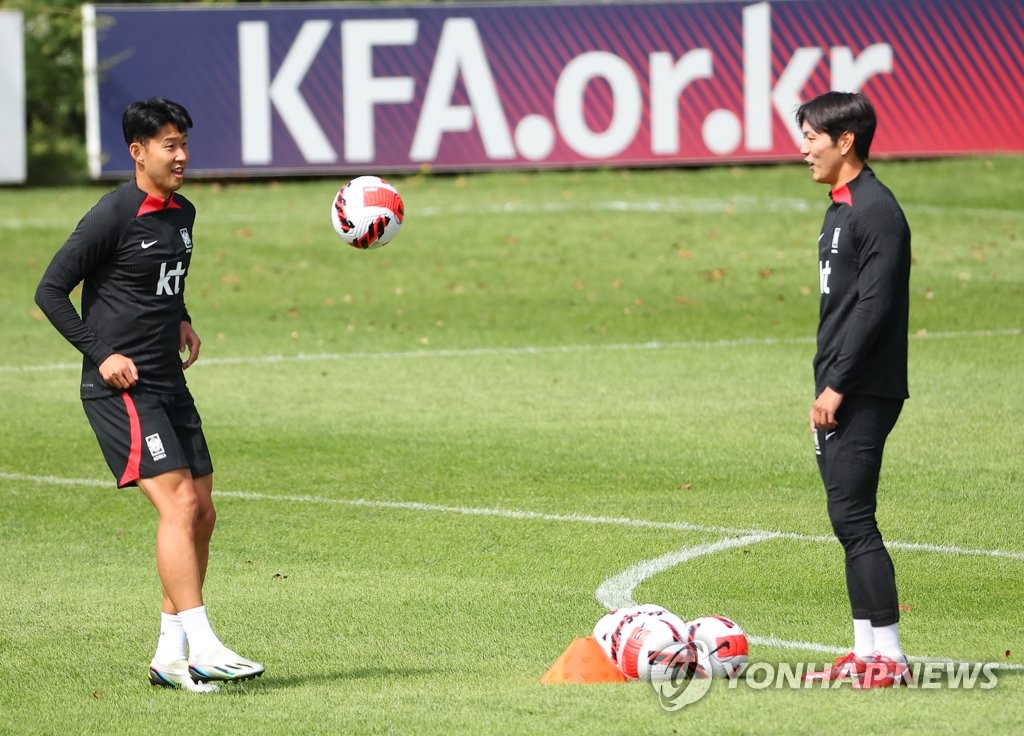 Son said he was "very proud" to see both players at camp but added he was also worried about challenges that lie ahead of them.

"When you're on the national team at such a young age, a lot of things can change, be it your mindset or your style of play," Son said. "I hope that people around these players will just leave them alone and watch them grow, instead of putting too much pressure on them. I am sure they will develop into great players. And for football fans, there's nothing better than watching young players grow."

The match against Costa Rica at 8 p.m. Friday and against Cameroon at 8 p.m. next Tuesday will be the final two matches for South Korea at full strength before the World Cup. South Korea will likely schedule one final tuneup match at home in November before departing for Qatar, but Son and other Europe-based players won't be available for that occasion. 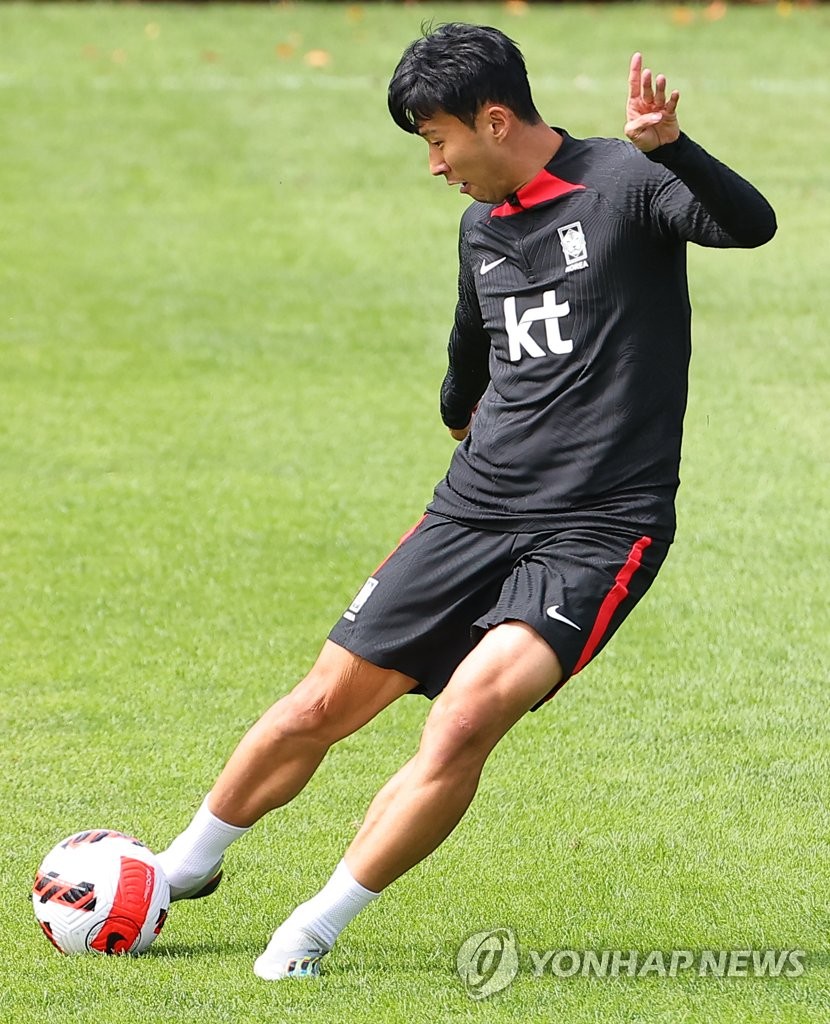 Mindful of the clock ticking fast toward the big event, Son said he will approach the two September games a little differently than earlier ones.

"I want these two matches to mean something special, and I'd like to show our fans that we really are a great team," Son said. "I want to instill confidence in our supporters that we'll do well at the World Cup. Our preparation will be special, and hopefully we will have special results.

Asked if Qatar will be his final World Cup, Son said he wasn't yet prepared to look that far down the road.

"I'll first have to play well at this year's World Cup," Son said. "I'm going to have to take care of myself over the four years. And I won't be picked for the national team unless I am good enough." 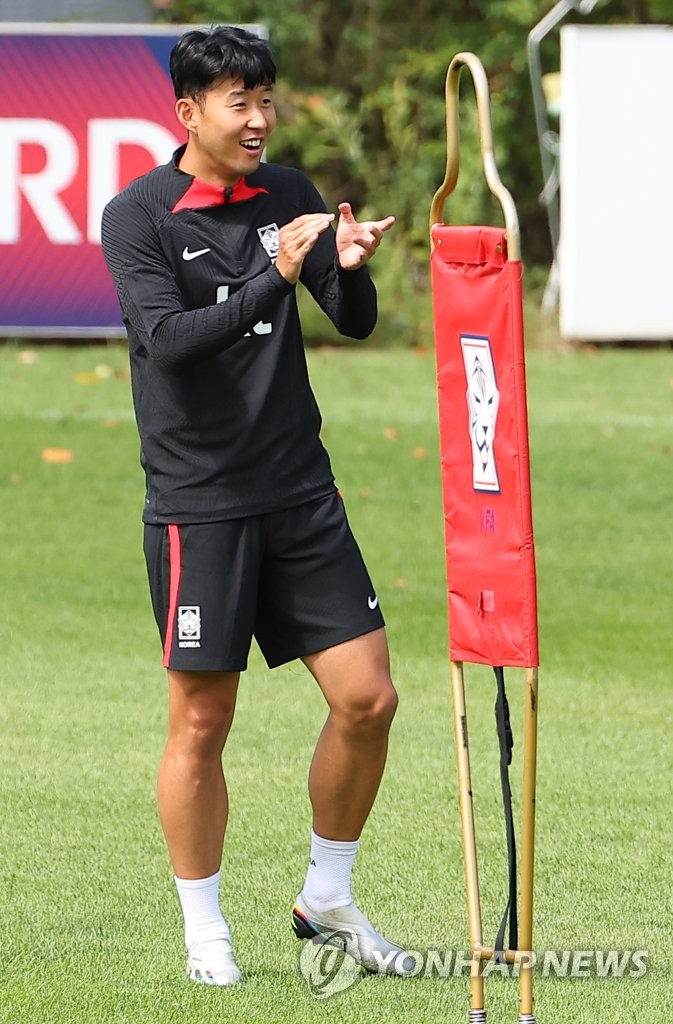