SEOUL, Sept. 21 (Yonhap) -- A record contingent of four South Korean golfers will represent the International Team at the biennial Presidents Cup this week, as they will try to snap a long American winning streak at the match play competition.

Im Sung-jae and Kim Joo-hyung were among six automatic qualifiers for captain Trevor Immelman for the Presidents Cup, which pits a team of non-European international players against Americans. Immelman then made six additional captain's picks, with two more South Koreans, Lee Kyoung-hoon and Kim Si-woo, getting the nods. South Korea had never had more than three players at a single Presidents Cup until now. 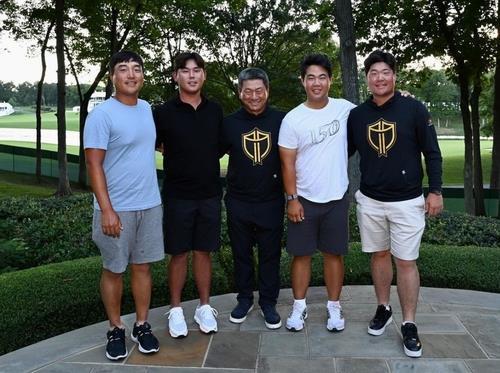 South Korea is the best represented country at this year's competition, which tees off Thursday at Quail Hollow Club in Charlotte, North Carolina. All four of those Korean players have won on the PGA Tour. Im and Kim Si-woo will be making their second Presidents Cup appearances, while Kim Joo-hyung and Lee are both rookies.

They will have their mentor in the leadership group, as Choi Kyoung-ju, the eight-time PGA Tour winner, returns as a non-playing assistant captain.

Players will be paired as teammates for the early portions of the competition, playing either fourball (players each playing their own ball) or foursome (two partners taking turns to hit shots for their team). The final day of action on Sunday will feature singles matches, with each of the 12 players on one side going up against another from the opposite team.

Each victory is worth a point. When teams end in a tie, they each take half a point. 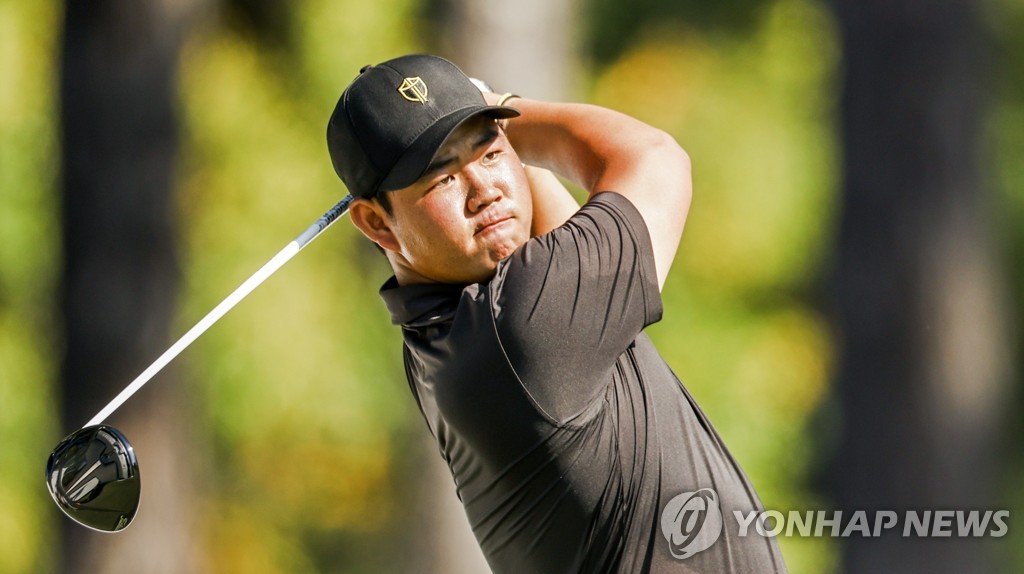 This is the 14th edition of the Presidents Cup, first contested in 1994. The U.S. has won 11 of them, while losing one and ending in a tie in another. The Americans have won eight straight Presidents Cups, dating back to 2005.

The four South Korean players have talked about their desire to play with each other as tandems, and Immelman may well choose to lean on the four players' natural chemistry and familiarity. The four share the same main corporate sponsor and practice together often.

Im, the 2018-2019 PGA Tour Rookie of the Year, had nice bookends to the 2021-2022 season. He earned his second career title at Shriners Children's Open last October, the third tournament of the season, and then finished runner-up to Rory McIlroy at the season-ending Tour Championship.

Im had an excellent Presidents Cup debut in 2019, when he tied for the International Team lead with 3.5 points. At his media availability Tuesday in Charlotte, Im said he didn't want to put too much pressure on himself to duplicate that performance.

"This is a kind of event you should enjoy," Im said. "Obviously, we would all love to win, but I also want to enjoy the atmosphere here."

The International Team has eight rookies. As one of just four players with previous appearance, Im said he wants to help those Presidents Cup rookies feel comfortable.

"I wouldn't call myself a veteran of this event," Im said. "But I still want to be able to help the first-timers relax and stay loose."

Kim Joo-hyung earned his PGA Tour card while playing on special temporary membership in the summer, and capped off his memorable rookie year with his maiden victory at the Wyndam Championship in August. At 20, Kim became the second-youngest PGA Tour winner since World War II. He will now be the third-youngest participant in Presidents Cup history. 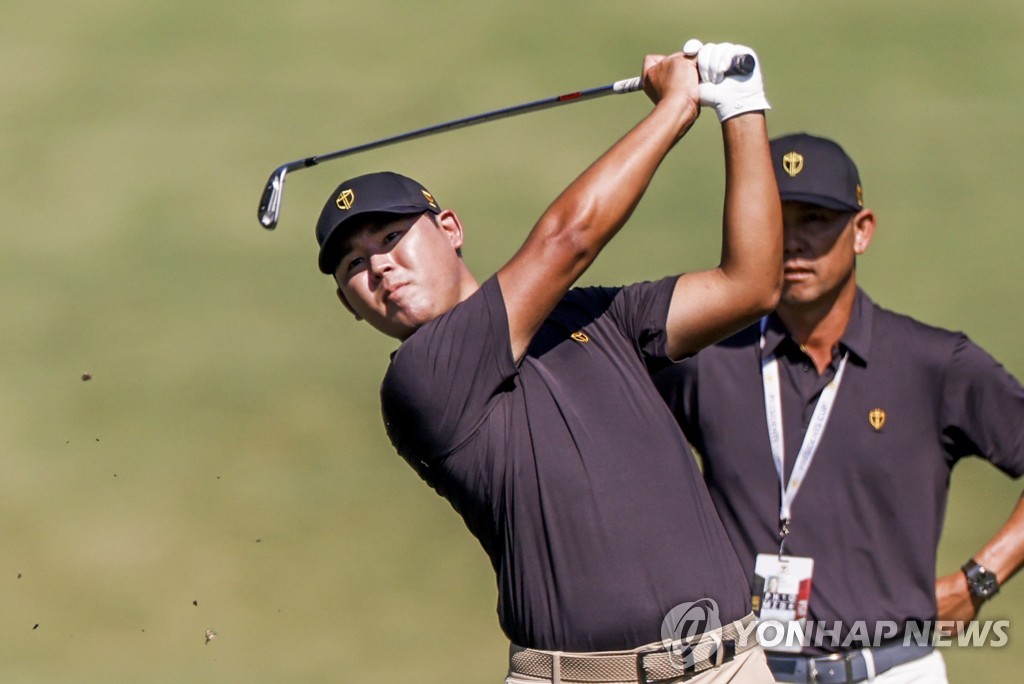 "I hope to just get the energy going (for the team)," Kim was quoted as saying. "I'm a lot younger than all the guys on the team, so hopefully I can bring that young energy and just be a kid out there and have all the fun we can. We know it will be tough but as long as we come together as a team, we're going to have a chance. So, I intend to be a good energy out there for the team."

At Tuesday's media availability, Kim called himself "a big jokester," and he embraces the role on the team.

"When things get a little tough, I feel I can bring people up. So that's going to be my role and hopefully I can fill in my shoes," Kim said. "I feel like I'm a very good team player. That's what I told Trevor (Immelman). I would love to be a team player and whatever he feels like what's best for the team, I'm going do that.

"I'm super pumped. I can't wait for Thursday to come and I've always dreamed of doing crazy fist bumps because it's match play," Kim added. "It's hard to put into words about how pumped I am."

Lee won his second consecutive AT&T Byron Nelson title in May and was one of two South Koreans, along with Im, to qualify for the Tour Championship, an exclusive event only for the top 30 players in FedEx Cup points through the regular season and two playoff events. 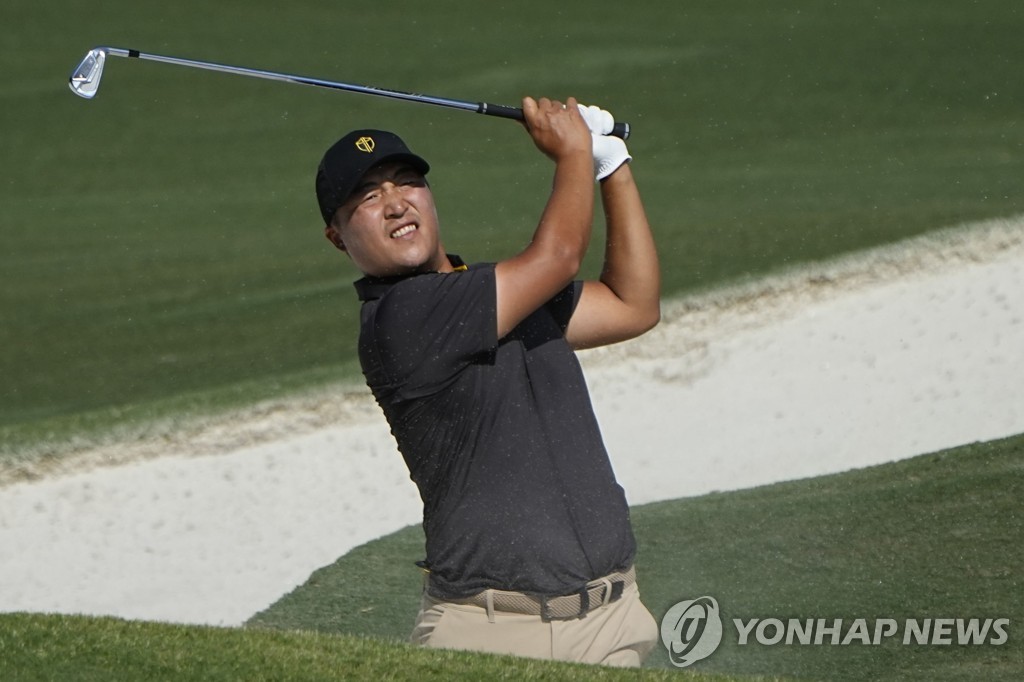 Kim Si-woo did not post a win last season but recorded 11 top-25 finishes in 29 starts.

Other members of the International Team include Hideki Matsuyama of Japan, the 2021 Masters champion, and the Australian veteran Adam Scott, who will be playing in his 10th Presidents Cup.

The U.S. side is stacked with some big names, including five of the top-10 players in the world rankings: Scottie Scheffler (No. 1), Patrick Cantlay (No. 4), Xander Schauffele (No. 5), Justin Thomas (No. 7) and Collin Morikawa (No. 9). Former world No. 1 Jordan Spieth was chosen as a captain's pick by Davis Love III and will make his fourth appearance, more than anyone on this year's U.S. team. 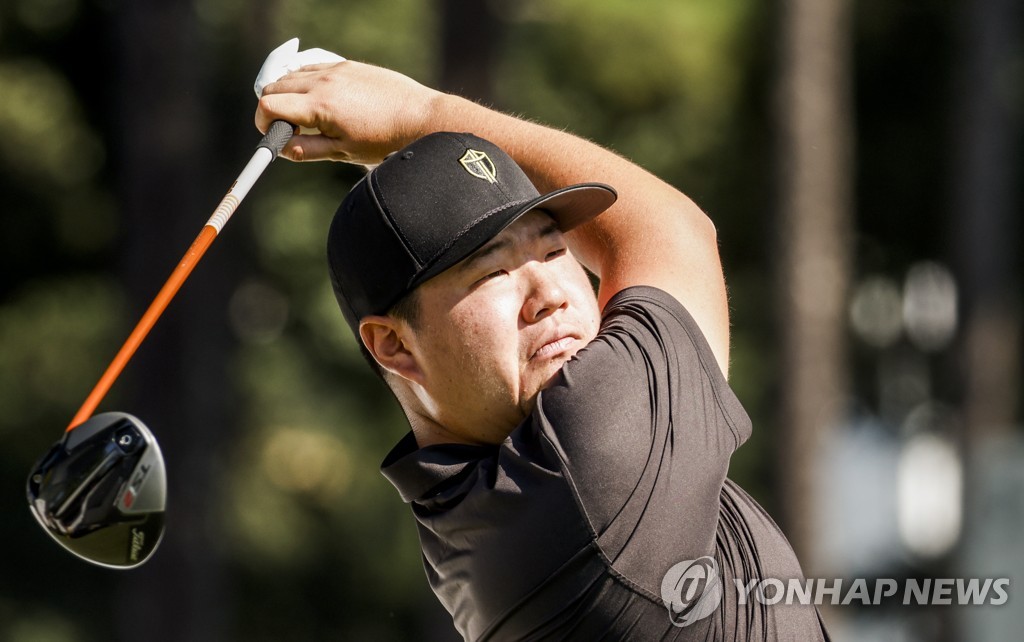