NEW YORK, Sept. 20 (Yonhap) -- President Yoon Suk-yeol met with Korean residents in New York on Tuesday and promised to ask the U.S. government to ensure their rights and safety.

The banquet, which was held as part of Yoon's visit to the city to attend the U.N. General Assembly, brought together some 170 Korean residents, including the head of the Korean American Association of Greater New York and business owners.

Yoon said he is proud of their achievements and grateful for their love for their fatherland. 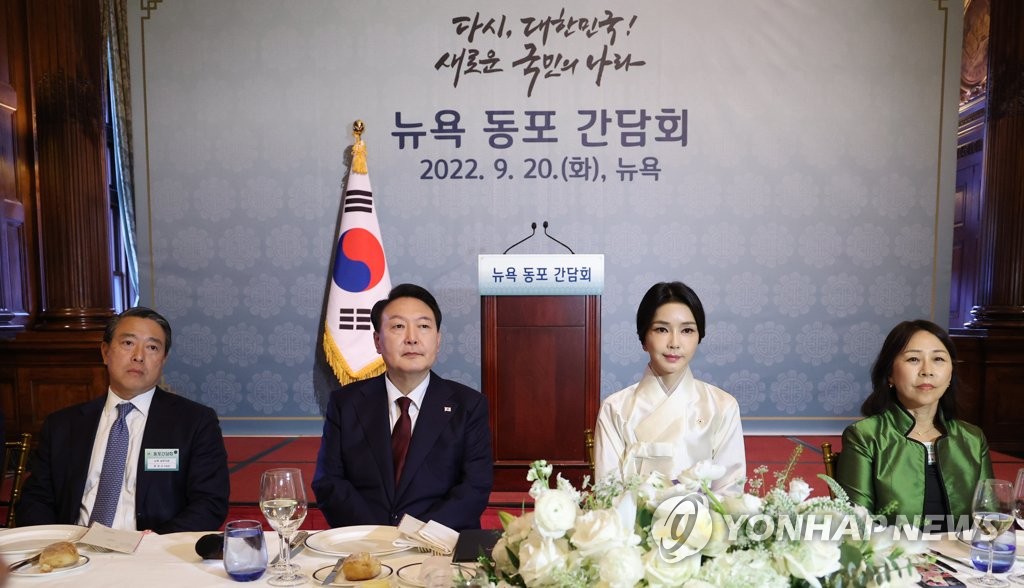 "Our government will do our best so that overseas Koreans can enjoy their proper rights in U.S. society and develop further," he said during the dinner, where he was joined by first lady Kim Keon-hee.

"We will do our best to ensure our compatriots are not exposed to hate crimes and discrimination, and can safely go about their lives. I will call on the U.S. authorities to pay attention to enhancing the rights and interests of our compatriots as well as their safety," he added.

Referring to his campaign pledge to establish an office for overseas Koreans, Yoon said he expects the related bill to pass through the National Assembly soon, as it was also a pledge made by the main opposition Democratic Party.

The new office would support the education of Korean children, among other roles.

"A person must always know where their roots are, and I will carefully consider the wishes of our compatriots to teach their children such lessons, and quickly make improvements if there areas that are lacking in Korean language and next-generation education," Yoon said, according to his office. 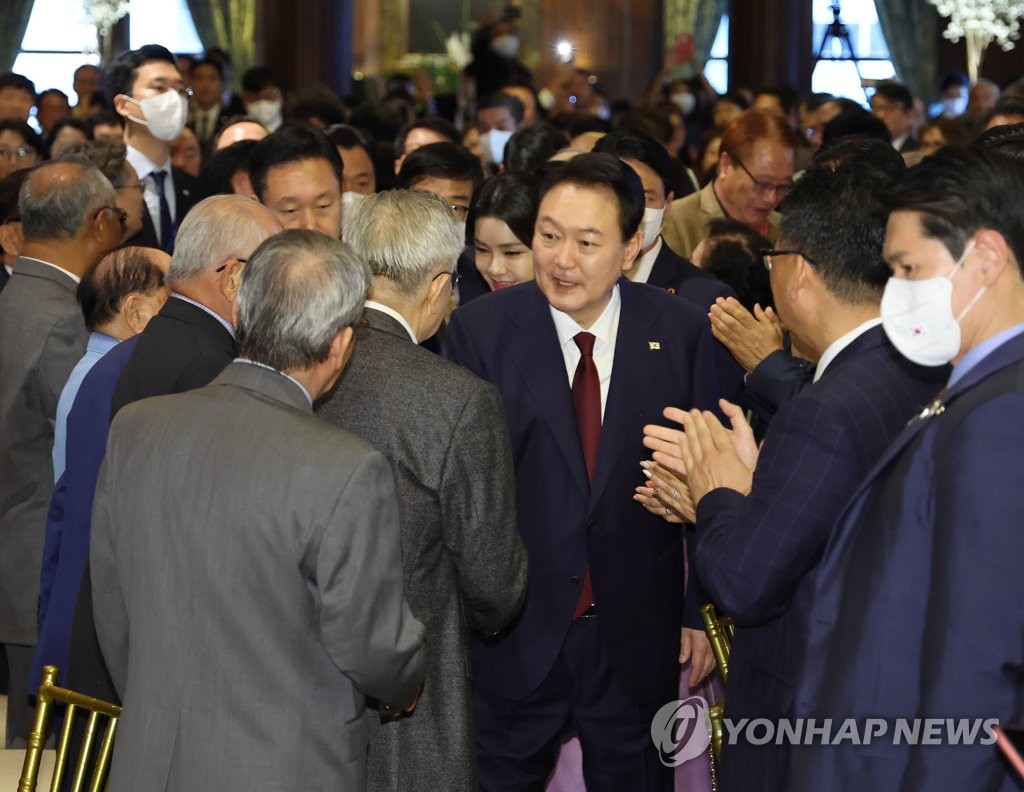