(ATTN: UPDATES throughout with statement from presidential office; CHANGES headline)
By Lee Haye-ah

Biden also said the two sides should continue serious discussions about the matter, the office said in a press release summarizing the presidents' three encounters over the last four days.

"President Yoon explained our businesses' concerns about the U.S. Inflation Reduction Act and asked that the U.S. administration cooperate closely with South Korea in the process of enforcing the IRA so as to resolve our concerns," it said.

The IRA excludes electric vehicles assembled outside North America from tax incentives, raising concerns it will act as a significant trade barrier for Korean-made cars. 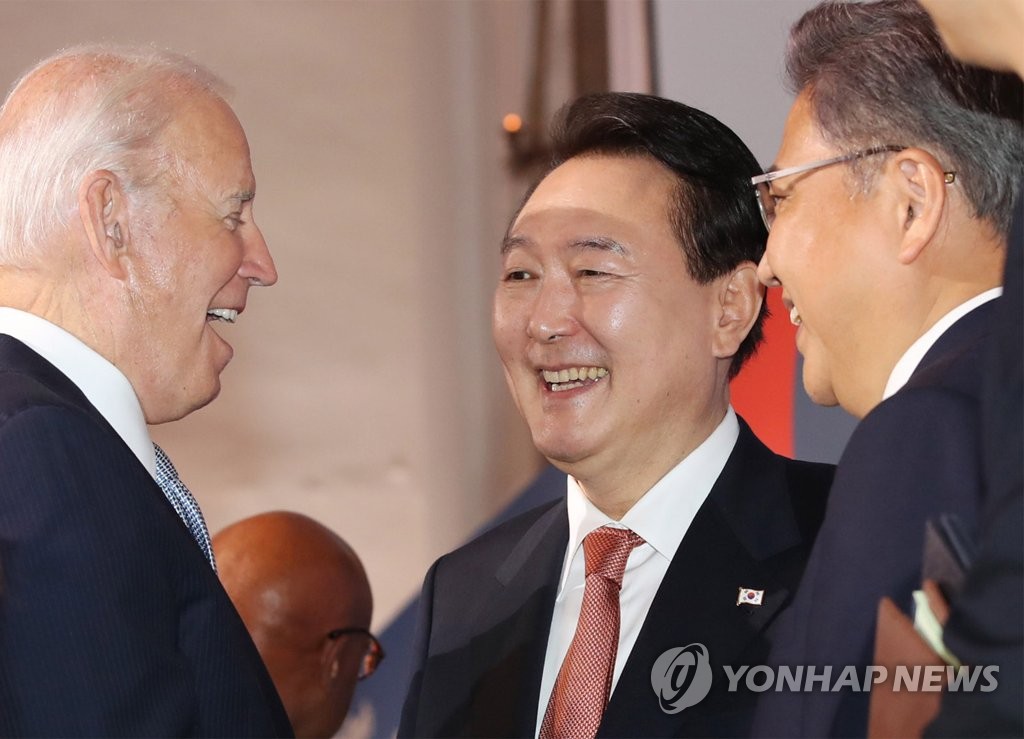 The topic had been widely expected to be raised by Yoon if he held a summit with Biden on the sidelines of the U.N. General Assembly in New York this week.

The summit did not materialize, but the two met briefly during a fundraising event for fighting infectious diseases earlier in the day.

"The two leaders also agreed to cooperate closely to implement liquidity facilities for financial stabilization if needed," the presidential office said in the release.

"They assessed the consultations under way between South Korea and the U.S. over extended deterrence, and agreed to further strengthen bilateral cooperation to deter North Korea's attacks and to come up with joint response plans against North Korea's provocations," it added.

Yoon was not initially on the list of attendees for the Global Fund's Seventh Replenishment Conference fundraiser hosted by Biden but was later invited, according to the presidential office.

During the event, Yoon gave remarks and could later be seen talking with Biden for under a minute, though their conversation could not be heard.

The brief encounter appeared to have replaced their planned summit after Biden's diplomatic schedule in New York was reduced due to his unscheduled attendance at the queen's state funeral in London on Monday and U.S. domestic political events.

A presidential official had said earlier that Yoon and Biden were still expected to meet "in whatever format."

The two held their first summit in Seoul in May shortly after Yoon took office.