Yoon left for Britain, the United States and Canada earlier this week to attend the state funeral of Queen Elizabeth II and make his debut speech at the 77th U.N. General Assembly in New York.

In New York, Yoon had been expected to hold a formal summit with Kishida amid frayed Seoul-Tokyo relations and hold a separate summit with Biden to express concerns over the U.S. Inflation Reduction Act that is feared to hurt South Korean automakers.

However, Yoon and Kishida held a 30-minute informal meeting on the sidelines of the U.N. event. A formal summit between Yoon and Biden did not take place, but the two met briefly during a fundraising event, as Biden's diplomatic schedule in New York had been reduced due to his unplanned attendance at Queen Elizabeth II's state funeral and U.S. domestic political events.

"I don't want to believe that a short conversation with U.S. President Biden that took place standing for 48 seconds at an event venue was the entire summit," Park Hong-keun, the DP floor leader, said during a party meeting, voicing concerns on whether they had time to discuss pending economic issues.

Park also criticized Yoon for being caught on press cameras using foul language to refer to U.S. Congress as he left the venue, calling it a "major diplomatic accident."

The DP leader criticized the Yoon-Kishida meeting for being "humiliating" and "empty-handed."

"The process as well as the result was humiliating," Park said. "There was no progress on historic issues, like forced labor. Concerns over empty-handed, humiliating diplomacy have materialized."

Park called on the Yoon government to take responsibility.

"It seems a full-scale replacement of the diplomatic line is inevitable. It should be noted that a failure in diplomacy not only concludes in an administration's failure but brings pain to our companies and the people." 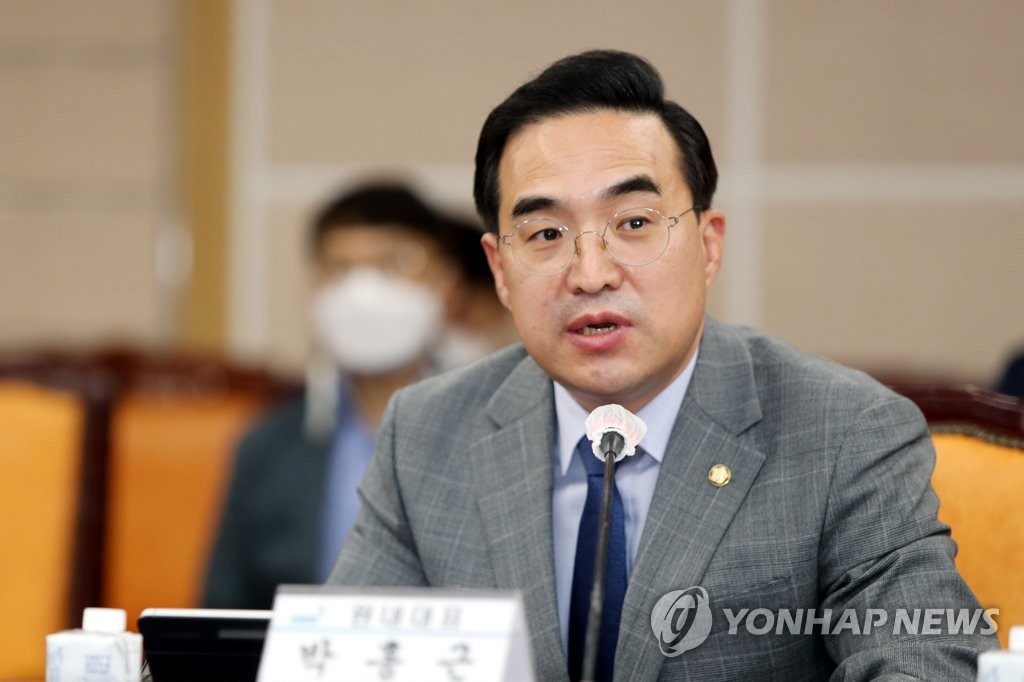