SEOUL, Sept. 22 (Yonhap) -- Two former Grand Slam women's singles champions reached the quarterfinals of the WTA event in Seoul on Thursday, staying on a collision course for a duel in the semis.

Emma Raducanu of Britain, the 2021 U.S. Open champion, defeated Yanina Wickmayer of Belgium 6-3, 7-5 in the round of 16 at the Hana Bank Korea Open at Olympic Park Tennis Center in Seoul.

In the following match, the top seed Jelena Ostapenko, the 2017 French Open winner, squeezed past Anastasia Gasanova of Russia 6-3, 5-7, 7-5, for her second straight three-set victory here.

In Friday's quarterfinals, Raducanu will face Magda Linette of Poland, while Ostapenko will take on Victoria Jimenez Kasintseva of Andorra. Winners of the two matches will face each other in the semifinals Saturday.

The two other quarterfinal matches will feature: Tatjana Maria of Germany against Zhu Lin of China, and Lulu Sun of Switzerland against No. 2 seed Ekaterina Alexandrova of Russia. 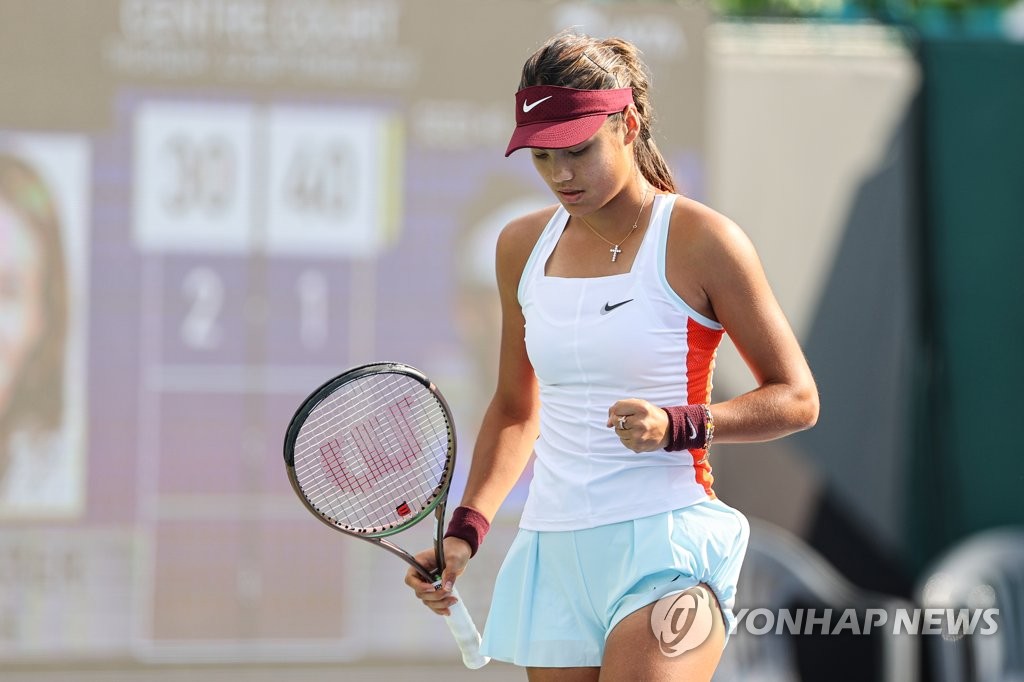 As she had done in her first round victory over Moyuka Uchijima of Japan on Wednesday, Raducanu almost frittered away an early lead in the second set against Wickmayer, following a relatively breezy win in the first set.

Raducanu went up 3-0 in the second set but allowed Wickmayer to pull even at 4-4, getting broken a couple of times in the process. Wickmayer relied on some strong serves and peppered the court with groundstroke winners in her second-set push.

But Raducanu, who won the U.S. Open as a qualifier without dropping a set, held her ground in late stages. Her serves found some new life and Wickmayer played herself out of the match with costly unforced errors.

"My strategy today was to swing for the ball and be loose and not care too much about making mistakes and just accepting them more," she said. "And I think that I did that better today than yesterday. So I'm quite pleased to see the improvements there. And I think that in the big moments, when it was close, I committed to my shots a lot better and got rewarded for it." 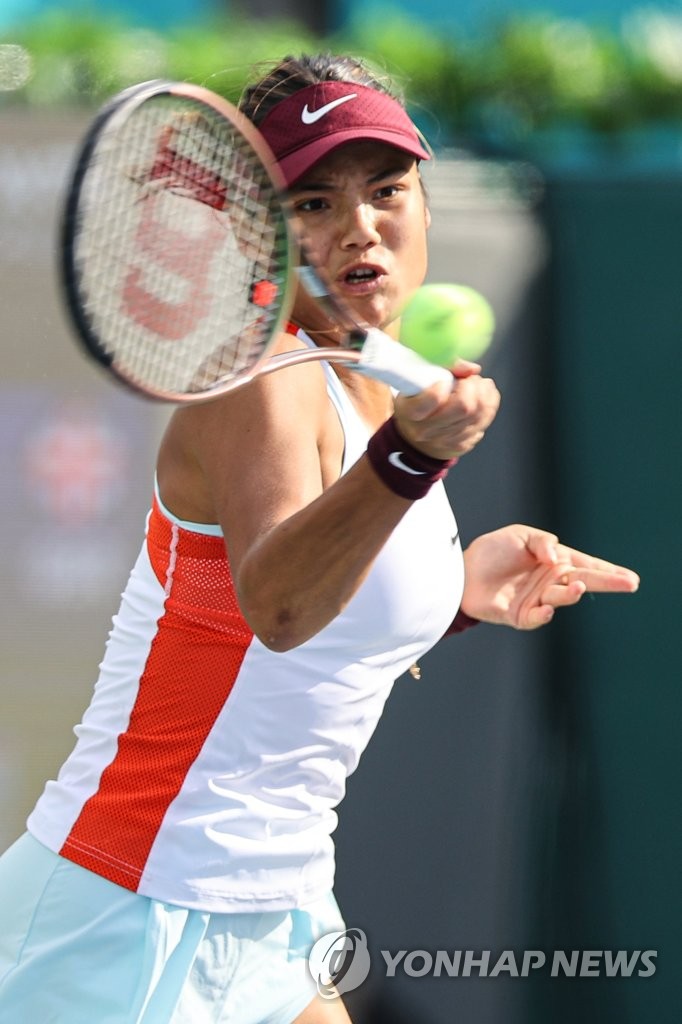 Raducanu, who had nine aces, said her serves made the difference in the second set.

"I was hitting all my spots pretty well. I wasn't as predictable today," she said. "A lot of aces, especially in the second set, helped me get to a big lead and gave me a bit of a cushion."

Raducanu has not won since that Grand Slam breakthrough. She has nosedived from No. 10 to No. 77 in the world rankings. 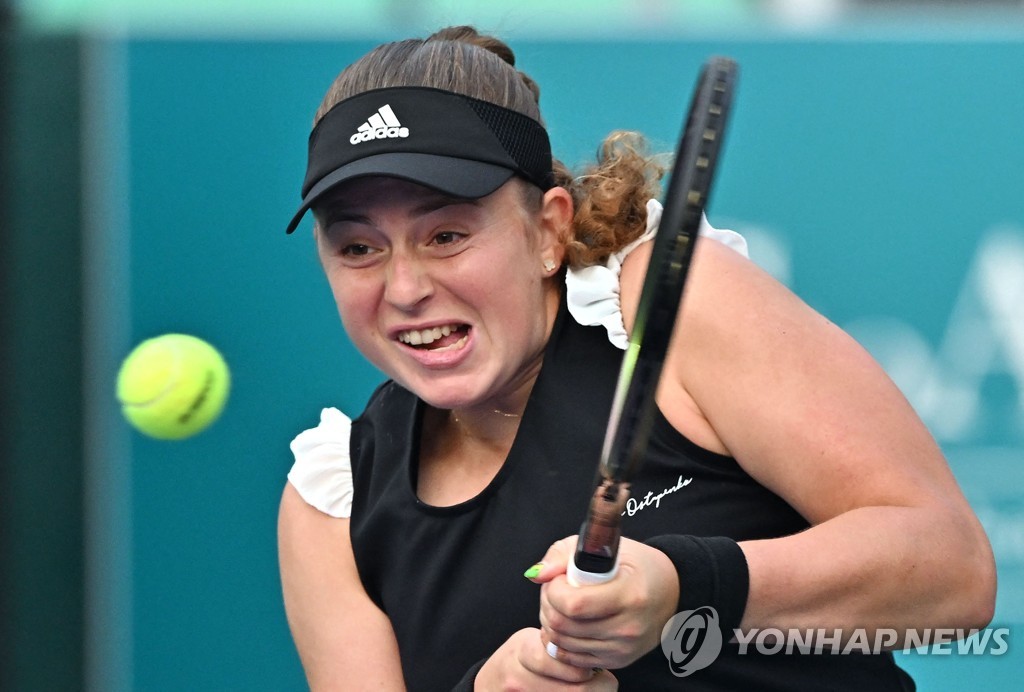 Ostapenko, the 2017 Korean Open champion and a huge fan favorite in Seoul, cruised through the first set against Gasanova, only to see her game desert her in the second set loss.

Down 5-3 in the third set with Gasanova serving, Ostapenko then saved a match point, with her Russian opponent committing back-to-back double faults. A forehand winner gave the game to Ostapenko, who then held her serve to draw all even at 5-5.

In the next game, Ostapenko rallied from 40-0 down to break Gasanova, who kept sending her backhand returns long and wide.

Now serving for the match up 6-5, Ostapenko erased a 15-30 deficit with an ace, and clinched the win thanks to consecutive unforced errors by Gasanova. 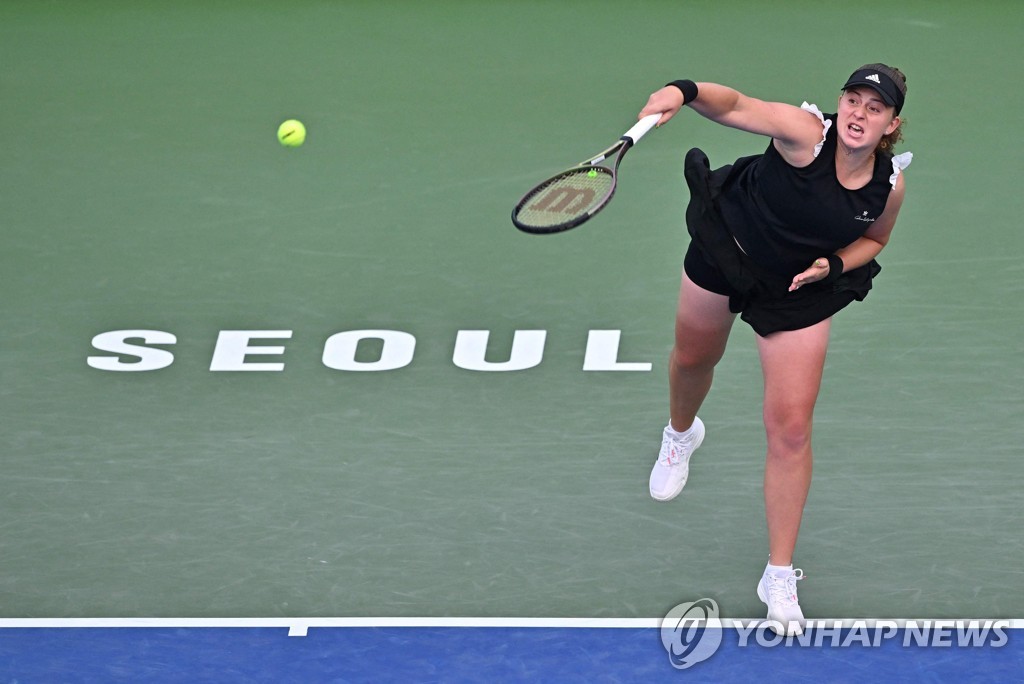