SEOUL, Sept. 23 (Yonhap) -- South Korea's unification ministry urged local activist groups to refrain from sending anti-Pyongyang leaflets across the border amid lingering concerns that such a campaign could lead to the escalation of tensions on the peninsula.

The ministry also made clear Seoul will take a "strong and stern" measure in case Pyongyang carries out its threat of retaliatory action against those who seek to spread those leaflets, usually using large-scale balloons.

"The government is concerned that the leafleting is continuing despite our repeated calls on the organizations to refrain from (sending leaflets), and we urge them again to refrain from sending the leaflets and other materials," the ministry's deputy spokesperson, Lee Hyo-jung, said during a regular press briefing. 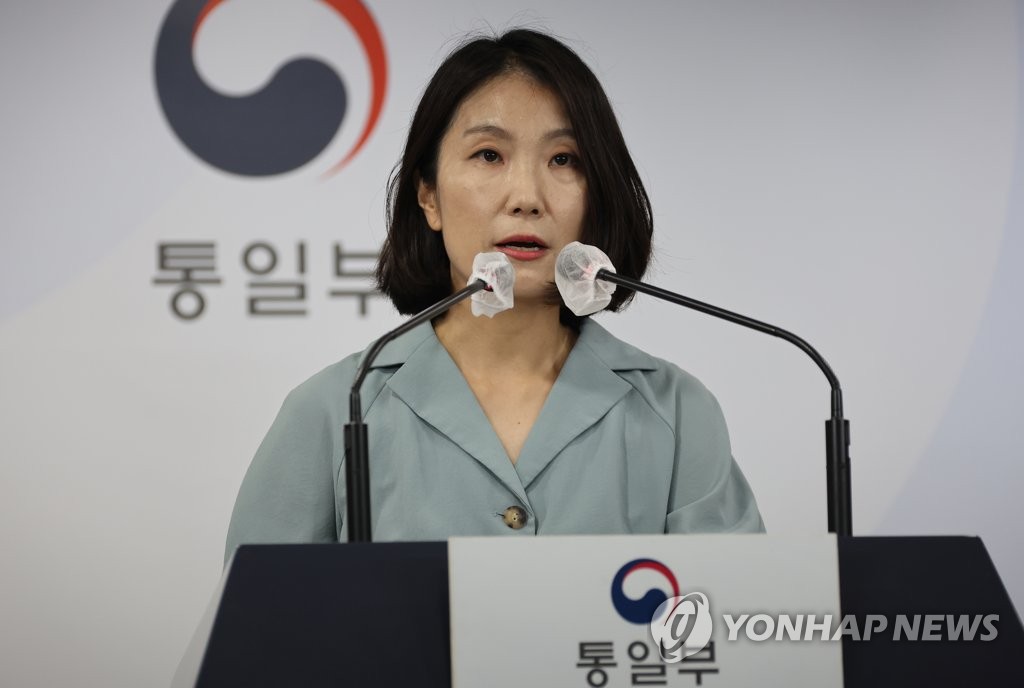 Last month, Kim Yo-jong, the influential sister of North Korean leader Kim Jong-un, reiterated the claim that the leaflets sent by activist groups in the South were the source of the COVID-19 outbreak in the North and warned of "deadly retaliatory" countermeasures against Seoul.

The ministry's statement came amid speculation that activist groups could send leaflets on the occasion of North Korea Freedom Week, which runs from Sept. 25 to Oct. 1.

Observers say the government also appears to be seeking to avoid unnecessarily provoking the North.

Some defector groups in South Korea have flown huge balloons carrying leaflets, coronavirus-related pills and other items near border regions.

The government has banned the leafleting to protect the lives and safety of residents living in the border areas, saying such leaflets could provoke the North to take bellicose action. The ban came months after the North blew up an inter-Korean liaison office in the border town of Kaesong in 2020 in anger over Seoul's failure to stop such leafleting.