SEOUL, Sept. 23 (Yonhap) -- A deposit-refund scheme aimed at reducing the use of disposable cups at cafes and restaurants will go into effect in early December in the two regions of Sejong and Jeju, the environment ministry said Friday.

The decision marks a scale-back of the ministry's initial plan for a nationwide implementation of the compulsory scheme mandating a surcharge of 300 won (21 US cents) per drink a consumer buys in a takeaway cup, refundable upon the return of the package for recycling.

It was originally set to take effect on June 10 across the nation, but the ministry postponed its implementation by six months amid protests from cafe and restaurant operators.

On Friday, the environment ministry said the deposit-refund will go into effect on Dec. 2, but only in the central administrative city of Sejong and the southern tourist island of Jeju.

After assessing the results in the two regions, the ministry plans to determine how to gradually expand the scheme to more regions, a senior ministry official said.

Under the current regulations, cafe, bakery or fast food chains that operate 100 or more shops are subject to the disposable cup reduction scheme, but the scope of the implementation could change depending on the opinions of related entities, the official also said.

Each year, 25 billion disposable cups are produced or imported in South Korea.

According to a recent environment ministry report, the number of disposable plastic and paper cups consumed at stores of 14 major cafe chains and four fast food brands, including Starbucks and McDonald's, amounted to a five-year high of 1.02 billion last year on the back of the COVID-19 pandemic.

The corresponding number for the first half of this year stood at 534.9 million, but only about 16 percent were returned for recycling, the report showed. 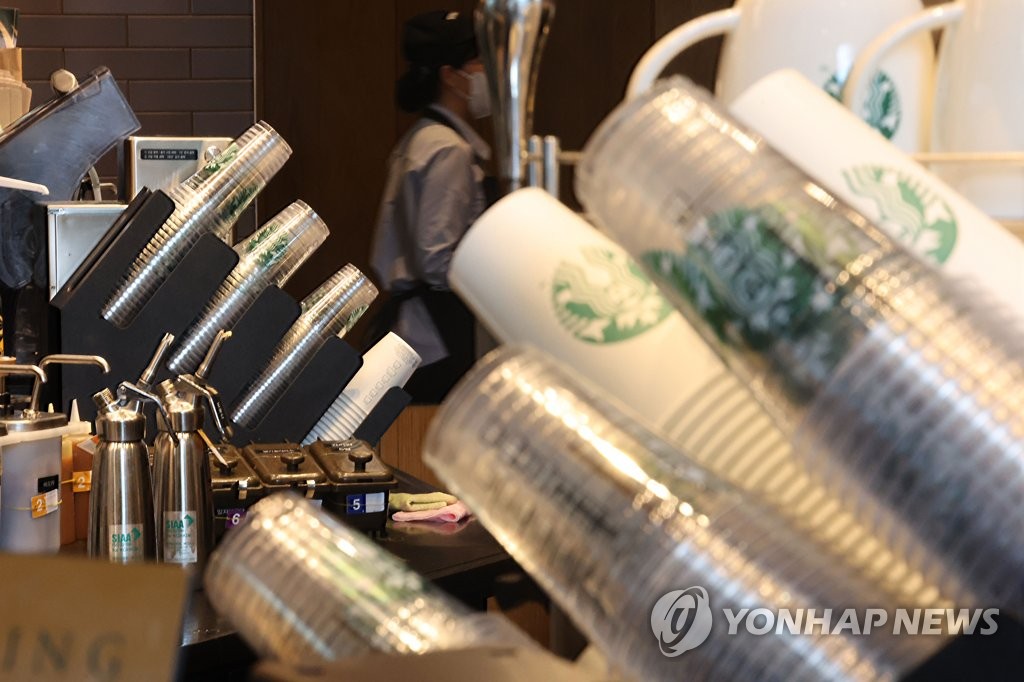