SEOUL, Sept. 23 (Yonhap) -- South Korean stocks dropped to the lowest level this year on Friday on mounting fears that the Federal Reserve's aggressive rate hikes would further exacerbate a global recession. The local currency went up against the greenback.

The benchmark Korea Composite Stock Price Index (KOSPI) fell by 42.31 points, or 1.81 percent, to 2,290, extending its losing streak to a third session and marking the lowest point so far this year.

The market opened lower, taking a cue from overnight losses on Wall Street amid concerns that the Fed's aggressive monetary tightening would throw the global economy into a deep recession.

Earlier this week, the Fed raised its target interest rate by 75 basis points for a third straight time.

Seo noted that investors are positioned to digest a series of key economic data from major economies next week.

"The U.S. Consumer Confidence Index is due for Tuesday, the final U.S. GDP for Thursday and other indexes from China and Europe will come out on Friday. Their results can either fan or cool off recession woes."

Most large cap shares were bearish, led by losses in the battery, auto and tech stocks.

The finance ministry announced earlier in the day it will carry out measures to stabilize volatility in the bond market. 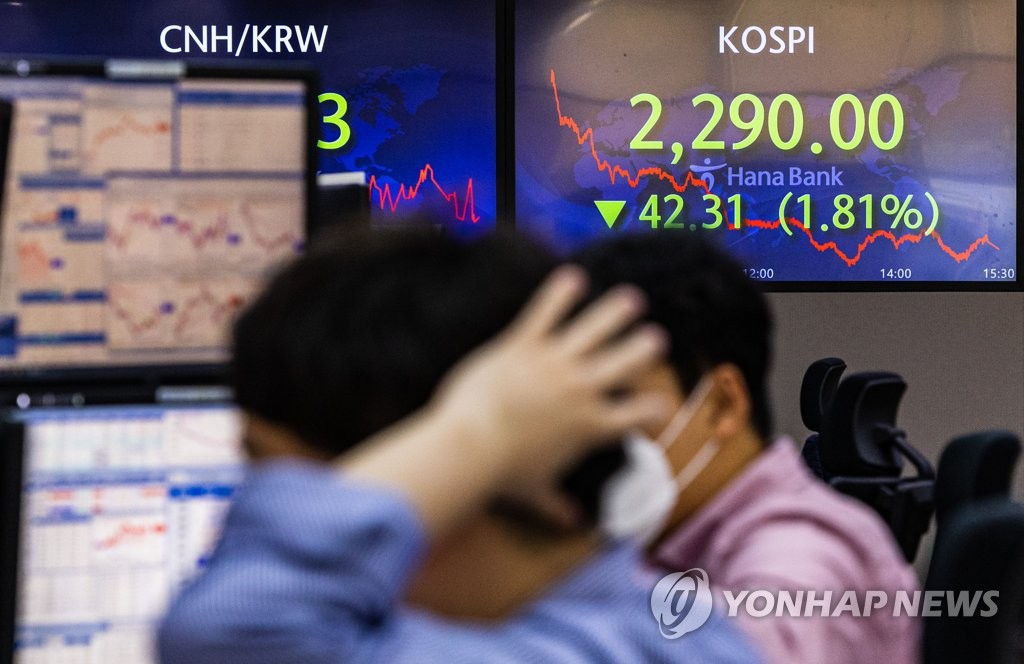