WASHINGTON, Sept. 23 (Yonhap) -- North Korea may well conduct a nuclear test during U.S. Vice President Kamala Harris' upcoming trip to Japan and South Korea as Pyongyang has been preparing for such a test, a senior U.S. administration official said Friday.

The official warned the North will face serious consequences should it choose to conduct a new test.

"It is possible and we previously said that the DPRK is preparing to conduct a nuclear test," the official said when asked about the possibility of a North Korean nuclear test during Harris' trip to the Northeast Asian countries next week. 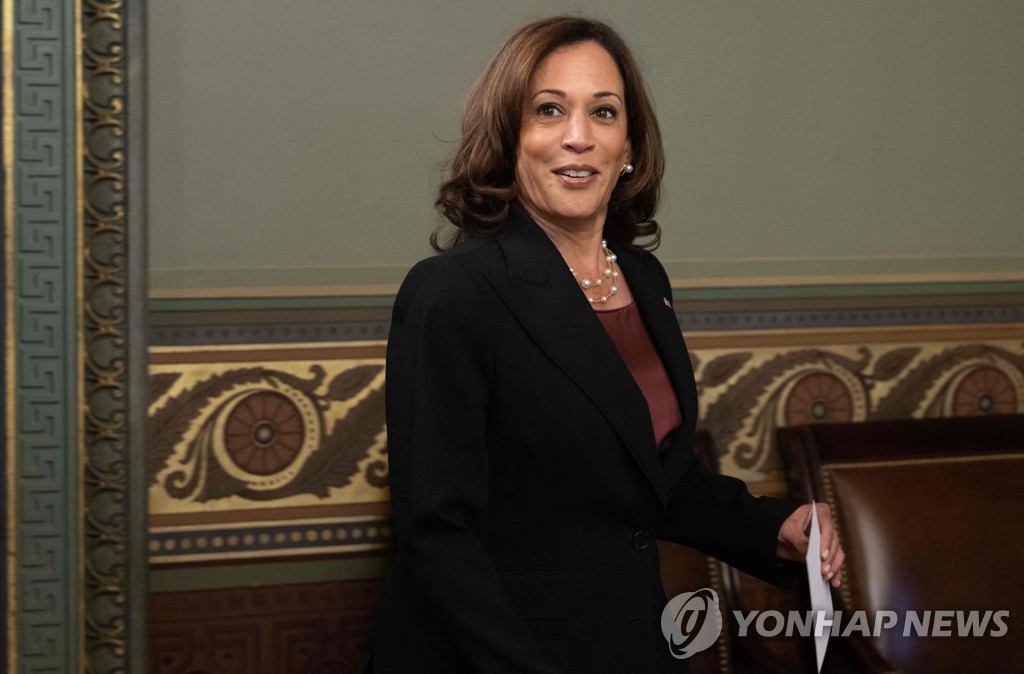 The official noted Pyongyang has been said to be preparing for a nuclear test for some time.

"We have made clear that such a test would result in additional actions by the United States to demonstrate our ironclad commitment to the security of the Republic of Korea and to our Japanese allies," said the official, referring to South Korea by its official name.

The vice president is scheduled to make a four-day visit to Japan from Monday, leading a presidential delegation to the funeral of former Japanese Prime Minister Shinzo Abe.

She will arrive in South Korea on Thursday for a meeting with South Korean President Yoon Suk-yeol, the official said in a telephonic press briefing. It will mark her first trip to both Japan and South Korea since taking office early last year.

In addition to Yoon, Harris is also scheduled to meet with South Korean Prime Minister Han Duck-soo, who will be leading South Korea's presidential delegation to Abe's funeral.

The Harris-Han meeting will be held in Tokyo on Tuesday, according to the U.S. administration official.

During her two-day trip to Seoul, the U.S. vice president will also hold a roundtable with a group of what the administration official called "groundbreaking Korean women."

"These are prominent women from different industries who have made strides in building a more inclusive and equitable society," the official said.

"This meeting will demonstrate the importance the vice president places on gender equity issues around the world," added the official. "The vice president very much wants to lend her voice and her leadership to lift up women and expand opportunities for them."

The official said Harris will have an opportunity to engage with U.S. troops stationed in South Korea when asked, but declined to provide further details.

The official declined to comment on whether the vice president will be working directly to help mend relations between Seoul and Tokyo during her visit to the region, but said the U.S. certainly encourages its two allies to improve their ties.

"Obviously, we want to see the closest possible relationship between our two allies. We were encouraged to see that leadership on both sides seems to be prioritizing that issue and meeting with each other," the official said, apparently referring to President Yoon's meeting with Japanese Prime Minister Fumio Kishida on the sidelines of the U.N. General Assembly in New York this week.

"It's not for us to get in the middle of such a negotiation, but it's certainly for us to express our support for what they are doing and anything we can do to help, but mainly just to encourage that process because the more we can be aligned bilaterally with them and then with each other, the stronger we are in the region and throughout the world."