The two leaders discussed a wide range of topics during their summit, including cooperation on technology, climate change, people-to-people exchanges and North Korea. In a joint statement, they announced the countries are elevating their relationship to a comprehensive strategic partnership.

"Today's talks were very meaningful in that they took place against the backdrop of a combination of challenges faced by the international community, including a pandemic, supply chain disruptions and climate change," Yoon said in a joint press conference following the summit. 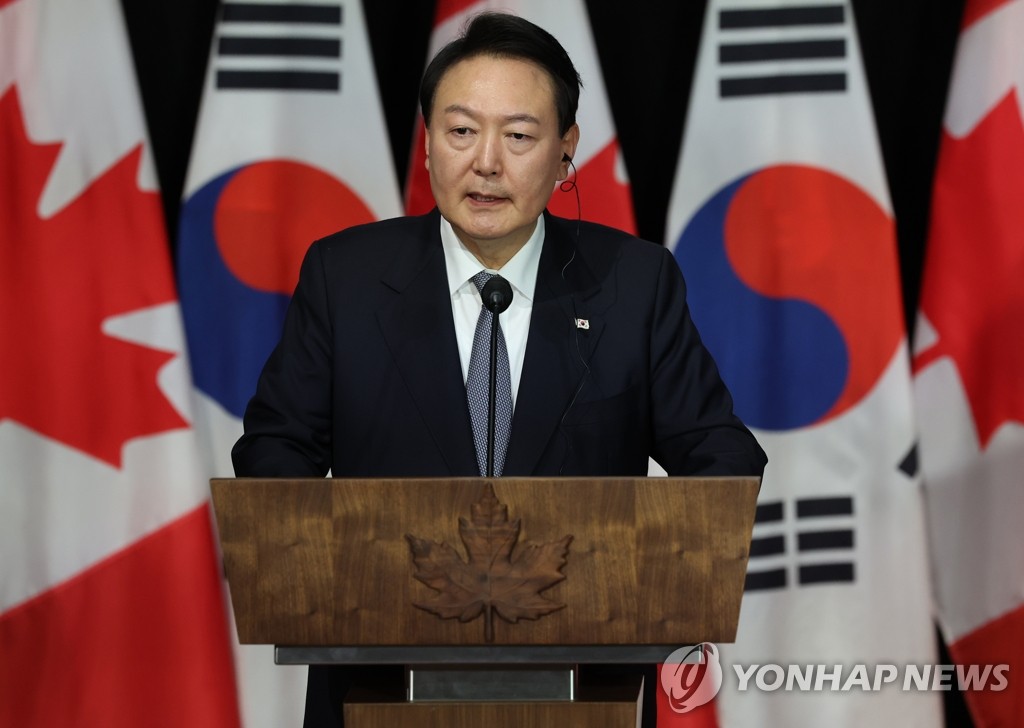 "We agreed to strengthen cooperation between the two countries on economic security," he continued, noting that both nations play important roles in global supply chains, with South Korea being a key producer of semiconductors and batteries and Canada being a top producer of minerals.

"We plan to build a cooperation regime in the area of minerals and natural resources between the governments and businesses of the two countries in order to secure stable supply chains after the pandemic," Yoon said.

The two sides will communicate closely through high-level diplomatic and trade channels in order to be able to respond actively to "shocks caused by changes in the international order," he added.

Yoon arrived in Canada the previous day on a two-day visit that took him first to Toronto for separate meetings with AI experts and Korean residents, and then to the Canadian capital on Friday for a summit with Trudeau.

His visit came ahead of the 60th anniversary of establishing bilateral diplomatic relations next year. 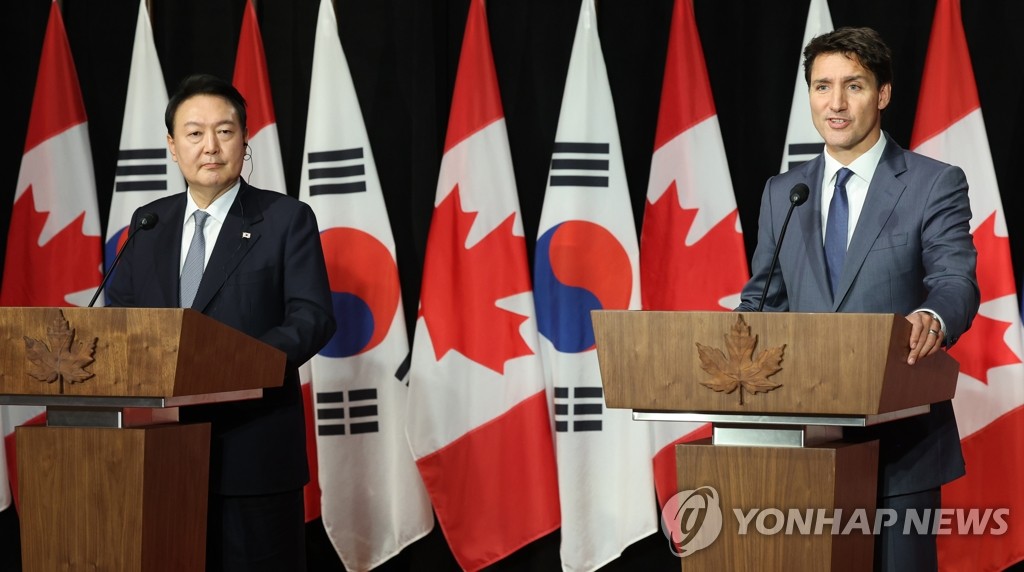 Moreover, the two agreed to use their countries' respective strengths in the production and supply of clean hydrogen to achieve a high level of synergy in their pursuit of carbon neutrality by 2050.

With next year marking the 60-year anniversary, the leaders said they will designate 2024 and 2025 as years of cultural exchange.

They also agreed to strengthen strategic cooperation for regional peace and prosperity, while sharing assessments of North Korea's evolving nuclear and missile threats.

The summit wrapped up Yoon's three-nation swing that included Britain and the U.S. Earlier Friday, he and first lady Kim Keon-hee paid their respects to fallen soldiers at the National War Memorial before meeting with Governor General Mary Simon.

Canada sent the third-largest number of troops to fight alongside South Korea during the 1950-53 Korean War. Nearly 27,000 Canadian military personnel served in the Korean War during both the combat phase and as peacekeepers afterward. Of them, 516 paid the ultimate sacrifice during the war. 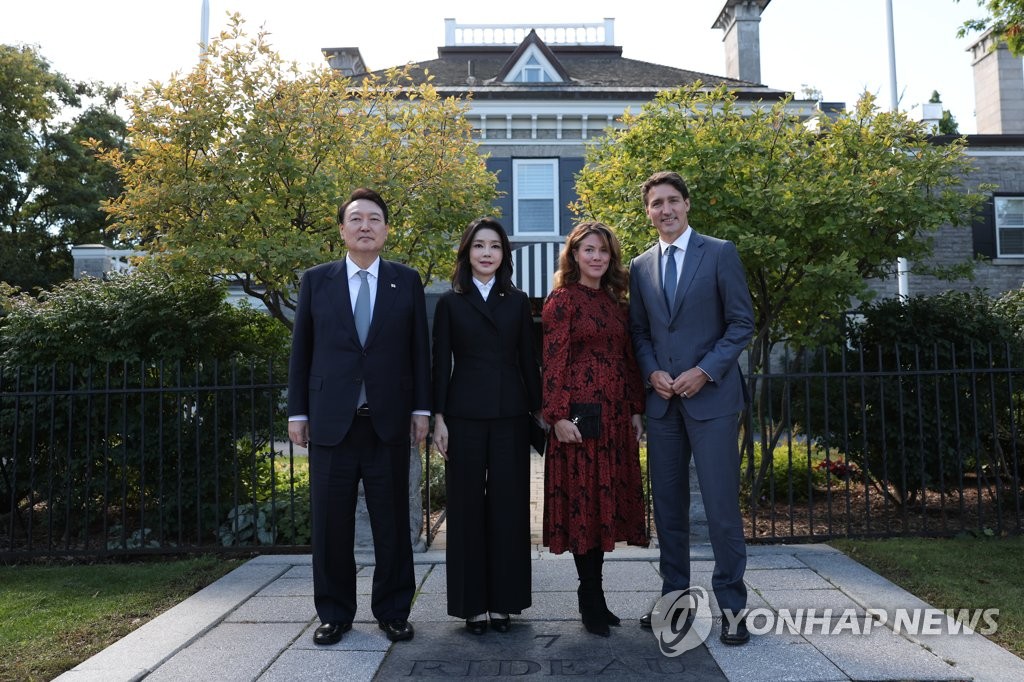