Bae batted 1-for-3 with a walk and two steals for the Pittsburgh Pirates in their 6-5 loss to the Chicago Cubs at PNC Park in Pittsburgh on Friday (local time).

Bae, who played second base and batted ninth, is the 26th South Korean to appear in a Major League Baseball (MLB) game. He'd earned his promotion from the minors in time for the home game. 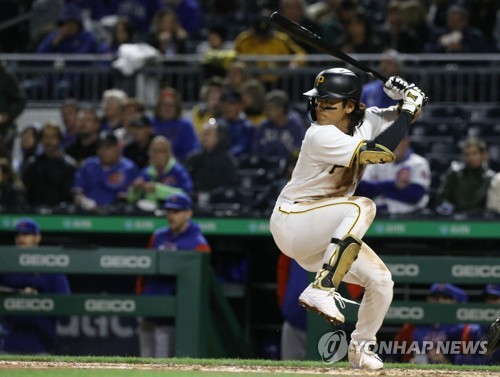 Bae first signed with the Atlanta Braves in September 2017 out of high school, but the deal was later voided by MLB due to the Braves' signing violations. The Pirates acquired him the following year.

The 23-year-old reached Triple-A this season, batting .289/.362/.430 with eight home runs and 53 RBIs in 108 games. He'd been teammates with another South Korean infielder, Park Hoy-jun, who has had a cup of coffee with the Pirates but has spent the majority of the season in Triple-A. 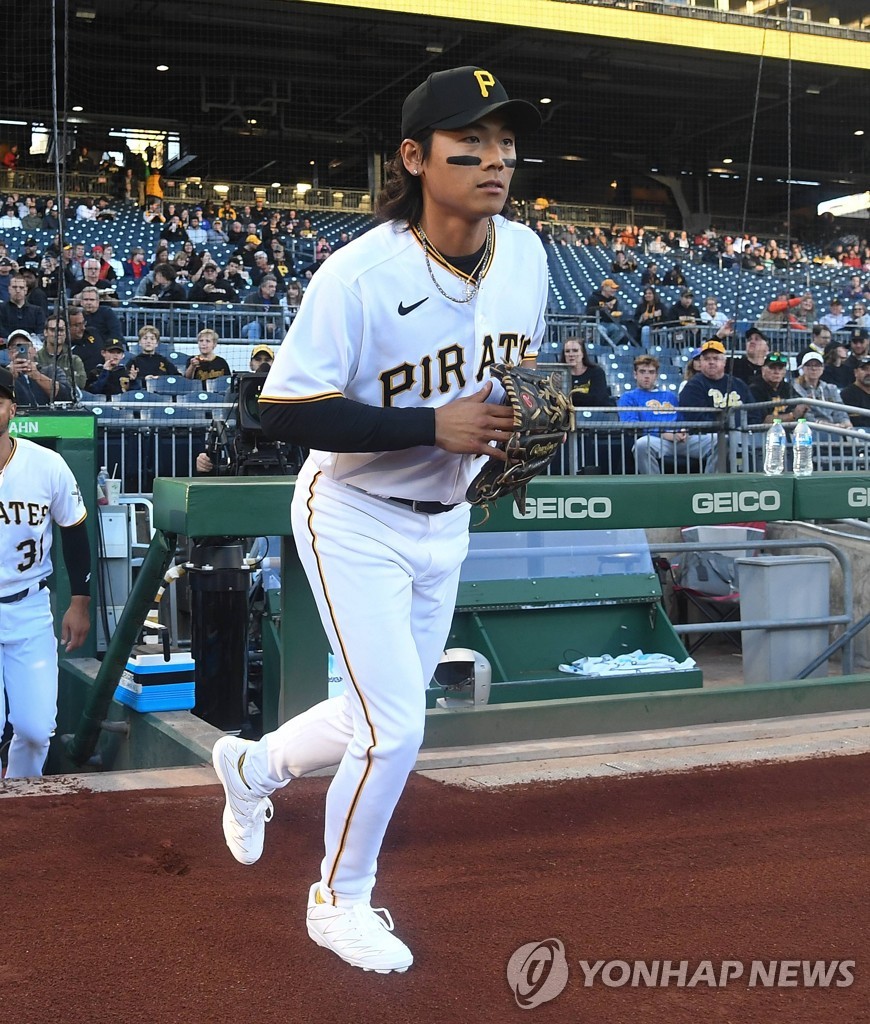 Bae walked in his first trip to the plate in the second inning and stole second base. He popped out to third base in the fourth and grounded out to second in the sixth, before getting his first major league hit with a single to center.

Bae stole second and moved to third after a couple of walks by his teammates, though he was left stranded as the tying run.

In 2019, Bae was suspended for 30 games while with the Pirates' High-A affiliate for violating Minor League Baseball Player Domestic Violence, Sexual Assault and Child Abuse Policy. This stemmed from an incident on New Year's Eve in 2017, when Bae, then 18, allegedly assaulted his then girlfriend. Bae was later convicted of assault in the southeastern city of Daegu, though he was only fined 2 million won (US$1,405) without having to serve any jail time.

The Pirates have since supported Bae, saying he has completed a treatment program under the big league policy and he has matured over the years.