Kim Sung-soo, a user representing 201 players of the game, submitted the suit with the Seoul Central District Court on Friday on behalf of the group, with each demanding 200,000 won (US$140) in refund from Kakao.

According to Kim, the group is part of more than 7,000 users who have expressed their intent to participate in the suit. More players could potentially join the legal action during the course of the trial.

Kim and the group's legal representative claim the purported damages caused by Kakao's alleged mismanagement is estimated at somewhere between 8 billion won and 9 billion won. 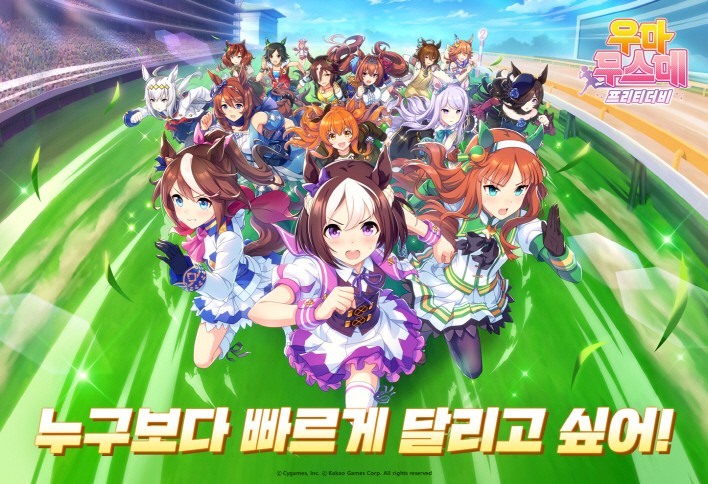 First released by Japan's Cygames in 2021, the Korean version of the mobile simulation title was published in June by Kakao Games, the gaming unit of South Korean tech giant Kakao Corp. In the live service game, users train and develop their uma musumes, or "horse daughters" in Japanese, through derby competitions.

The title was the biggest new release for Kakao Games this summer and remains one of the top downloaded games on major mobile app stores in South Korea this year.

The legal action came amid a whirlwind of complaints having surfaced on the game's official online community site, alleging Kakao Games of poorly managing the South Korean service.

Disgruntled players even staged a widely-reported demonstration event -- in which a real horse-drawn carriage with a banner criticizing Kakao Games was mobilized -- in front of the company's headquarters in Seongnam, south of Seoul, in late August.

Kakao Games CEO Cho Kye-hyun has issued apologies on multiple occasions, and the company even organized an in-person meeting with players to discuss issues surrounding the user confidence fallout but failed to appease the user outrage.

The controversy also took a toll on company's investor confidence, with its stock price plunging over 5 percent on Sept. 1 when the news of a possible suit first surfaced.

"If the game company apologized and promised to change from the start, I don't think we would be here today," Kim told reporters at the court Friday. "As someone who truly enjoys the game and even purchased stock of Kakao Games, I'm pushing forward with the suit as if piercing my own heart with a sword," he added.

Shin Jae-yeon, an attorney at LKN & Partners representing the players, said the suit was about seeking compensation for the mental and property damages of players caused by "poor management" of the game. 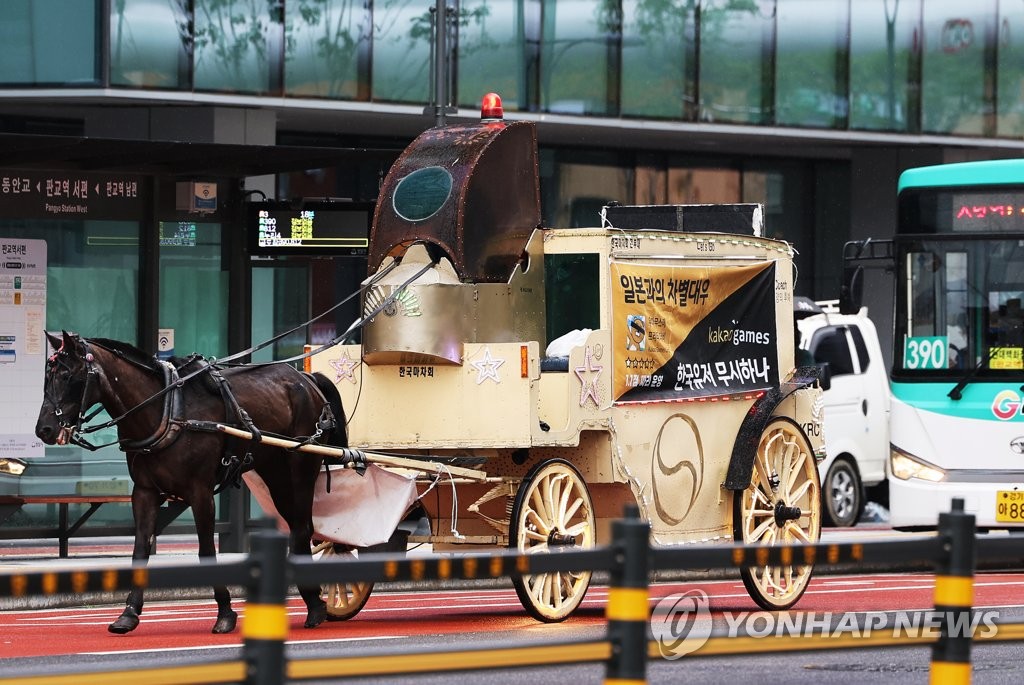 Despite the strengthening of players' action against the company, whether they can win in court remains to be seen. Regardless of the trial, many gaming community watchers argue that the industry as a whole should reflect on the controversy as a teachable moment to present better gaming consumer protection measures.

Rep. Ha Tae-keung of the ruling People Power Party, who has been closely monitoring the issue, said game companies should set up dedicated consumer rights protection organizations to protect the rights and interests of users.

Rep. Lee Sang-heon of the main opposition Democratic Party pointed out there were "various problems" surrounding the game management of Kakao Games and pledged to improve game consumer protection through legislation.