SEOUL, Sept. 27 (Yonhap) -- President Yoon Suk-yeol on Tuesday visited a mourning altar for seven people who died in a fire at a Daejeon outlet mall earlier this week.

Yoon paid his respects at the altar set up on the site of Monday's fire at Hyundai Premium Outlet mall in the city 160 kilometers south of Seoul, according to his office.

The president happened to be in the area as he presided over a Cabinet meeting in the central city of Sejong earlier in the day.

He comforted the families of the victims and thanked firefighters for their work after being briefed by officials on the damage, his office said.

An investigation is under way into the exact cause of the fire, which broke out in the basement where the victims, including cleaning and delivery staff, were working.

No customers were injured as the fire started before the mall's opening hours. 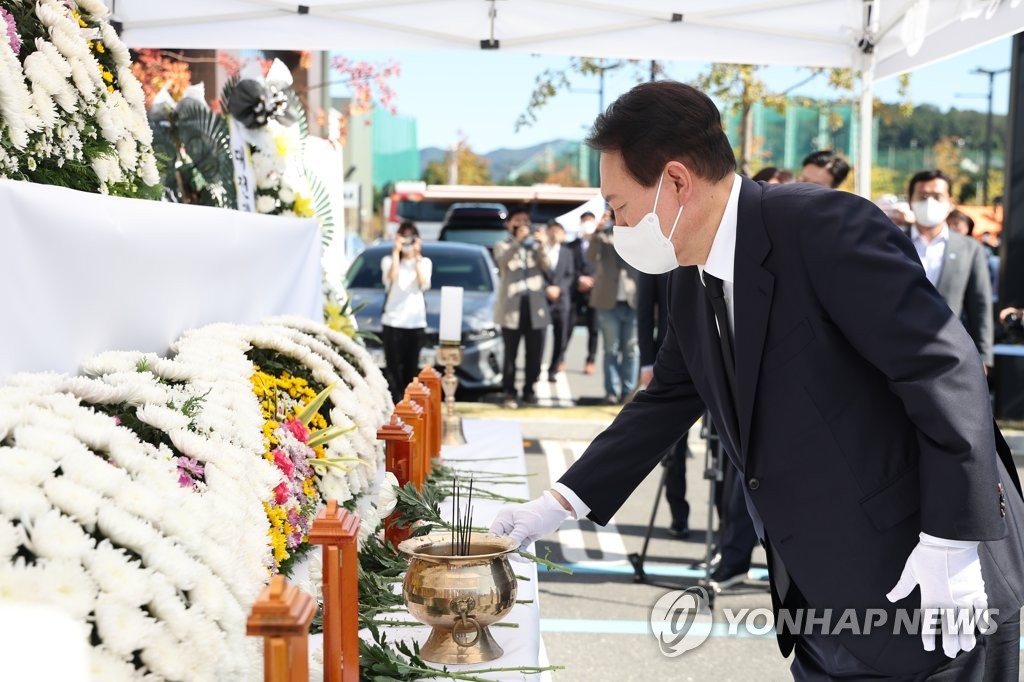