South Korea and Japan "are close neighbors and important cooperative partners who share democratic values and principles of market economy," Han said during the meeting with Kishida held a day after he attended the state funeral of former Japanese Prime Minister Shinzo Abe.

"The new government of the Republic of Korea, which was launched in May, continues to emphasize that it is in their common interest to swiftly improve and develop Korea-Japan relations," Han said, referring to South Korea by its official name.

Kishida said he is "heartily" grateful for condolences to Abe by South Korea and President Yoon Suk-yeol. 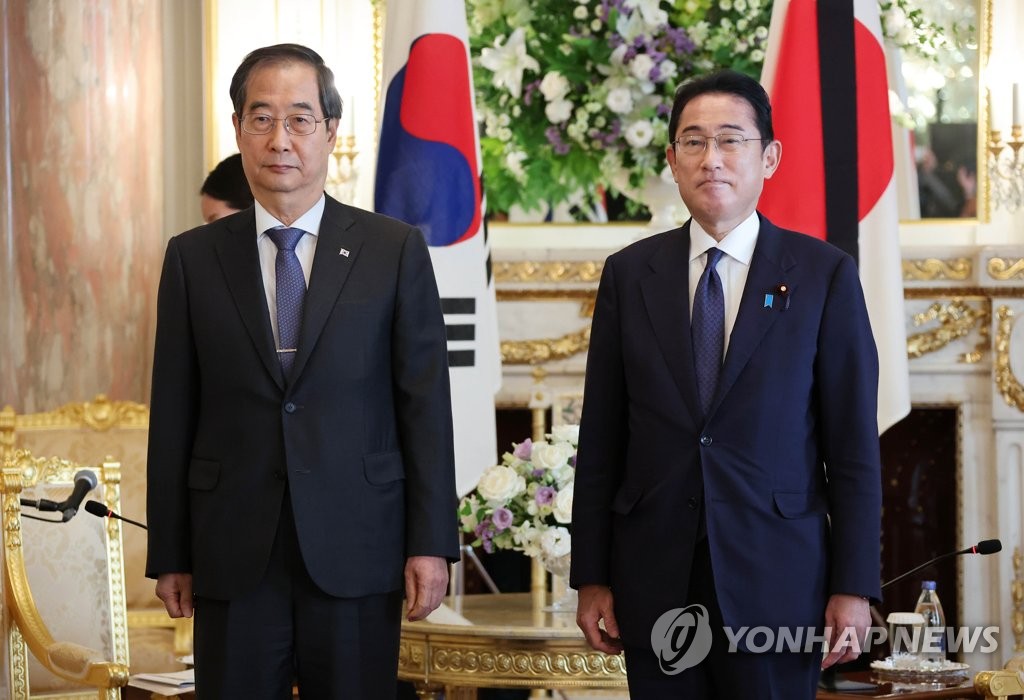 The meeting in Tokyo came less than a week after Yoon and Kishida held talks in New York and agreed on the need to improve relations between the two countries by resolving pending issues.

The Yoon-Kishida meeting marked the first one-on-one talks between the leaders of the two nations since December 2019 and raised hopes of improving relations badly frayed over wartime forced labor and other issues related to Japan's 1910-45 colonial rule of the Korean Peninsula.

During the meeting, Kishida mentioned his talks with Yoon in New York, saying he felt Yoon is committed to improving relations with Japan, according to Han.

The foreign ministers of the two nations were also ordered to review measures to mend relations, Han said.

Han said Kishida told him that South Korea and Japan have "a lot of work to do" in Asia and the world, including supply chain issues.

When asked about the progress of consultations between Seoul and Tokyo on the compensation issue of wartime forced labor, Han replied, "The two leaders demand the foreign ministers of both countries discuss this issue and find a solution."

Han and Kishida did not go into detail on how to resolve the issue of wartime forced labor, but they agreed that the two nations should find "the best solution" on the matter and should step up consultations, Cho said.

Han and Kishida also agreed to bolster Seoul-Tokyo and Seoul-Washington cooperation for peace and stability on the Korean Peninsula, the region and beyond, given the tense international situation, including North Korea's recent test-firing of a ballistic missile, Cho said.