Deputy Trade Minister Jeong Dae-jin met with 18 ambassadors to Seoul from EU nations, including Denmark, Ireland, Austria, Italy and France, and asked for their attention to the discriminatory nature of the Inflation Reduction Act (IRA), according to the Ministry of Trade, Industry and Energy. 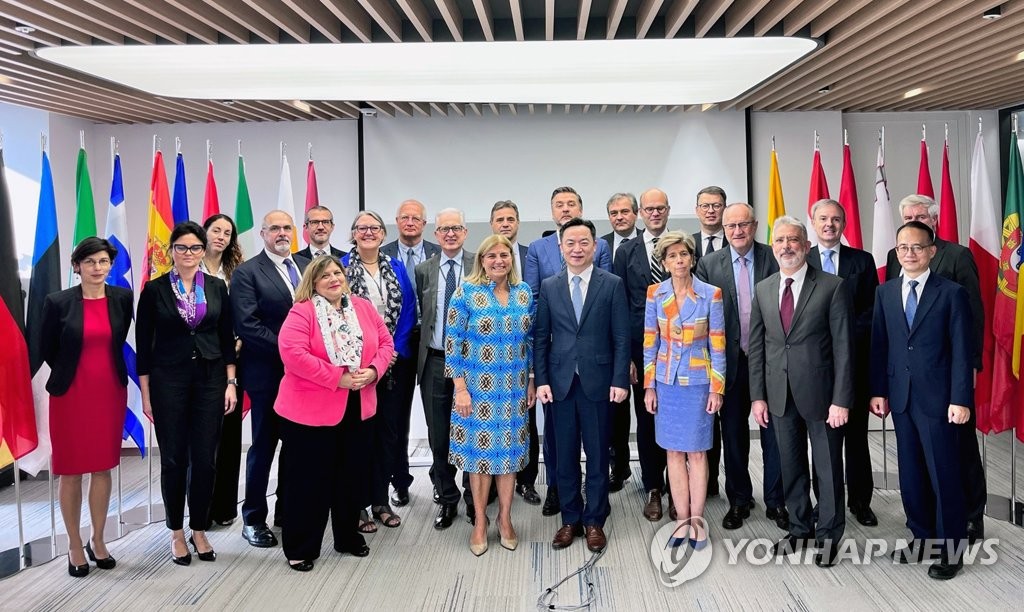 The IRA, signed by Biden in August, gives up to US$7,500 in tax credits to buyers of EVs assembled only in North America, sparking concerns that South Korean and some European automakers will lose ground in the U.S. market, as they make EVs at domestic plants for export to the U.S.

The Seoul government has been in talks with Washington to devise measures to resolve the issue and has sought to work closely together with nations that also faced the challenges.

During the meeting, Jeong and the ambassadors also discussed ways to ensure stable supply chains between the two sides and to cooperate on major projects by EU nations on nuclear power generation.

South Korea hopes to participate in major nuclear power plant construction projects in EU member nations, including Poland's program of building six nuclear reactors and the Czech Republic's project to rebuild an additional reactor in its southern region of Dukovany.