Chung and fellow South Korean Kwon Soon-woo defeated Hans Hach Verdugo of Mexico and Treat Huey of the Philippines 2-6, 6-2 10-8, in the first round of the men's doubles at the ATP Eugene Korea Open at Olympic Park Tennis Center in Seoul. 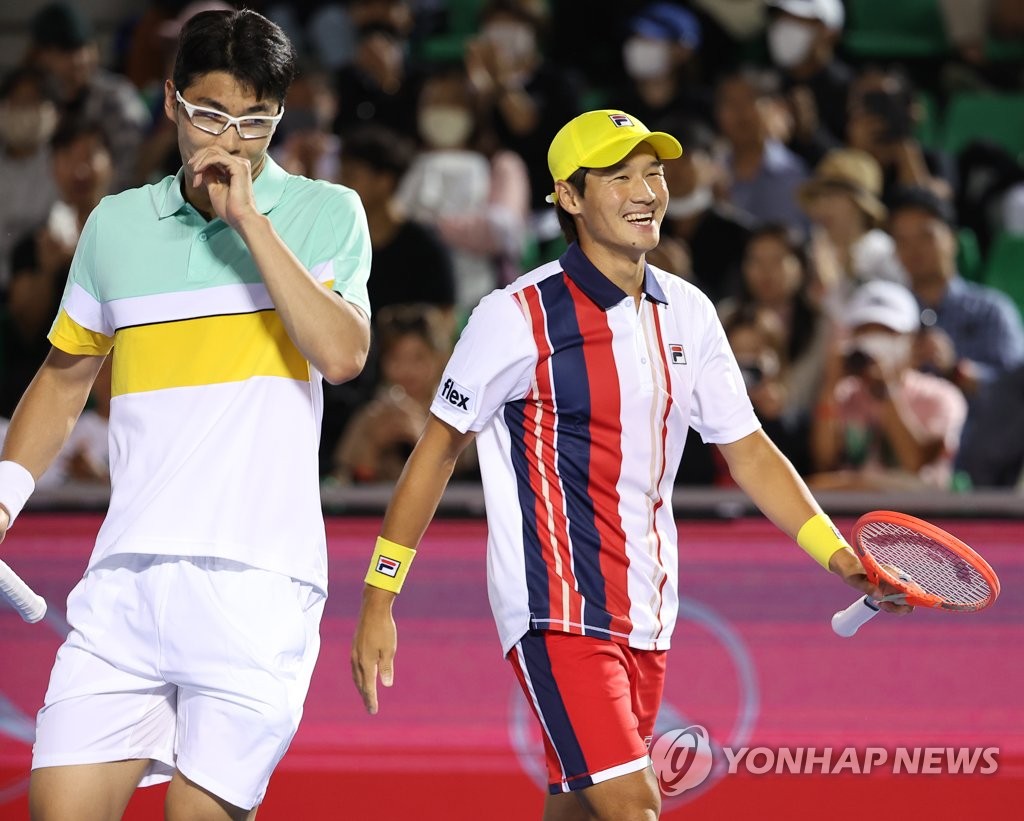 In the quarterfinals, Chung and Kwon will play Andre Goransson of Sweden and Ben McLachlan of Japan.

This was Chung's first ATP match since the French Open in September 2020. Chung had been sidelined with a back injury.

The South Koreans dropped the first set without much of a fight, but returned the favor in the second set as Chung rediscovered his backhand stroke.

In the 10-point tiebreaker for the third set, the teams were deadlocked at 8-8 before Chung set up a match point with a volley.

Kwon then closed out the match with a nifty lob.

Chung said after the victory that he was going to rely heavily on Kwon in his first match back, since he's still in the process of getting his match feel back.

"Given that this was my first match (in two years), I am satisfied with myself," Chung said. "But I think I need to put in more time to get back to the level I was playing before. I will try to play better in the next match and help Soon-woo a little bit more."

Kwon, 17 months Chung's junior at 24, said he must have been as nervous about Chung's return to the court as Chung himself.

"I was just so excited that I forgot to celebrate our victory properly," Kwon said with a smile. "Hyeon kept his composure at critical points of the match. He still has good tennis left in him." 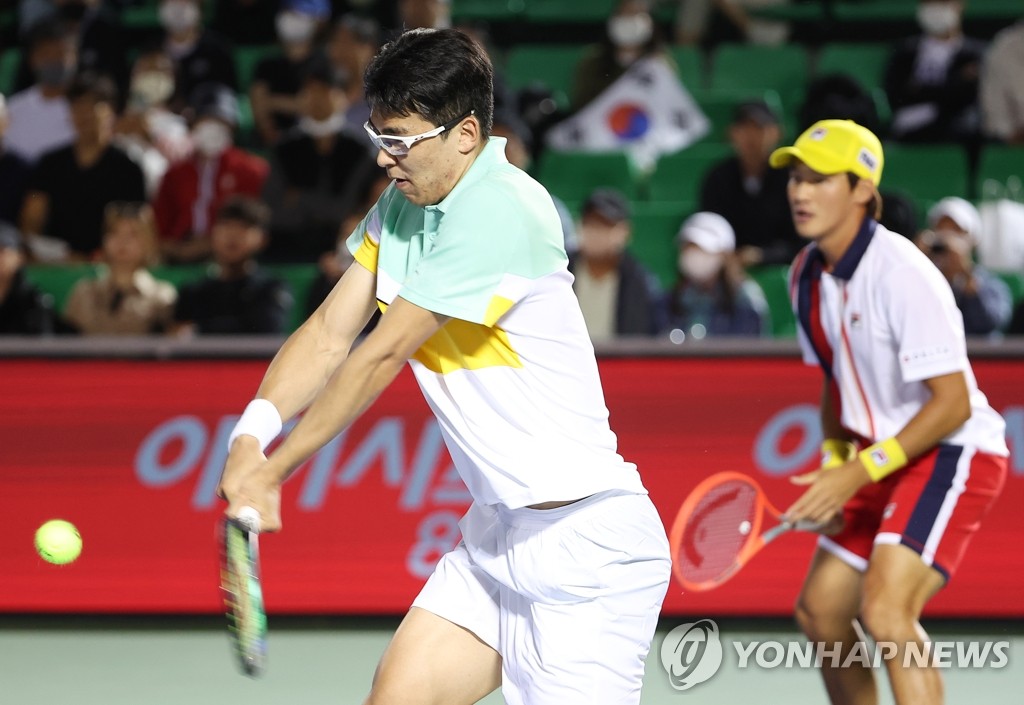 In the doubles, Kwon is No. 288, while Chung, with no competitive record over the past two years, is not ranked. Goransson is No. 72 and McLachlan is No. 83.

Earlier Wednesday, the one other South Korean tandem in the tournament, Song Min-kyu and Nam Ji-sung, defeated Robert Galloway and Alex Lawson of the United States 3-6, 6-3, 11-9 in their first round match.

The two Korean duos will meet in the semifinals if they both win their quarterfinal matches.

In the singles, Kwon is the only South Korean player remaining. He will play his second round match Thursday against Jenson Brooksby of the United States.

The top three seeds, Casper Ruud of Norway, Cameron Norrie of Britain and Taylor Fritz of the United States, will all begin their Korea Open Thursday.

This is the first ATP event in South Korea since 1996. 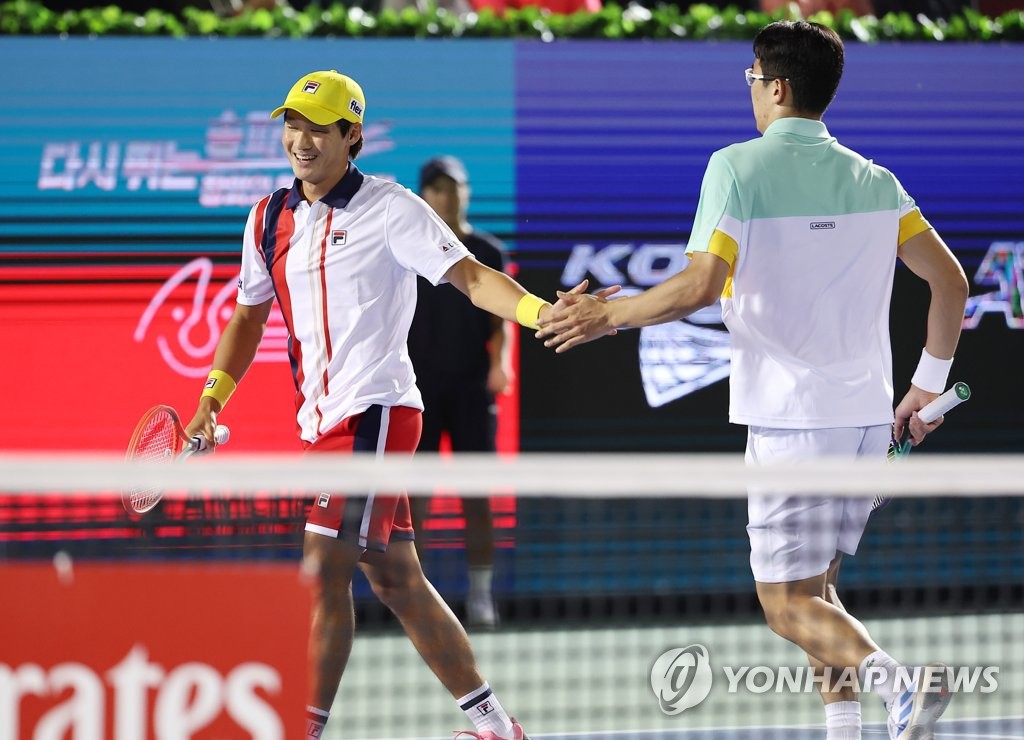